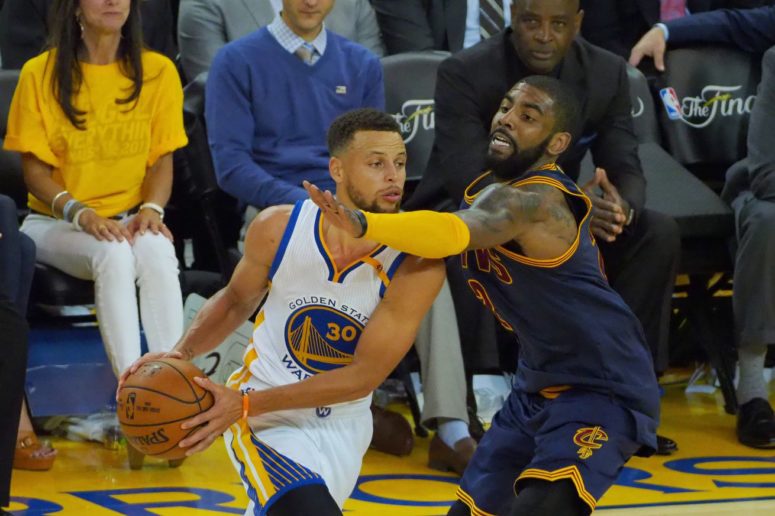 Plus another poll of Spurs fans about The Finals.

I was very surprised by the results of my piece before Game One wondering who Spurs fans should support in The Finals. First of all, I thought the residual of the Heat – Spurs Finals would make most Spurs fans root against any Lebron-team, even after he left the Heat to go home. As I recounted in my You can never go home piece after his return to Cleveland, some thought that LeBron James‘ decision to return to Cleveland was just trading in an aging Big Three in Miami for a new and younger Big Three with the Cavaliers. Not Spurs fans apparently. Stunningly (to me anyway), 80% of Spurs fans want Lebron’s new team to win the championship.

Or more accurately, perhaps, 80% wanted the Warriors to lose. From reader comments (126 of them at the latest count), Spurs fans really can’t stand this Warriors team. (Side note: While we appreciate the comments, and the passion, let’s avoid the profanity.)

In any event, 80% of Spurs fans were unhappy with the result of Game One. And those 80% are likely joined in even more misery by 100% of Cavs fans. Their team was dominated by what appeared to be simply a better team. While the Cavs players and coaches said all the right things after the game — “We didn’t play our game”, “We just need to play better” etc., the fact is that the Warriors didn’t play their best game either, but won by 20. Klay Thompson shot terribly (though often), and the Warriors missed many shots they normally make.

Indeed, the Warriors needed 106 shots to make their 113 points. Of course, the Cavs needed 86 shots to get to 91 points. The Warriors took twenty (20!) more shots than the Cavs. And despite what Jeff Van Gundy harped on during the broadcast, the Warriors’ surplus of shots did not occur because of offensive rebounding. In fact, the Cavs were the better team on the offensive board, getting 15 of their 56 misses back, while GSW had 14 offensive rebounds on their 61 misses.

The Warriors’ huge advantage in shots taken came because they took incredible care of the ball all night long. Over 48 minutes of an NBA Finals Game, the Warriors had only 4 turnovers — one of which was an offensive foul on a charge by Draymond Green. Put another way, the Cavs defense, which improved from barely league average during the regular season to excellent in the playoffs, had zero (0!) steals in the game. Not once did a Cavs’ defender steal a pass or strip a dribbler. Amazing. If the Cavs can’t force some turnovers, their chance of winning the Finals is the same as the number of steals they had in Game One.

1. Super-son Pablo, an excellent hooper himself, always tells me I am a Lebron-hater. I am not. I think Lebron is a remarkable player, and in the discussion for best player to ever play the game. But Game One had to be frustrating for Lebron. He had way too many turnovers, and wound up with a game-worst minus 22 on plus-minus. His body language was not good, and reflected his frustration.

2. Part of Lebron’s frustration probably arose from the Cavs’ inability to create mis-matches. In particular, they couldn’t get Steph Curry to switch onto either Lebron or Kyrie Irving. When Curry’s man was the screener, Curry would “show” very high on the screen, but would not actually switch. Of course, showing so high meant that Curry was 5 or 6 feet above his man — but Curry’s man never took advantage by cutting to the basket or flaring for an open three pointer. Curry normally was matched onto J.R. Smith, who played an entirely forgettable 28 minutes. Indeed, after a very early three pointer from the corner, Smith did not score another point. The Cavs will have to do something different in Game Two if Curry plays ball-screens the same way — and Curry will likely do so until the Cavs force him to do something different.

3. Was it just me, or did Game One lack some excitement? The early part of the game was sloppy, with a bunch of missed shots (or Zaza passing up open lay-ups). Both teams played better in the second quarter, but once the Warriors went on a 13 – 0 run early in third, the outcome was a fait accompli. It was just not a great game to watch for anyone besides hard-core Warrior fans.

Even though I am in the 20% rooting for the Warriors (Tristan Thompson dating a Kardashian being just too much for the Cavs to overcome), I hope to see a closer game. I know from past experience that one should not put too much stock in the outcome of one game, and that momentum in the Finals is often a myth.

But I also know that when one team is better than another, you can learn that from watching that one game. To answer my own question, I think Game One may indeed have been a precursor to a sweep.