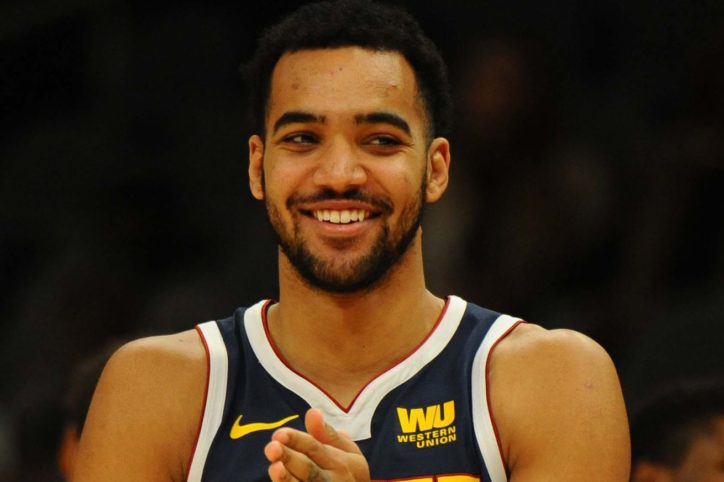 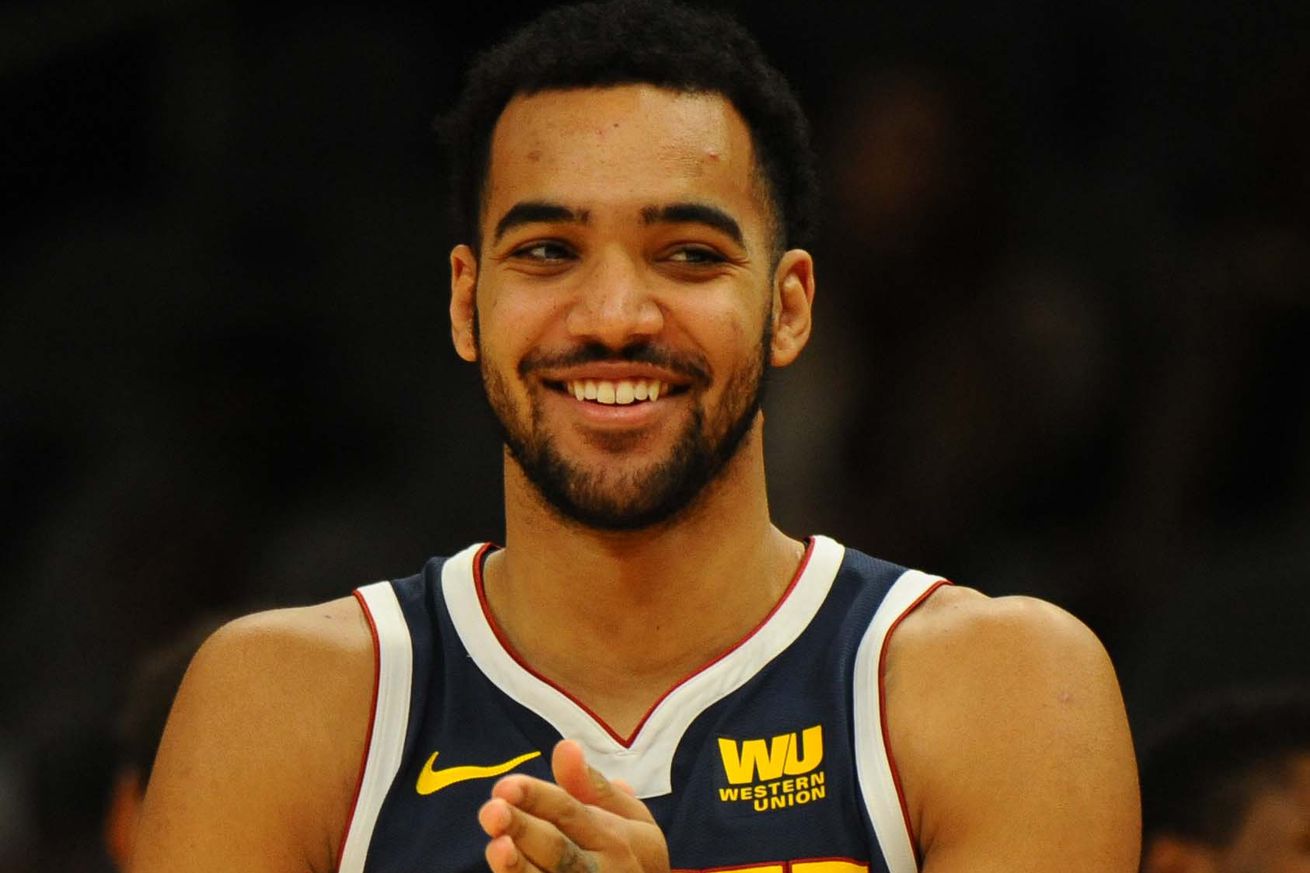 There’s a lot to like but even more to work on.

The Spurs’ acquisition of Trey Lyles was a small gamble with a large potential payout. At 6’10” and 240 lbs, he has a combination of interior and perimeter skills that could give the team more than enough flexibility to match up with any front court in the league, with depth to spare.

There’s obvious reason to be concerned about how he fell out of Denver’s rotation towards the end of last season, but that was largely a fit issue. Trey just did not work next to Nikola Jokic on either end of the court. He was one of just two rotation players on the team who had a higher net rating with Jokic off the floor than on, an issue that got a fair amount of coverage over at Denver Stiffs last season.

With a solid three big rotation that also included Paul Millsap and Mason Plumlee, it made sense for the Nuggets to give more playing time to their deep corps of dynamic wings than to continue investing in Trey, especially considering how poorly he shot from deep last season. Looking forward, Jokic isn’t going anywhere, and the Nuggets have Paul Millsap for another season and both Michael Porter Jr. and Jarred Vanderbilt on hand for the foreseeable future, so letting Trey walk was probably a pretty easy decision.

The fit in San Antonio should be far better for two reasons. First, the Spurs are famous for putting players in a position to succeed by leaning into the things they do well. Second, Trey already has the team’s favorite shot down.

Kidding aside, there’s a lot to like about his game, and it’s still easy to see what made him a lottery pick in the first place. He has the talent and physical tools to score against almost any defender.

So far, that hasn’t translated to efficient offense or much of a positive impact on winning. That’s why he was still available so late in free agency and for only $5.5 million a year for 2 years. He is most comfortable when he’s directly involved in the action, preferably with the ball in his hands. That’s the most impressive part of his game, for sure, but he uses a ton of possessions for someone who is so astonishingly inefficient.

Trey finished last season with the 3rd highest usage rate of all 11 of the Nuggets’ rotation players at 22.5%, per Cleaning the Glass (CTG), a number that would’ve put him 3rd on the Spurs, too. Unfortunately, he averaged just 1.01 points per shot attempt, 11th out of those same 11 Nuggets and well below any rotation player on the Spurs as well.

A lot of that had to do with his inexplicably bad shooting, especially from three. His marksmanship has gone through some wild swings in his 4-year career. After shooting over 38% beyond the arc as a rookie, his accuracy dropped below 32% in his sophomore season. Then, two years ago, he eclipsed 38% again before dropping all the way to 25.5% last year in what may have been the 2nd worst three-point season of all time. He had the worst three-point percentage of any of the 163 players who took at least 200 three-point attempts, despite the fact that 92.5% of his threes were classified as open or wide open and 88% were catch and shoot looks.

If he changes nothing else but manages to hit open threes at an average clip, something he’s done in 2 of his 4 seasons, the Spurs will more than get their money’s worth. With his size and skill, he can do a more than passable Rudy Gay impression when his outside shot is falling. There’s no guarantee he’ll find that form again, though. A season’s worth of three-point attempts is not usually enough to be a reliable indicator of a player’s actual abilities, so Trey’s neither as good as his two 38% seasons, nor as bad as last year’s tragic sub-26% performance.

His career shot chart, which conveniently comprises 753 three-point attempts, right at the threshold for reasonable reliability Darryl Blackport established in that last linked piece, shows a below average shooter from deep.

He made 249 of those 753 threes, a 33.1% clip that would put him just ahead of LaMarcus Aldridge but well behind every other non-center on the roster aside from Dejounte Murray and DeMar DeRozan. While it’s fair to assume Trey is actually a better shooter than when he entered the league, it’s not practical to expect a big jump from his last 4 years’ worth of performance.

That being said, the Spurs probably won’t rely all that much on Trey’s potential to space the floor with his shooting. He’s already familiar with much of what the Spurs run on offense after spending two years with Mike Malone in Denver, and he’ll continue to get many of the same touches in the form of post ups, catching at the elbow and off screens, and dribble hand-offs. He’ll also continue to be involved in a lot of horns and double drag actions.

The key to his success won’t be changing how he’s used but changing how he uses the opportunities he gets. Trey is a dynamic player capable of creating and maintaining the advantage, but too often he turns that advantage into a mediocre shot instead of passing it off for another player to exploit. He assisted on 10.6% of his teammates made shots, which is good enough to put him in the 64th percentile among bigs per CTG. But considering his usage was in the 84th percentile and his points per shot attempt was in the 6th percentile, that number should have been much higher.

To be a better and more impactful player on offense, Trey needs to re-calibrate his tendencies away from looking for his own shot first and towards finding the best shot for the team.

That means a few less of these:

And a few more of these:

A little more focus on playmaking would likely lead to a small drop in usage along with a slight uptick in assist %, helping Trey make a positive impact on the offensive end regardless of whether his shot is falling on any given night. That’s especially important because he doesn’t have much impact on the offense any other way.

He’s not a particularly good screener, averaging just 1.2 screen assists per 36 minutes last season, and his teams have been worse at offensive rebounding with him on the court every year of his career. That doesn’t necessarily mean he’s a bad screener or rebounder — being on the same team as a Jokic or a Rudy Gobert will do some interesting things to your on/off numbers that aren’t necessarily your fault — but those aren’t areas where he’s been able to influence the game so far.

That said, Trey has always been a low turnover player, despite having historically made quick decisions with the ball, a trait that helped him be surprisingly valuable even in a season where his shot abandoned him. The Nuggets still put up a positive net rating, +3.3, in the 1747 possessions he played without Jokic. That obviously had a lot to do with how much depth that team had, but it also highlights that Trey brings a bit more value than his shooting percentages alone might imply.

More importantly, his ability to give the Spurs some much needed defensive depth at the 4 and 5 should fill one of the most important gaps the team faced late last season. They needed someone who could soak up some minutes behind Rudy Gay next to either LMA or Jakob Poeltl without getting bullied down low, and while Davis Bertans did a lot of great things on the court, he wasn’t able to fill that particular role. In his place, the Spurs now have DeMarre Carroll, a natural small forward capable of playing up a position, and Trey.

DeMarre will be the better option most of the time, as his shooting and ability to effectively cover a wide variety of players will allow him to plug into almost any lineup against almost any opponent. On most nights, the Spurs won’t even have to worry about him giving up too much size. There’s a big difference between DeMarre and Rudy, though, and expecting DeMarre to match Rudy’s interior defensive presence is a stretch.

Even Trey, who is 2 inches taller than either of them, has a smaller wingspan than Rudy’s pterodactyl-like 7’3”. But some combination of DeMarre and Trey should allow the Spurs to fill that spot with productive minutes no matter the opponent, whether Rudy starts or not.

To do that, Trey needs to replicate a little of the fantastic work Rudy did last season as a help defender and off-ball problem solver. He showed flashes of that ability in Denver last year.

Unfortunately, defense has not been Trey’s calling card so far in his NBA career. His teams have been worse defensively with him on the court in 3 of his 4 seasons, and it was a wash in the 4th. Impact metrics see the same thing, with Trey falling at 468th in 3 year Luck Adjusted Defensive RAPM out of 745 players.

Part of that has to do with coming off the bench for really good defensive players, like Gobert in Utah and Paul Millsap in Denver, both of whom finished in the top 20 of those 745 players. It’s not surprising when the defense gets worse when a great defender goes to the bench.

It’s interesting, though, that the Nuggets essentially refused to give him minutes next to Millsap. In two seasons on the same team, the pair only played 70 minutes together. Given how good Millsap is, that seems like a tacit admission by the Nuggets that they didn’t believe Trey could play the 5 with any regularity.

If that’s the case, the Spurs will have to rely on Drew Eubanks should an emergency arise, at least for the 45 days the Spurs can get out of him thanks to his two-way contract. Considering their original commitment was to Marcus Morris, that’s likely what the team intended to do in the first place, but if Trey can earn those minutes instead, the team’s ceiling will move a little bit higher.

Trey’s only played 418 possessions at center in his career, per CTG, and opponents have gotten to the rim with alarming frequency in those minutes, taking about 40% of their shots within 4 feet of the basket. That’s not a particularly good sign that Trey can handle the job, but it’s also too small a sample to rule out lineup, opponent or other factors that might skew the results.

Of course, going “small” at the 5 is often a trade-off, with the expectation that both teams will score more points and the hope that the offensive benefit outweighs the defensive concession. That doesn’t sound like an idea the Spurs would be very excited about, but with Dejounte and Derrick White patrolling the perimeter, there’s a good chance the team will be able to get by just fine with less than stellar defense on the back line.

Still, Trey is most likely bound for a supporting role this year, something in the 10-15 minutes a night range. He has enough upside to make it worthwhile to play him even if he isn’t setting the nets on fire, but when DeMarre, Rudy, LaMarcus and Jakob are all healthy, there won’t be a whole lot of room to fit him in. If his shot improves, he unveils some newfound playmaking ability, or the Spurs can make him work as a small ball 5, that could change, but it’s likely all of that will take time to develop, if it ever does.