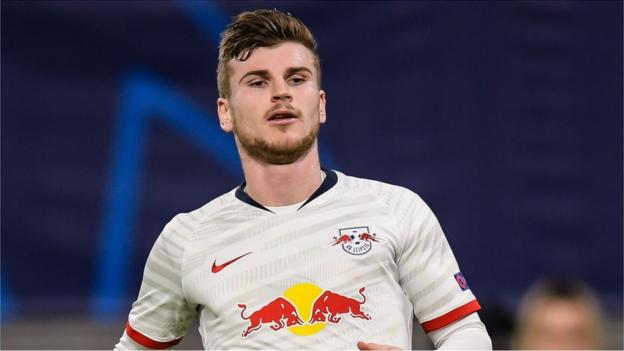 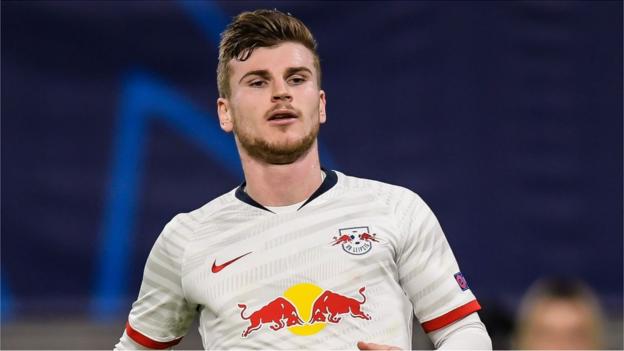 Liverpool have told Timo Werner’s representatives they need more time to decide on whether to make a formal offer for the 24-year-old RB Leipzig forward as they wait to see what impact coronavirus will have on the summer transfer window. (Guardian)

Inter Milan are preparing a part exchange with Leipzig for Germany international Werner, with 24-year-old Austrian midfielder Valentino Lazaro, who is on loan at Newcastle United, part of the deal. (Tuttosport – in Italian)

Real Madrid are preparing to make an offer to Manchester United for France midfielder Paul Pogba, 27. (Mundo Deportivo – in Spanish)

Real are also looking at a deal to sign Rennes’ 17-year-old France Under-21 midfielder Eduardo Camavinga, who United are also interested in.. (AS – in Spanish)

Sao Paulo midfielder Igor Gomez is also a target for Real Madrid, but the 21-year-old’s club has not received an official approach for the player. Barcelona, Sevilla and Ajax are also keen on the Brazilian. (Globo Esporte, via Goal)

Atletico Madrid midfielder Thomas Partey, 26, has made it clear he would like to go to Arsenal and is hoping a deal can be struck between the clubs, with 28-year-old France forward Alexandre Lacazette moving as part of the deal. (Telegraph)

Former Aston Villa forward Nii Odartey Lamptey has warned Partey against a move to England. The Ghana international is also wanted by Juventus and Inter Milan.(Standard)

Turkish side Fenerbahce are working on a deal to sign Arsenal and Germany midfielder Mesut Ozil, 31, before the end of his current deal next year. (Sun)

Brazil striker Neymar remains keen to leave Paris St-Germain and rejoin Barcelona, with the 28-year-old believed to be happy to take a 50% wage cut to move back to Spain. (Mundo Deportivo – in Spanish)

Newcastle will have to pay Tottenham Hotspur £12.5m if they want to appoint Mauricio Pochettino as manager this month – but they can sign the Argentine for nothing after 31 May. (ESPN)

Former Bayern Munich coach Jupp Heynckes believes Manchester City’s 24-year-old Germany forward Leroy Sane, who is linked with a move to the Bundesliga side, is overrated and “not worth £100m”. (Sport Bild, via Independent)

Arsenal and Chelsea are set to battle it out to sign Feyenoord’s £23m-rated Turkish midfielder Orkun Kokcu, 19. (Sun)

Leicester City have been linked with an move for 20-year-old German defender Ismail Jakobs, but Cologne want £9m from the Foxes to secure the deal. (Todo Fichajes, via Leicester Mercury)

Manchester United are close to finalising a deal for Sunderland’s English striker Joe Hugill, holding off competition from Arsenal and Tottenham for the player, who does not turn 17 until October. (Manchester Evening News)

Chelsea forward Pedro says he has “many offers” but the 32-year-old Spanish forward is waiting to speak to the Stamford Bridge club about his future beyond the end of the season. (Standard)

Ajax manager Erik ten Hag has confirmed the club have an agreement with Cameroon goalkeeper Andre Onana that the 24-year-old will be allowed leave the club this summer amid interest from Chelsea and Barcelona.(Mail)