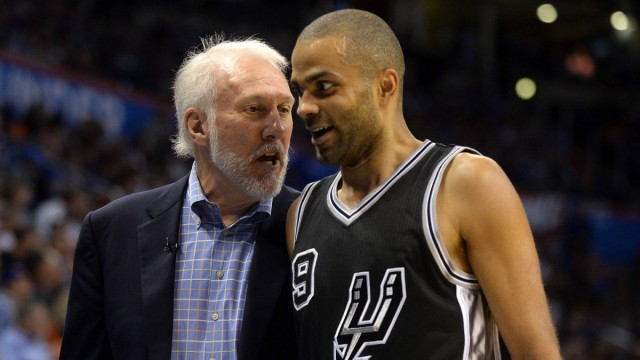 The Spurs and the Warriors will face each other twice in the final four games of the regular season, but there was a very good reason that fans weren’t wasting their time in getting too excited.

San Antonio is notorious for resting its best players in situations like these. Part of it is Gregg Popovich wanting his older guys as fresh as possible for what should be a deep run through the postseason, but there’s also a strategy element involved in not wanting to give a potential playoff opponent 48 minutes of game film to study this late in the season.

Tony Parker had said recently that he expected the Spurs to rest their players in both matchups against the Warriors, which would obviously have been very helpful to Golden State’s quest to finish with the most wins ever in an NBA regular season……Read More