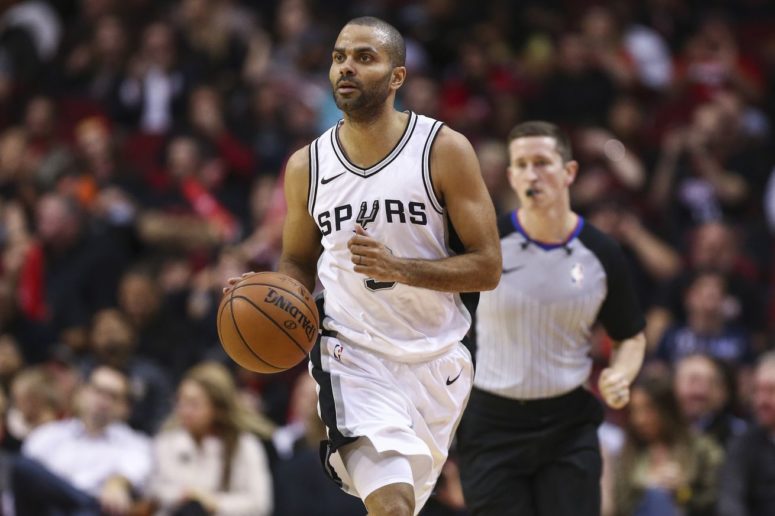 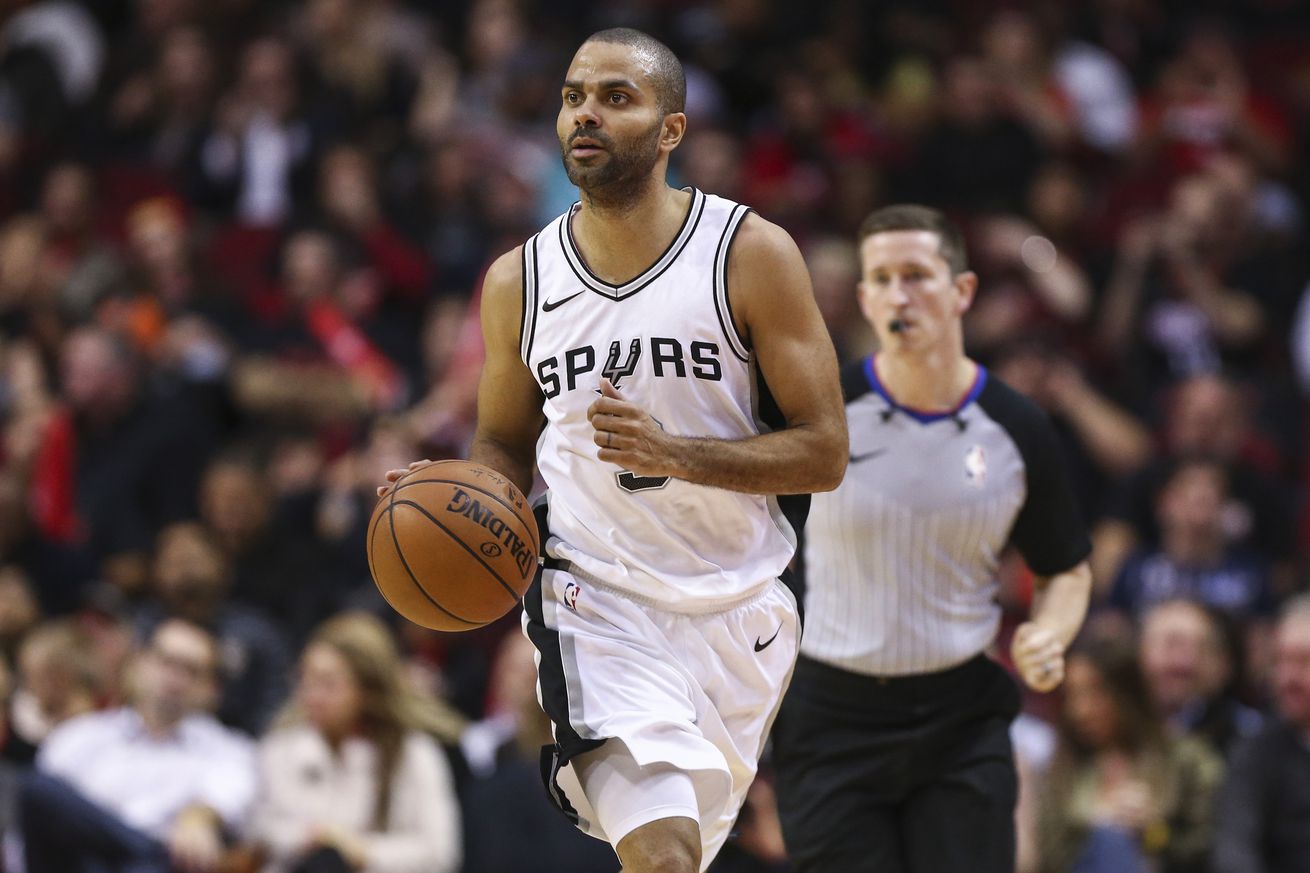 Apparently, coming back from a ruptured tendon ahead of schedule wasn’t enough, he had to improve too.

When Tony Parker went down in Game 2 of the Western Conference semifinals against the Rockets, it seemed momentous. This was not just a setback. It was and injury that could potentially end the career of the best point guard in San Antonio Spurs history.

The prognosis confirmed the initial concerns. He was going to miss at least six months with a torn quadriceps tendon. At the time, he was 35 years old and already declining fast. Even if he could return to the court, the expectations were low. The Tony Parker that could be a good starter on a contender appeared to be gone for good.

It’s still early and the sample size is small, but Parker is doing a great job of proving the eulogies premature. Since his return from injury, he’s surprisingly been better than he’s been in years.

The strangest thing about Parker’s play so far this season is that it has more in common with his peak years than the past couple of seasons. As he had been aging, Tony was transitioning into a floor general role. He got the team into its sets but didn’t create as much. His usage was down. Fewer of his field goals came at the rim and he started to hone a three-point shot. He did everything he could to adjust to a smaller role.

This season we are getting vintage Parker. He’s assisting on over 38 percent of the Spurs’ buckets when he’s on the court, a mark he’s exceeded only three times in his career. Despite playing just 19 minutes a game, he leads the Spurs in assists, and it’s not even close. Out of his 40 total dimes, 16 have resulted in three-pointers, a healthy percentage that suggests he’s sucking the defense in enough to free the shooters.

His quickness is back, and so is his aggressiveness as a scorer. We’d have to go back to the 2011 season to find a year in which he’s taken more of his shots within three feet of the rim. Per 36 minutes, he’s averaging more drives than Ben Simmons, Russell Westbrook and James Harden and converting on the resulting shots at a higher rate than anyone averaging at least 10 drives a game. He’s taken only five three-pointers so far and only 30 percent of his total makes have been assisted.

Against all odds, Parker has returned to play like a legitimate second option. He’s been mostly doing it while Kawhi Leonard has been out and on a minutes limit — but it’s impressive nonetheless. We last saw him approaching that level last playoffs, when he upped his scoring while also improving his efficiency. But back then, he used his three-point shot to do most of the damage. What we are seeing now is an almost miraculous return to speed-demon form, a stage of his career that was supposed to be over even before a career-threatening injury.

No one saw this coming. That’s at least partially what’s made watching him play like his younger self so special. Yet maybe we should have been more optimistic. The other two members of the Spurs’ Big Three had dramatic third-act comebacks. Tim Duncan looked done in 2011, only to return to form in the following seasons. Many were calling for Manu Ginobili to retire after the 2013 Finals, and he’s still a valuable piece of the rotation. Now it’s Parker’s time turn back the clock, and at this point he’s outdoing the others.

Right after elation, realism typically kicks in — so of course everyone is wondering if this level of play is sustainable. And of course it isn’t, but it doesn’t matter. Parker likely won’t be able to be an offensive fulcrum going forward, once touches are scarcer and his legs get tired. In any case, the Spurs shouldn’t need this of him if Leonard returns to form.

What will happen months from now seems almost besides the point, anyway. What’s important is that Tony Parker’s career seemed all but over just a few months ago and now he’s doing things that we didn’t think we’d ever see from him again.

We’d all be foolish to not enjoy it, regardless of how long it lasts.

More of this please

Sean Eilliott is a Spurs legend. He’s also a gigantic homer as a broadcaster. He’s so brazen about it that it sometimes bothers me, someone who is rooting for the same team he is. So I can understand why others avoid the Spurs’ broadcast like the plague on league pass. It’s just not a lot of fun to hear Elliott talk. Except when he breaks down plays.

Elliott has become an expert at picking simple sequences and pointing out little things the audience might have missed. A good example is this quick breakdown of a Manu layup against the Clippers.

Elliott explains how Manu froze DeAndre Jordan in clear terms, and gets to show off his charisma while doing it. A few minutes earlier he had broken down another similar Manu play, in which instead of using the hand-off screen he cut through the middle of the paint for an open layup.

Those breakdowns are not something that will expand viewers’ understanding of the game greatly, but they are fun little nuggets of wisdom. They allow us to see the best side of Elliott as a commentator and make the Spurs’ broadcasts unique.

The “loop” set is probably the most well-known Spurs set from the old days. You all probably know how it goes. The man on the corner — typically Manu — makes a zipper cut. The point guard then has three screeners set up along the baseline. There are a bunch of variations to it. We’ve covered this before.

But with the Spurs running their offense through the post more often, the set that was once a staple of the offense is used less often. When it is run, it typically sets up the offense instead of resulting on an open look. Yet Pop dusted it off for the biggest possession of the Blazers game.

You can see Pop frantically calling for the play. The Blazers know what’s coming. Since it’s Patty Mills using those screens instead of Parker, he can easily double back to the corner, where he can pull the trigger. That variation is called “Zip trip peel” and it is fantastic. His defender closes out hard and Patty has an open lane to the hoop.

I just love this old favorite. The classics are classic for a reason.

Stats courtesy of Basketball-Reference and NBA.com/Stats