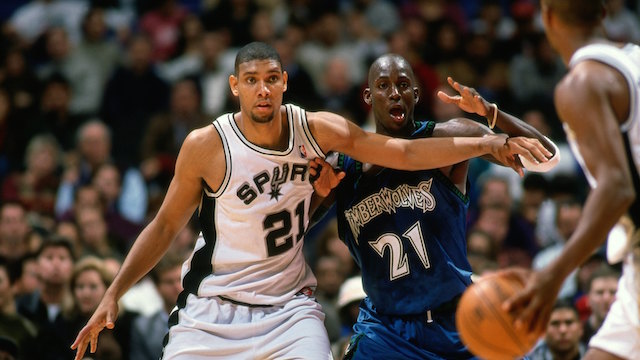 Considering that this is the year that the NBA will say goodbye to one of the greatest guards of all time in Kobe Bryant, Spurs fans should look to Tim Duncan for inspiration on aging in the NBA. The word ‘graceful’ comes to mind. ‘Lucky’ is another, and even ‘prepared’ can describe the forward’s ability to predictably produce for San Antonio at the age of 39. The oldest players in the NBA are: Pablo Prigioni (38), Vince Carter (38), Kevin Garnett (39), Duncan (39), and Andre Miller, who at 39 is the oldest active member of an NBA franchise. The parallels between Duncan and Garnett are evident, and an analysis is warranted. Garnett is one of the NBA’s all-time greatest power forwards. He has been an NBA MVP (2004), Defensive Player of the Year (2008), and a four-time recipient of the All-NBA First Team distinction…….Read More