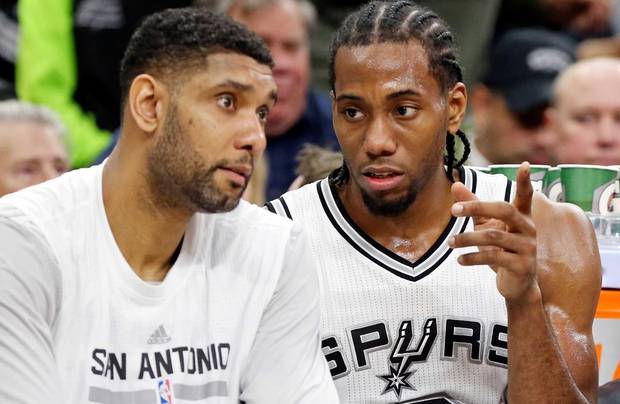 In the past two years, San Antonio forward Kawhi Leonard has won an NBA Finals MVP award, a pair of Defensive Player of the Year trophies, has been named an All-Star starter and has emerged as a viable league MVP candidate.

Leonard, by any measure, is a bona fide star. His future Hall of Fame teammate, Tim Duncan, says it is now time for the 24-year-old to be treated as one.

“He’s gotten to the point now where people are being a lot more physical with him, but people are still being allowed to get away with a whole lot of stuff,” Duncan said. “That gets him fired up, and rightfully so.”

Indeed, Leonard has been more vocal than ever with officials this season, arguing his case when he feels as if he has been wronged.

It is about the only time the famously quiet Leonard will show emotion on the court.

Leonard is coming off a monster first-round series against Memphis, in which he averaged 21.5 points, 2.8 blocks and 2.8 steals, while hitting 61.1 percent of his 3-point tries in the Spurs’ sweep………Read More