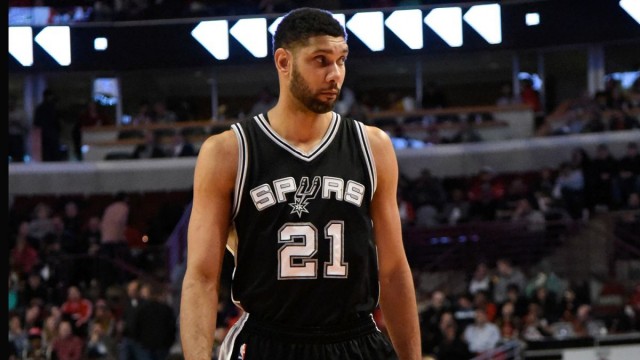 Before Kobe Bryant and LeBron James were dueling for their final time in Los Angeles, Tim Duncan continued his quiet march up the NBA career leaderboards, becoming the sixth player in NBA history to grab 15,000 rebounds:ncan is quietly making a case as the greatest big man ever.

Following the San Antonio Spurs’ 109-101 win over the Chicago Bulls, Duncan had the most Duncan response to his milestone:

“I don’t know what they’re supposed to mean,” Duncan said. “They are what they are. Everybody keeps asking how does it feel. I don’t know what it’s supposed to feel like. I’ve been at it for a long time. I’m honored to be on a list with these guys and when I look back it will mean a whole lot, but right now I’m just trying to play better, trying to get healthy and trying to help the team.”

Look at the other five names on the 15,000-rebound list……Read More