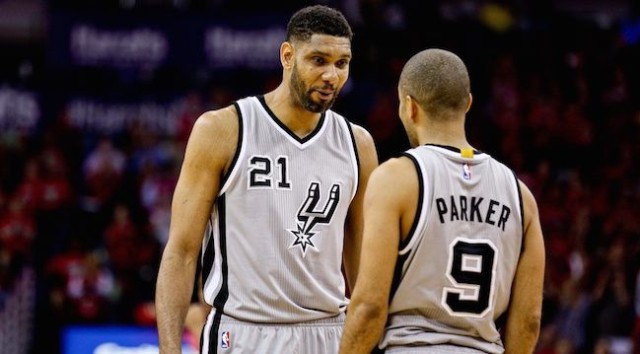 San Antonio Spurs big man Tim Duncan is out indefinitely after undergoing an MRI for a sore right knee. Per Spurs head coach Gregg Popovich, there’s no timetable for Duncan’s return. The reason is simply: Pop doesn’t know when Duncan will be ready again, so he’s not even going to speculate.

“I don’t do timetables,” Popovich said via ESPN.com. “They never work, because [the situation becomes], ‘But you said it was gonna be [ready].’ When he’s ready, he’s ready.”

It’s a fair enough explanation, but also signature Pop. As for what this means for the Spurs, Duncan has already missed three of the last four games (vs. Houston, Golden State and Phoenix). David West started against Golden State, but the probability of him starting again likely depends on the lineup Popovich wants to roll with from game to game. Additionally, while Duncan may be the technical starter, his overall minutes have understandably decreased over the years. Through 37 games in 2015-16, he’s been on the floor just a click under 26 minutes per game — by far the lowest of his career……Read More

Source: Tim Duncan Had An MRI On His Knee And Gregg Popovich Isn’t Giving A Timetable For A Return – UPROXX