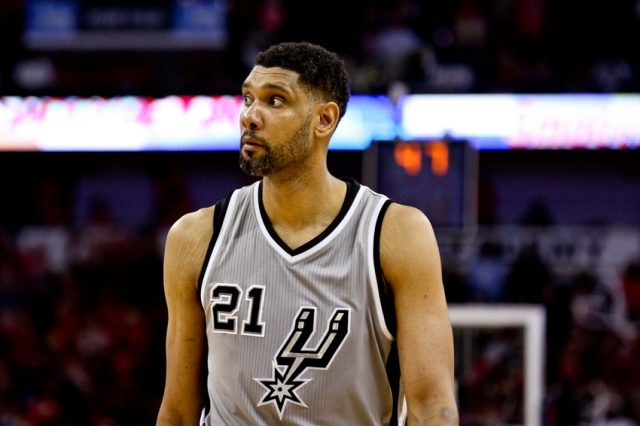 Tim Duncan gave his last interview on Wednesday, in typical Duncan fashion. He stayed home with his best friend, to give his official say so on his own life, career and retirement.

He’s been hailed and showered on social media with all kinds of accolades and praise, but never watched any of it. He said the debate of his place in history is not his concern, but that he’s just honored to be in the discussion. That is simply Tim Duncan. The Spurs lifer that changed the teams culture forever.

There was a time when he was ready to leave San Antonio, and almost did. Much of the fuss this summer about Kevin Durant joining the Golden State Warriors, and in years past LeBron James joining the Miami Heat, regarding joining other stars to form a team with a core of great players was sort of on Duncan’s menu as well.

1,643 games for the Spurs, that almost didn’t happen. He maintains he was very close to leaving San Antonio. That’s almost unthinkable, but what happened exactly?

Once the Spurs moved into the summer of 2000, the Spurs core started to dissipate. Mario Elie, Avery Johnson and David Robinson were all rapidly climbing the wrong side of 30. The Los Angeles Lakers and Portland Trail Blazers became Western Conference powerhouses, and the Spurs didn’t seem to have another run in them to compete with stacked rosters. They had lost in the first round, and there just wasn’t an attractive situation on the horizon.

With the summers free agency in full force, another, more enticing situation reared its head.

The Orlando Magic looking to improve its team gave their pitch to Duncan. The plan was to team him up with Grant Hill, and an young up and comer who progressed into stardom rather quickly in Tracy McGrady. Small market team, warm weather city, great core to build upon. Exactly what he would’ve enjoyed in San Antonio…..Read More