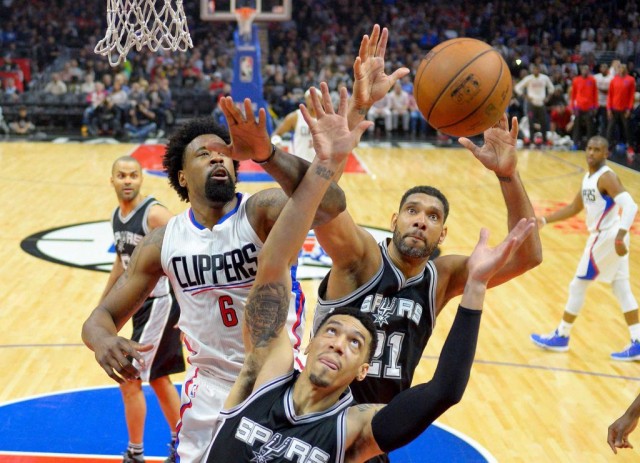 AT&T CENTER – For the season as a whole, the San Antonio Spurs make 7.1 three pointers on 18.7 attempts per game, which ranks them as the second best 3-point shooting team in the league at 38.1% from beyond the arc.The last time the Spurs made more than seven 3-pointers in a game was over a week ago, on March 5, when they defeated the Sacramento Kings in the AT&T Center. That evening, the Spurs made 8 of their 24 three point attempts.Since then, beginning with a loss on the road in Indiana, the Spurs have made just 18 of their last 88 threes in their last four games (20.4% from three). First, you can’t put much stock into a four-game sample size, but until the Spurs do hit over seven, I’ve decided to dig a bit deeper into their cold streak from beyond the arc lately.In discussing the Spurs’ shooting woes, it’s important to look at the players responsible for taking a majority of their 3-pointers on a nightly basis. When looking at players that attempt over two 3-pointers per game, the Spurs have four main shooters: Danny Green, Kawhi Leonard, Patty Mills and Manu Ginobili. If any of those four struggle from distance, it’s going to impact the team just a bit. The problem over these past four games is that it’s not just one or two of them struggling, but instead, all four have been having issues sinking the long ball in the team’s….Read More