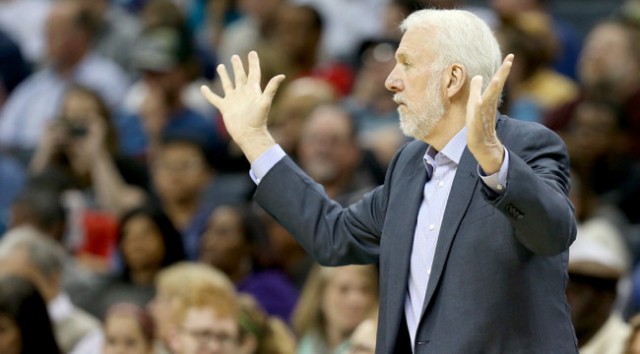 Can you imagine the feeling that overcomes Chrissy Teigen’s whole body before husband John Legend sings to her? The closest you may get to experiencing that on your own is by watching this play the Spurs pulled off during Monday evening’s game in Charlotte.

Yes, San Antonio lost 91-88, even after holding the Hornets to a mere seven points during the first quarter. But if you can pull off a play like this — six passes in seven seconds, ball movement so beautiful that even a Josh Hartnett movie about it couldn’t ruin it — maybe you should just get the win.

At this point, similarly to when “All of Me” goes on the radio, it should be socially acceptable to start tearing up whenever you watch the Spurs. It’s beauty personified. It’s as if God has decided to reveal himself (or Herself — Ed) to the world and figured (s)he’d use Texas’ second-biggest city to do it. The same could be said of some of the Warriors’ plays, but Gregg Popovich’s San Antonio squads are the originators of the one-pass-a-second plays that go viral almost as quickly as the team moves the ball around the perimeter.

Source: This Spurs Play Is The Most Beautiful Thing You’ll See Today

This is the most beautiful thing you’ll see today from the Spurs.