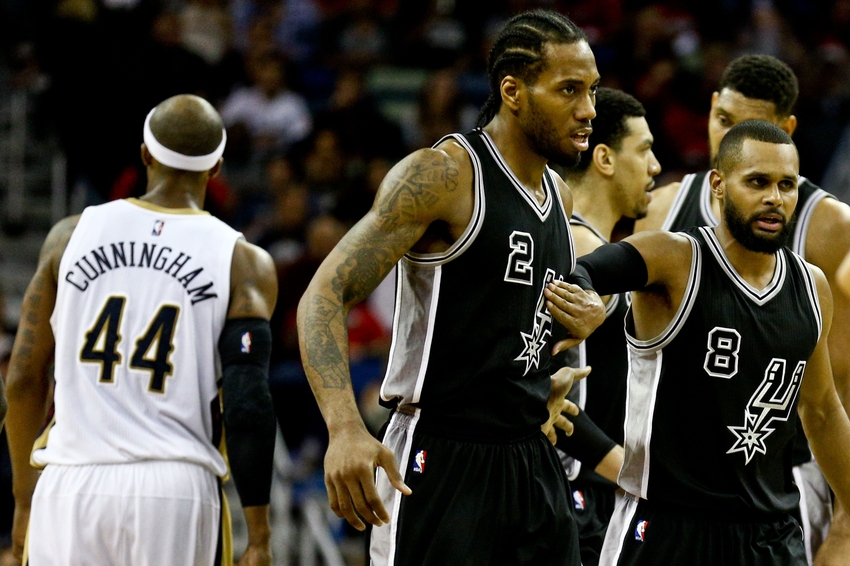 San Antonio Spurs basketball is officially back as training camps kicked off on Tuesday. The Spurs just had their first practice, and Kawhi Leonard said he already feels Tim Duncan’s absence.

San Antonio is heading into a season where they will be without one of their main players for the past 19 years in Tim Duncan. Duncan’s retirement may or may not have come as a shock to many, but it is already starting to hit close to home for some players, including Leonard.

“Just knowing that he’s not here, his personality isn’t here, jokes that he makes during practice, those are the things I’m missing right now,” Leonard said Tuesday.

Over the course of his career, Duncan was a great leader, teacher and someone that can ease the tension on the floor, as Leonard stated with his joke making during practices.

He is the type of player that any team would dream of wanting. He has never been the one to say it is about him. But, the team.

With the first day of camp in the books, it is not known what exactly the Spurs are going to miss from Duncan’s absence.

“We don’t know what we’re going to miss on the floor,” he said.

The hole that Duncan leaves obviously extends beyond the 8.6 points and 7.3 rebounds a game he averaged last season.

As it has been built up from being named Finals Most Valuable Player, this season for the Spurs is now Leonard’s team. This is the time for him to step up and become the leader…..Read More

Source: This is the year for Kawhi Leonard to become a leader | FOX Sports