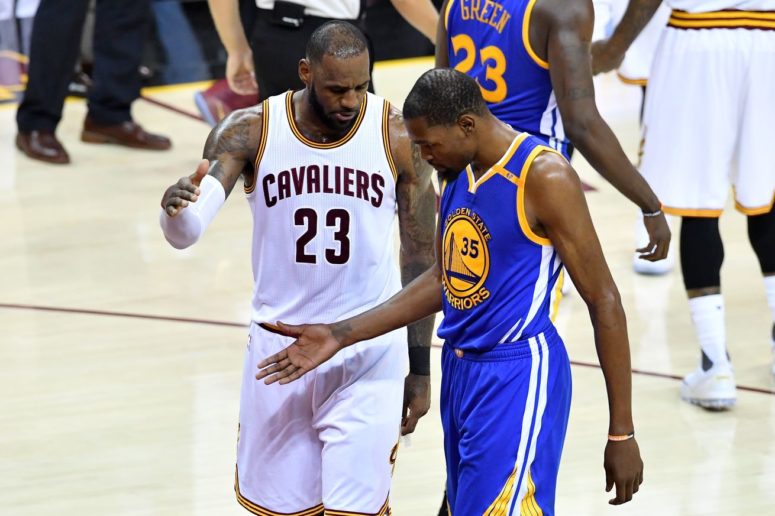 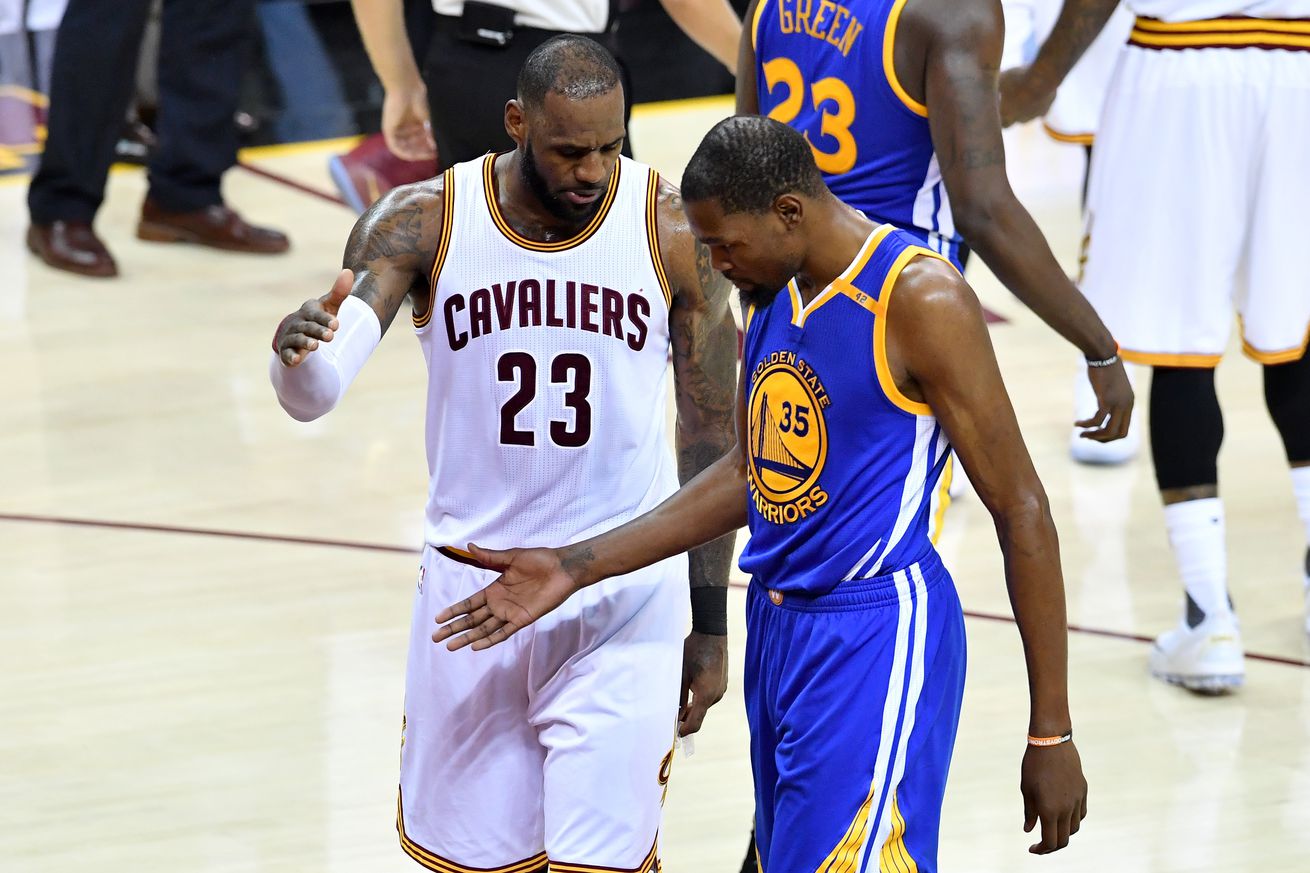 Despite the intensity, there were quite a few similarities between Friday’s Finals game and the league’s annual basketball exhibition.

In the piece I wrote before the start of the NBA Finals, I encouraged fellow Spurs fans to watch the NBA Finals even though San Antonio wouldn’t be in it. (Thanks, Zaza.) One reason to watch, I wrote, was the chance to see something historic:

First, the fan can decide that he doesn’t care about who wins, and not even pay attention to what happens after his team is eliminated. In my view, this is a bad choice. Championship games are history-in-the-making, and missing the chance to watch history unfold is a missed opportunity.

Going into Game Four, our latest poll showed that 67% of Spurs fans believed that the “something historic” which would happen Friday night would be the Golden State Warriors becoming the first team ever to go undefeated in the entire playoffs. (Thanks again, Zaza.) That was my belief too.

Instead, the Cavs put on an historic offensive show that made the stout Warriors defense look like the Washington Generals, or even worse, an All-Star game “effort”. Indeed, Cleveland’s 86 points in the first half was only one point less than the Western Conference All-Stars scored in the first half of the 2017 All-Star game — a game in which (after Kawhi Leonard’s early steal) neither team pretended to play a lick of defense.

Everyone who played more than 10 minutes for the home team shot over 50% — even Tristan Thompson. The ghost of Deron Williams also pitched in, scoring his first points of the Finals after going scoreless for three entire games. Williams had been so bad that I wonder if LeBron was praying for a quick signing of Mario Chalmers to play back-up point guard.

LeBron also had an All-Star Game type moment — but this was a real play in a real Finals game, and one which demonstrated his amazing basketball instincts after he got caught in the air with nothing to do — except pass it to himself off the board. If you didn’t watch the game, you missed watching this happen live:

I hope the official scorer gave LeBron an assist and not a missed shot, because that play truly was a legal “pass to himself”.

So, even though the series was 3 – 0 going into Game Four, and the game was on a Friday night when other activities beckoned, and the Spurs weren’t playing, Game Four was very much worth watching. The thing about sports in general, and basketball in particular, is that you never know when something historic will happen. And something historic happened in Game Four in Cleveland. I am glad I watched it, and I hope you did too.

1. Silly ESPN headline of the day: “Stephen A: Warriors do not want to blow a 3 – 0 lead.” Thanks for clearing that up, Stephen A.

2. The unstoppable Warriors’ shooters were very stoppable. While the Cavs, almost all of them, were drilling 3s from all over the court, at a 53% pace, the Warriors shot an incredible (as in incredibly bad) 11 for 39 from three. 28%. But despite that, the Warriors scored 116 points. Indeed, the Warriors’ 68 points in the first half was the most they had scored in any half in the Finals. Of course, those 68 points left them down 18 points at halftime. And since Zaza did not knock LeBron or Kyrie Irving out of the game to start the second half, the Warriors could not overcome that deficit.

4. Many commentators said that the Cavs needed to “slow the game down” to beat the Warriors. A team can only slow down what it can control — generally its own offense. A team can’t control how fast the other team plays — except by scoring and making the other team take the ball out of bounds. Which means that if “playing slow” decreases your own chance of scoring, all you are slowing down is your own offense. What Game Four showed, and what the Spurs showed in the first game of the regular season (and the first game of the WCF) is that scoring the ball — whether by playing fast or slow — is the best way to “slow” the Warriors. And having an other-worldly historic scoring and shooting night is undoubtedly the best way to do it.

I don’t expect the Cavs to be historic twice in a row. This also means I think the Warriors will close out the season in Game Five. What do you expect to happen?