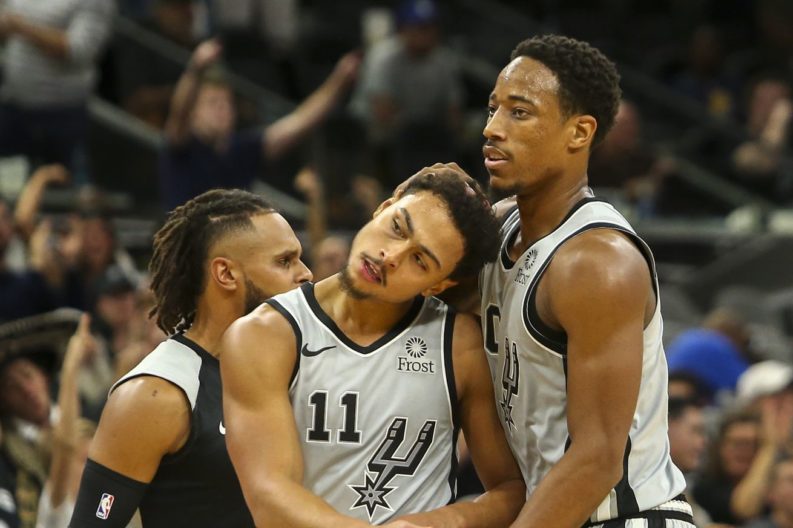 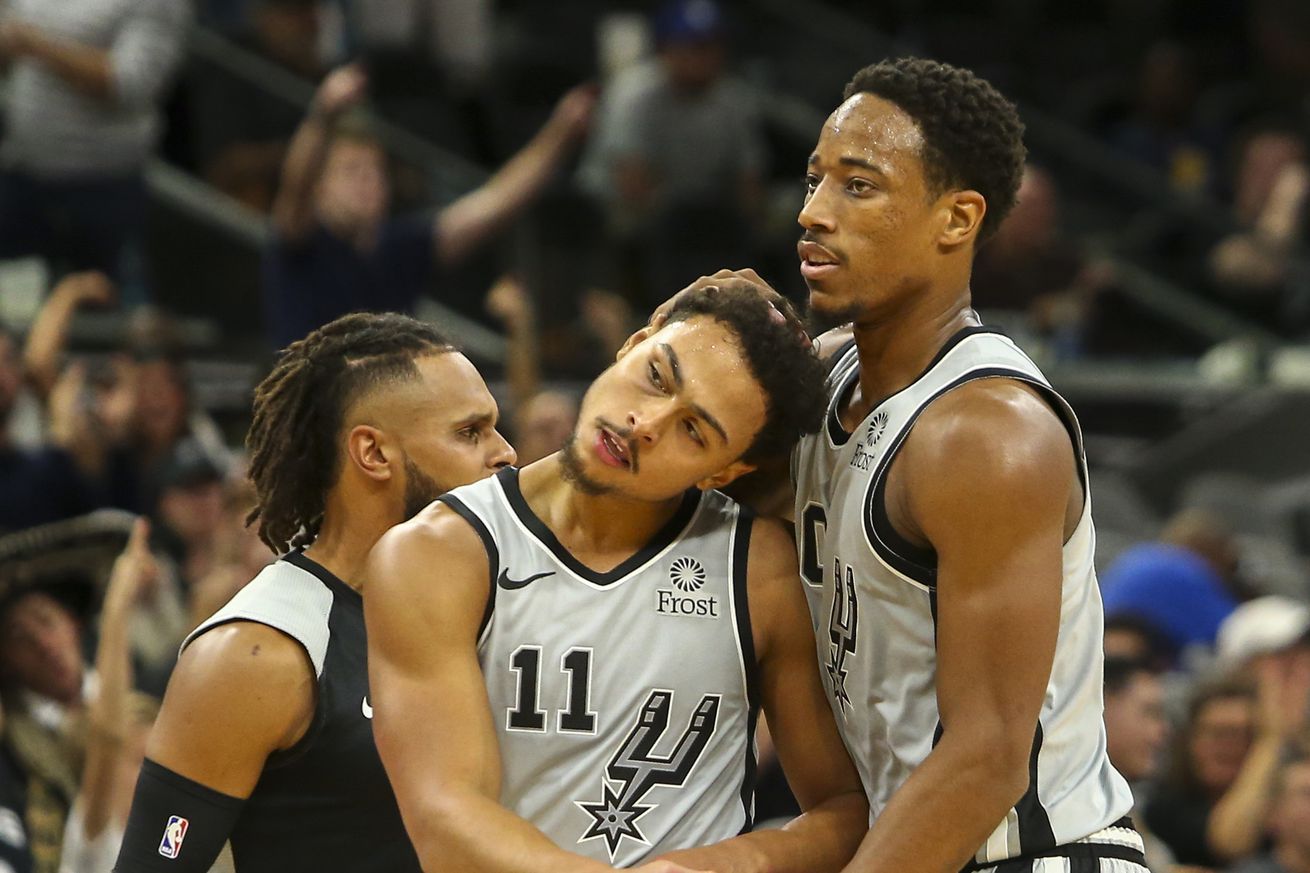 Nearly every Spurs fan is guilty of bashing the “redundant” guard at some point. But Forbes is proving the naysayers wrong and earning a spot in the Spurs starting line-up.

At one point or another, nearly every Spurs fan could barely see a difference in the skill set between Patty Mills and Bryn Forbes. During Forbes’ first season, there were comments that Pop was prepping Bryn to take Mills’ spot when he left the Spurs for a starting spot and more money during the 2017 free agency. And then Patty signed as soon as he could.

So, we assumed that PATFO was going to cut Forbes lose now that Patty Mills was secured on a 4-year/$50M contract. But somehow, Forbes was at training camp and then in the line-up.

Well, of course we needed Forbes, Tony Parker was injured, coming off surgery, and would be rehabbing his quardiceps (apparently, it’s a muscle that it’s possible to recuperate), so once again Forbes was utilized. He started games in place of the French legend, but soon Patty Mills took over the starting role which relegated Forbes to the bench. For many, his abysmal defense and struggles from the free throw line (.667) left Forbes in Mills’ 6’0” shadow.

This summer Forbes’ contract was up for negotiation and very few seemed to think he’d be returning for a third season with the Silver & Black. Once again, the Patty Mills redundancy, defensive limitations, and changing of the guards was going to force Bryn into third string obscurity.

And then injuries to Dejounte Murray and Derrick White forced Pop to give Forbes the starting spot in the backcourt alongside DeMar DeRozan whose presence takes the pressure to create and score off Forbes. His defense is much improved and having two premiere shooters in DeRozan and LaMarcus Aldridge occupy the defense provides space for Forbes alone to let it fly.

In the first six games of the season, Forbes has become a facilitator and nearly fearless. Already adept at hitting wide open 3s, defenses daring to run Bryn off the arc have to contend with a developing floater as he bolts into the paint.

This is Forbes’ moment, and he’s seizing it. What happens next is also in his hands. Only time will tell if he will fully win his critics over, but for now he at least has this one.