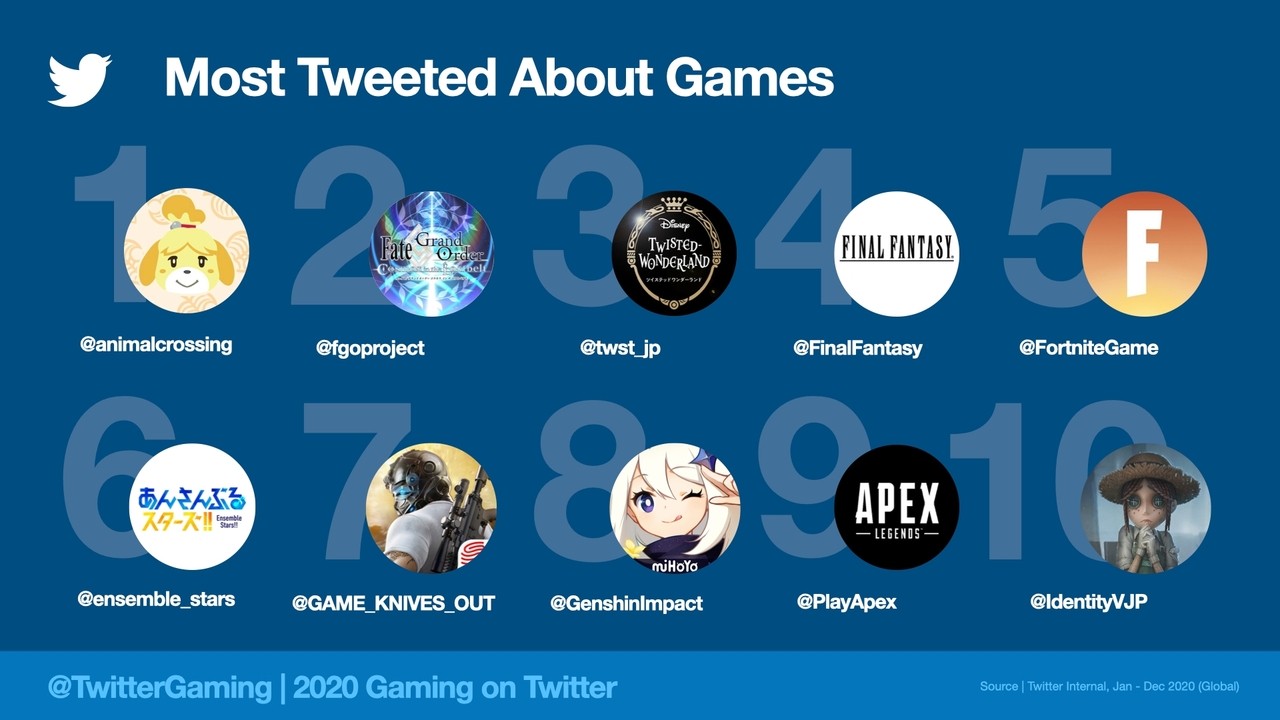 We’re not saying it’s because we had nothing better to do, but apparently in 2020 we all collectively tweeted 75% more about video games than we did in 2019. Huh! Weird!

With that big ol’ chunk of tweets comes some interesting insight into what we’re actually saying with those missives: it seems like Animal Crossing: New Horizons was the biggest topic, ahead of mobile games Fate/Grand Order and Disney: Twisted-Wonderland, both hugely popular in Japan.

The one-winged angel, Sephiroth from the @FINALFANTASY series, joins #SmashBrosUltimate as a DLC fighter later this month! Tune in at 2pm PT on 12/17 for a presentation from director Masahiro Sakurai all about the DLC fighter, including the release date! pic.twitter.com/zRaZCSZkrn— Nintendo of America (@NintendoAmerica) December 11, 2020

Whether we’re tweeting about them, sharing screenshots, or just patiently waiting for news, the most followed gaming topics included Fortnite, Minecraft, and Animal Crossing again. The “PlayStation” and “Xbox” topics both made it into the top ten, too, but “Nintendo” and “Switch” didn’t – possibly because we can’t all stand the heartbreak of having new Direct rumours debunked. Sigh.

Meanwhile, it seems like Among Us has brought huge recognition to its most well-known players, as musician and renowned deep-voice-haver @Corpse_Husband cracks the top ten “Most Tweeted About Gaming Personalities” following his streams with U.S. Representatives, Alexandria Ocasio-Cortez and Ilhan Omar.

We know we’ve been guilty of using Twitter to find cute Animal Crossing designs for our islands, but how have you used social media to talk about gaming? Let us know in the comments.