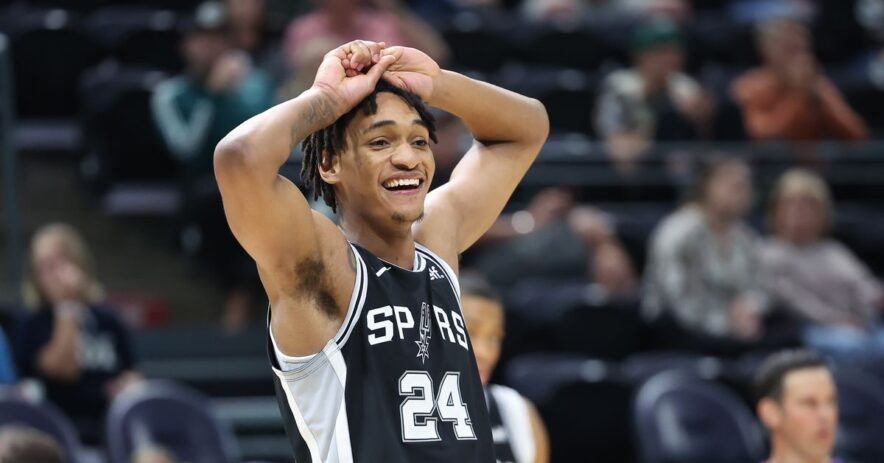 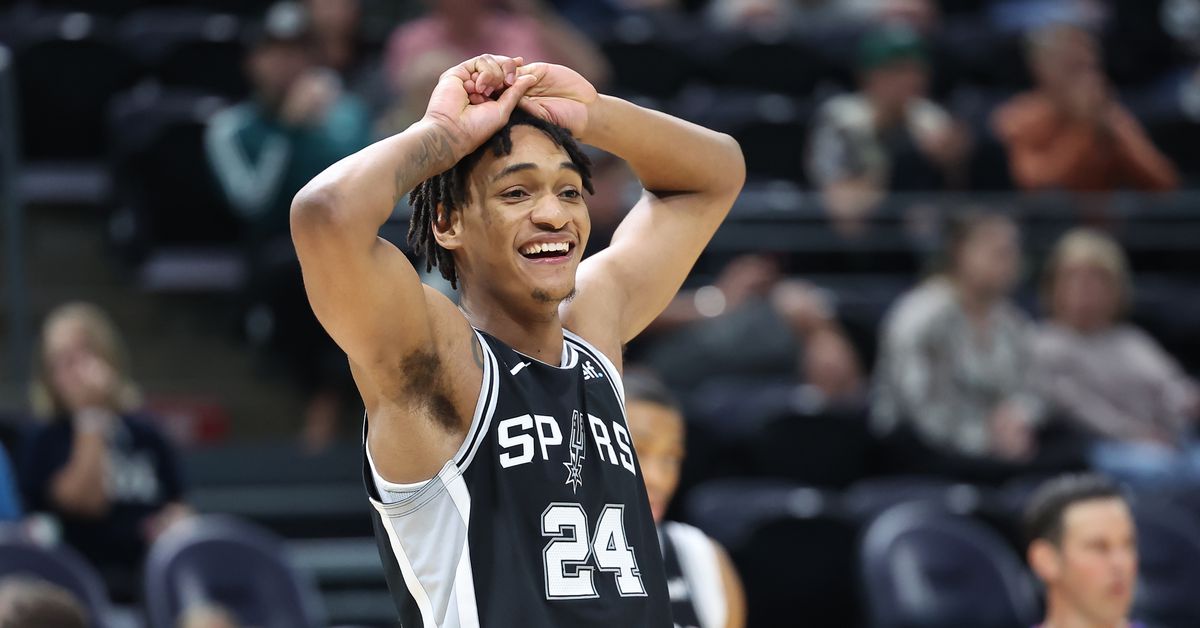 The Spurs are on an eight-game losing streak and have won just one of their last 14 games. Are you surprised at all about their free fall after the great start?

Marilyn Dubinski: While I didn’t necessarily have them going 1-13 at any point, I was more surprised by the 5-2 start than the subsequent free fall. That strong start triggered some false hope that the Spurs would be better than bottom of the league, but a spate of injuries and a tough, dense stretch of schedule has exposed their weaknesses. As the schedule eases up some with more rest days, they’ll likely get back to being something more in between the two vastly different versions we’ve seen this season, but at this point I believe the strong start was more of a mirage than the free fall.

Mark Barrington: If all of this had happened after the first game 129-102 blowout against the Hornets, I would have taken it all in stride, but the 5-2 start had me believing that the Spurs were capable of performing way above what I expected from a bunch of young players trying to find a way to win. I think that start said more about the dysfunction of the Timberwolves than the talent level of the young Spurs. I do think the Josh Primo situation has taken a toll on the team, if not emotionally, just by devastating the guard rotation, which was made even worse with the Blake Wesley injury.

Bruno Passos: Not entirely. You do expect even bad teams to steal a win within any 8-game stretch, but you also expect bad teams to have 8-loss spells over an 82-game sample size, so I guess these just feel a bit more jarring in the moment. The way they’re losing is probably the more surprising detail, putting up a minus 18.2 net rating, easily worst in the league in that span. They haven’t just lost games — they’ve gotten crushed for the most part.

Jesus Gomez: The strong start probably confused all of us a little, but what’s happening now is actually more in line with the expectations most had coming into the season than the positive record the Spurs had earlier on. It feels like without any injuries the team could have avoided falling off so steeply, but it’s also understandable for the coaching staff to be extra careful even with small maladies since the idea this year was not to compete for the playoffs but actually develop young players for the future, and keeping them healthy plays a big part on that. As others mentioned, what is a little worrying is how bad the losses have been, but the record doesn’t really matter this season.

The Spurs rank dead last in defensive rating in the league. Is there any realistic change they can make to improve in the short term?

Dubinski: I don’t think there’s many — if any — lineup changes they can make that will change the defense at this point. All of the starters have tools to be individually good defenders on their own, and overall they still hold a relatively respectable -1.7 net rating. More than anything, team execution has been the big problem during the free fall. Rotations have been slow (or nonexistent) at times, and with rotations not happening as they double-team in the post, shooters are being left wide open and have been hitting their shots. Perhaps a scheme change combined with more rest will help, but these are all classic traits of a young team that needs to learn and grow.

Barrington: I think having Tre Jones as the only point guard on the roster is probably not optimal, in that he’s not a good defender against taller players (which is everyone else on the floor) and when he’s out, his replacements are even worse. Jeremy Sochan is going to be a good defender, but right now, he’s freelancing too much to cover the holes that are being left by other players missing their assignments. He will get better as he learns to play and the overall defense gains more discipline. I do think the Spurs switch too much, and it’s way too easy for teams to get a big isolated on Jones, which leads to Jakob or another big having to help, resulting in a collapse of the defensive concept. Romeo Langford is probably the second-best defender among the guards (after Devin), and he should probably get more court time until Wesley gets back. Branham isn’t a good defender now, but he’ll probably get plenty of time on the court this year to learn on the job in a rebuilding season.

Passos: Tightening up transition defense would feel like the lowest hanging fruit at this point, seeing as that may be more of an effort/focus thing, and because that’s where opponents have hit them extremely efficiently and at a high volume. Rotations in the half court have also been poor, with them usually selling out on pick and rolls to stop the ball-handler and opening up for cutters, rim-runners and put-backs. They’re also getting beaten by jump shooters at a high, potentially unsustainable clip, but I think getting on the same page in transition might be their best bet to trend the right way as the year goes along.

Gomez: There’s so much going wrong and so much of it is intertwined that it’s hard to focus on just one thing. The point-of-attack defense is bad, but in part it’s because there are some unnecessary switches, which also hurt on the boards, for example. Health and continuity is probably the only thing that can help improve the defense at this point. There are too many players coming in and out of the rotation for units to develop any cohesion. Hopefully that will change soon, at least for long enough for the guys getting the most minutes to at least understand how to play with each other.

The Spurs rank 27th in offensive rating in the league. Is there any realistic change they can make to improve in the short term?

Dubinski: The poor offense is more expected. The Spurs came into the season without a go-to scorer and a lack of outside shooters, and the results speak for themselves. Devin Vassell and Keldon Johnson have tried admirably to fill the role (and have at times), but Johnson isn’t much of a creator and has been in a serious slump. Outside of those two, the offense has to flow seamlessly for everyone else to contribute, and while it did for the first seven games, all the injuries and line-up changes since have sapped the team of what little chemistry they had built.

The only change I can think of that would improve the offense in the short term is to start Doug McDermott to create more movement off the ball and provide more outside shooting for that unit, but the Spurs are too invested in developing Jeremy Sochan to make a move that probably won’t change the win/loss results much (if at all). Not to mention, that move would hurt the defense even more and sap the bench unit of its only consistent source of points, so it won’t happen.

Barrington: The problem is that other than Devin Vassell, and Keldon Johnson, who is slumping, nobody on the Spurs offense can space the floor and open up the offense. Jakob has a great offensive game within six feet of the basket, but the paint can get clogged if the opponent doesn’t have to guard shooters. Collins has looked good at times when healthy, but is still inconsistent. Jeremy Sochan in the starting lineup is obviously problematic for the offense, because his shot hasn’t developed yet, and he’s still figuring out how to pass and distribute the ball. He’s learning on the job, and the Spurs are willing to watch him take his lumps as long as it doesn’t affect his confidence, which seems pretty indomitable to me. The travails he’s suffering this season are going to make him a much more valuable player going forward, and the losses that come from him muddling his way through are just part of the plan for a franchise that’s not too committed to winning this year.

The question was about improvement in the short term, but I’m convinced that the front office doesn’t care about the short term. If they did, they’d bring in more players, because there are a few available that could help this team, but doing so would take young players off the court where they’re gathering useful experience.

Passos: I agree with Marilyn that this ranking is not all that surprising with what we knew coming into the year, plus Sochan’s added experimental role. That said, the Spurs were shooting 27% from deep before their most recent loss to LA (in which they hit 18 of 37), which definitely hasn’t been helping and could rebound a bit. They’ve also been awful on defense and, as Doug McDermott reminded in a recent post-game presser, the offense really struggles when you’re constantly taking the ball out of your own net. I think between regressing to the mean from beyond the arc, a bit of injury “luck”, and marginal improvements in transition D, there’s realistic room for improvement.

Gomez: The easiest way to improve the offense would be to run more but to do so the team needs to get stops, steals and rebounds, and that’s not something it can do consistently. That leaves the return of Blake Wesley as the other realistic option for serious improvement. It’s a lot of responsibility to put on a rookie, but this team desperately needs another ball handler so that the bigs don’t have to distribute the ball as much, especially now that opponents know that the Spurs want to cut and do handoff after handoff and are prepared to stop them. If Wesley can get downhill for the second unit and attract defensive attention, others could get easier shots, which should help up the shooting percentage from outside.