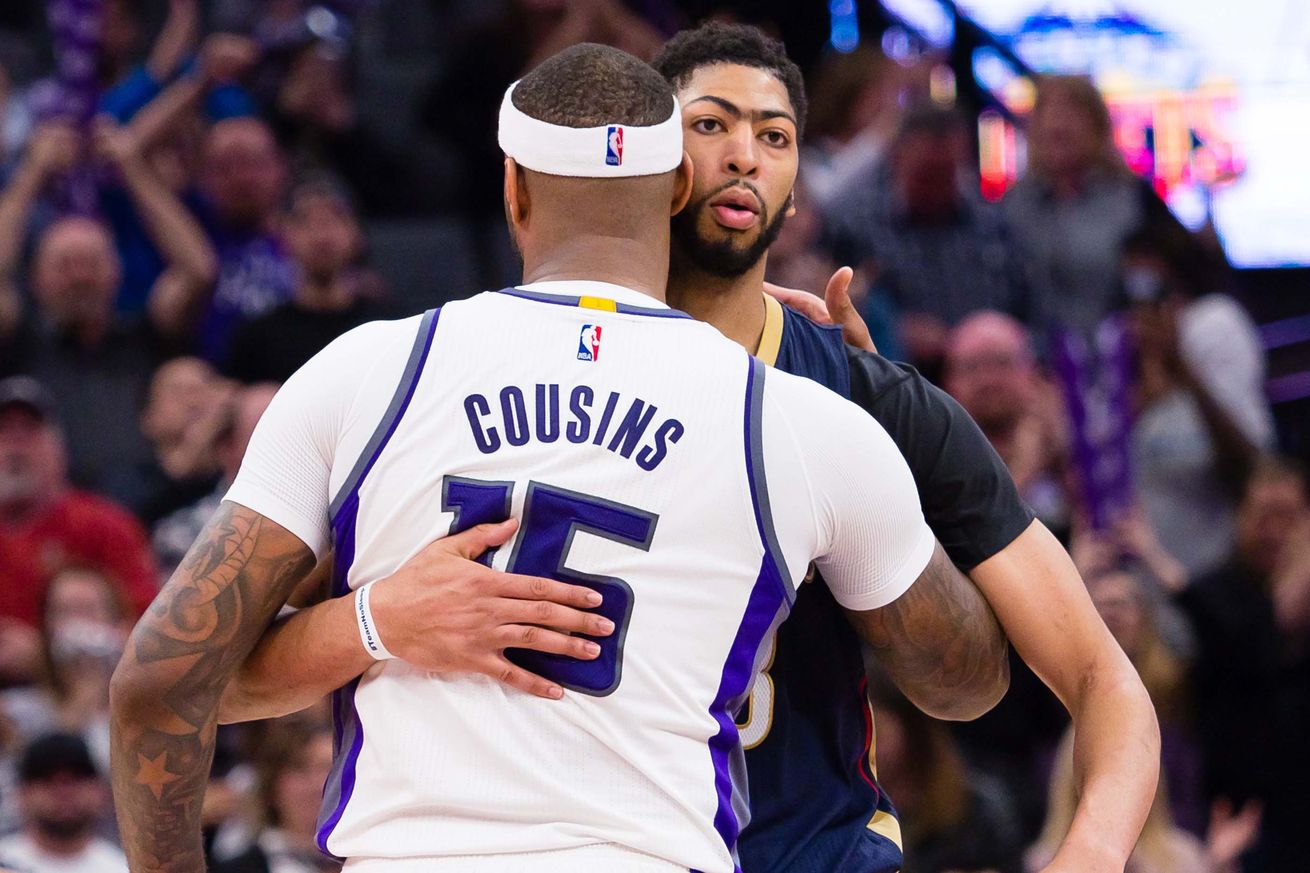 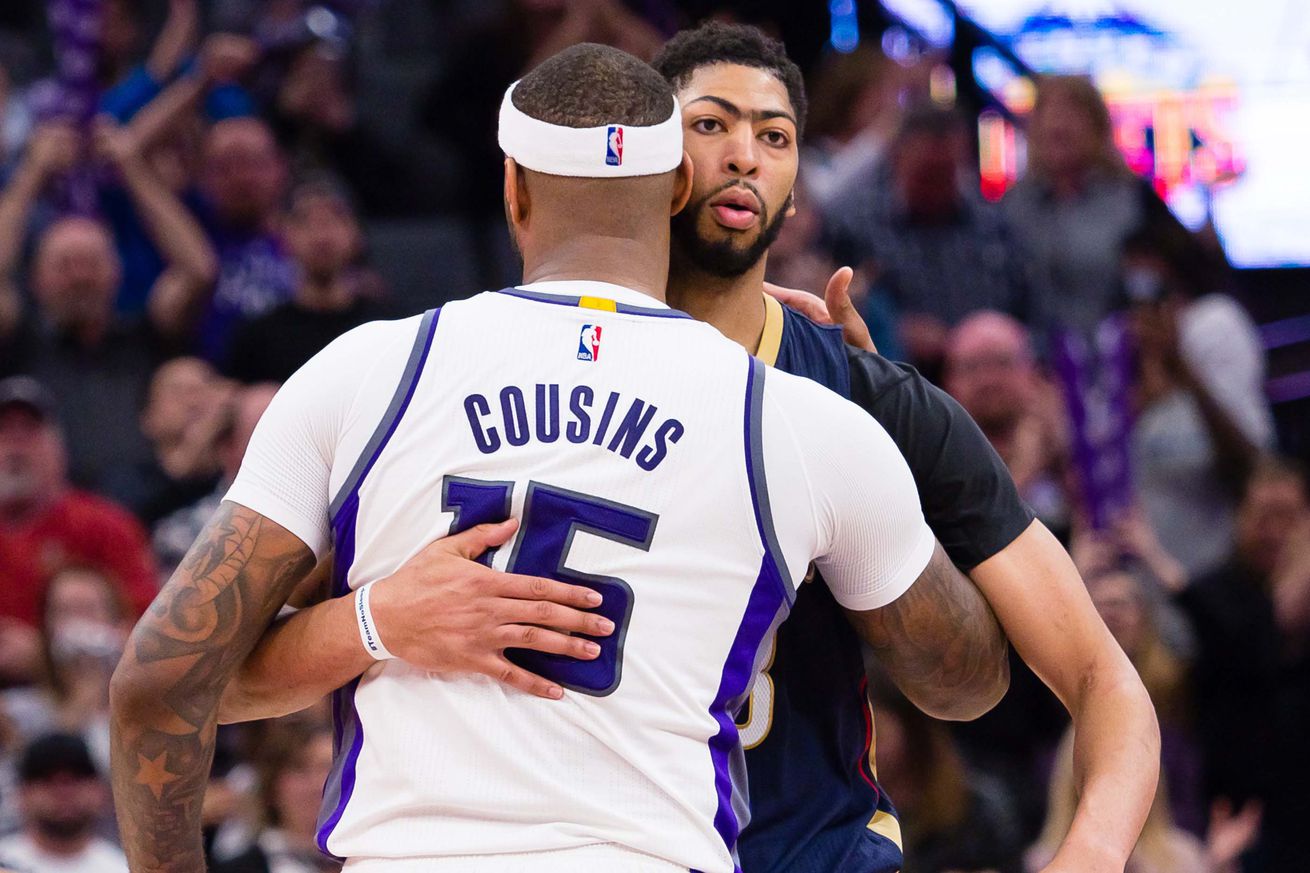 How has trade season affected the Spurs?

With the trade deadline hitting at 2 pm CT today, barring an unforeseen event it looks like the Spurs will stand pat, as they often do. The bigger question is if any other trades, especially in the SW division, will have any effect on the Spurs. Here’s the lowdown:

The most high profile trade (and possibly one of the biggest heists of all times) was the Pelicans getting DeMarcus Cousins and Omri Casspi from the Kings for mostly beans. (Okay, technically they got Buddy Hield, Langston Galloway, Tyreke Evans, and NOLA’s 2017 first (protected) and second-round draft picks.) While that trade may form an intimidating front court for a team that already gives the Spurs some problems, there are some ways that Spurs can actually come out as winners in this deal.

Oddly, it may be the Rockets own mini-heist of swapping Corey Brewer and a first round pick to the Lakers for Lou Williams that has a more immediate impact on the Spurs. With a second round match-up vs. Houston looking almost imminent, it possibly just got a little harder for the Spurs with yet another excellent scoring guard joining Mike D’Antoni’s squad.

Kawhi has style…casual that is

Kawhi Leonard may be soft spoken and reserved, and that goes perfectly with his new line of clothing set to come out later this year: custom sweatsuits. Leonard sat down with GQ over the break to discuss that and more…like how he at least owns a suit and tie, unlike Timmy. He even wore it once!

The Spurs bench is always ready

Not only has David Lee found new life and resurrected his career as an energetic PF coming off the bench for the Spurs, but he brings a looseness and fun personality to their otherwise stoic locker room. It’s probably safe to say he has exceeded all expectations (except maybe PATFO’s).

On the other end of the bench, Kyle Anderson is still patiently waiting for his career to truly begin. The versatile SlowMo has shown flashes of what he can do at several position when called upon but is struggling to find consistent minutes. However, what makes him a real Spur is his dedication to getting better, not sulking about his role, lack of playing time, or asking to be traded. Pop is aware of his hard work, and league sources have pointed out that his name hasn’t appeared in any trade talks.

In case you haven’t figured it out yet, this is alamoaggie, your friendly neighborhood Links, Power Rankings, and Final Score provider. I decided it was time to update my account after hitting 10,000 comments on PtR earlier this week. In case my previous username didn’t give anything away, here is a little more about me:

I am a San Antonian, born and raised, and I guess you could say a playground is where I spent some of my days…except it was mostly playing soccer (with some basketball mixed in). I’m a lifelong Spurs fan, and yes, I went to Texas A&M (shocker of the century). I officially joined PtR back in 2013 but was following it a while before that, often because other sites like Project Spurs were using it for links or references, so I thought “why not go check the main source out?” I’ve been hooked ever since.

But enough about me. The Spurs return to action tomorrow at the Staples Center to take on the Clippers, but if you can’t wait that long for some basketball, there’s some good action tonight, including the Clips vs. the Warriors on TNT and the debut of the Anthony Davis – DeMarcus Cousins duo vs. the Rockets (although you’ll either need League Pass or to be in one of those markets to see it).

Have a good one, and remember, tomorrow is only a day away! (Sorry, I had to do it.)