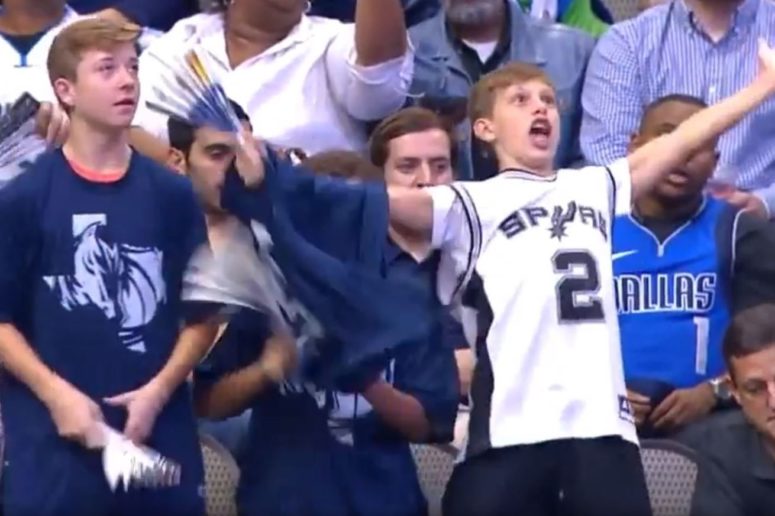 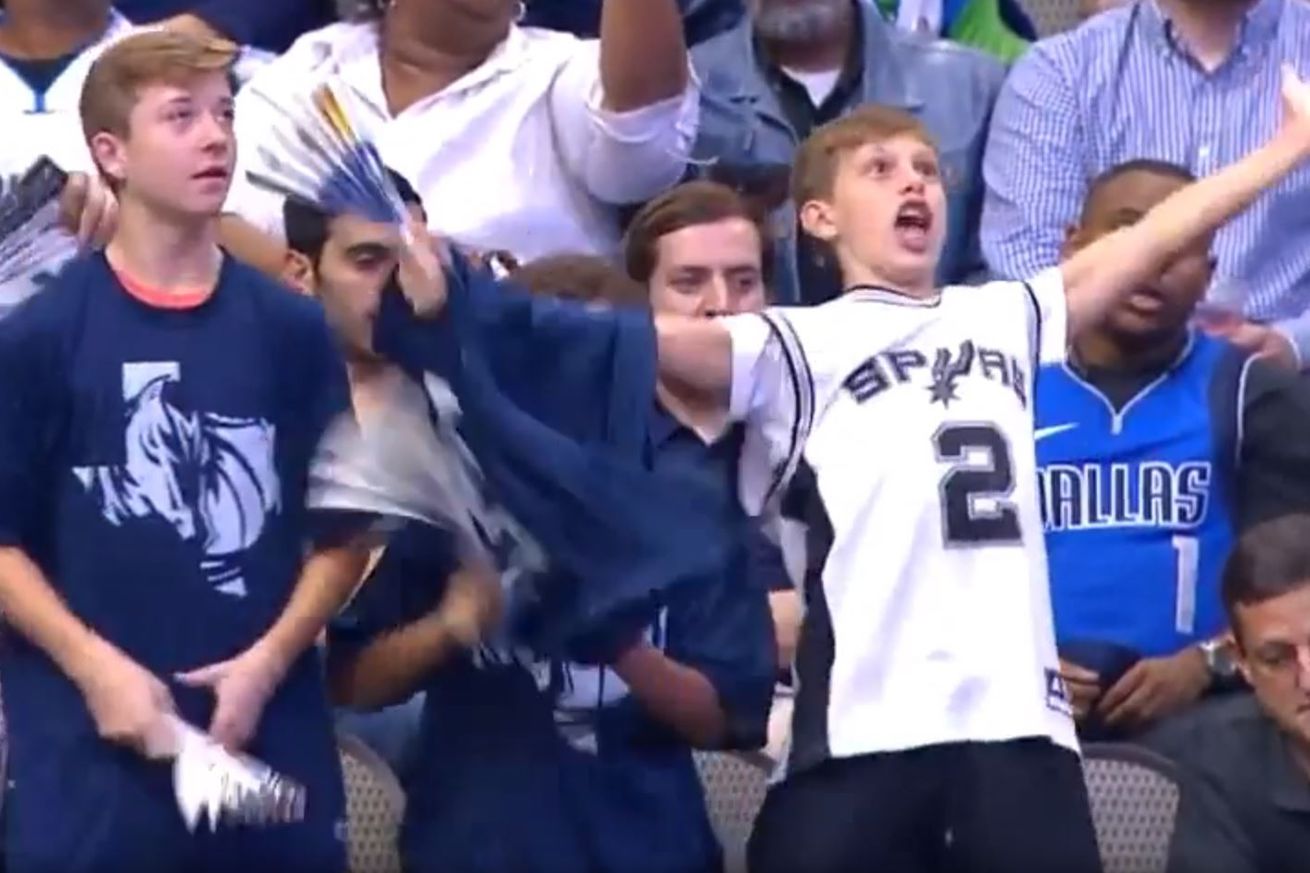 It can be fully represented by this 4 second video.

The Spurs are treading water at 12-7, which is good for 3rd in the West. The Mavericks are occupying the basement of the conference at 5-15. Dallas did the right thing by Dirk Nowitski by keeping him in town, but the team as a whole isn’t there right now.

Essentially, the can be boiled down to this quick video that fireballer15 found on reddit.

I love everything about it. The fact that the kid on the right is so excited to show his true colors. The way the kid on the left looks like he thinks about pulling off his Mavs shirt too before thinking better of it. How the middle kid starts smiling as he realized what his buddy is doing. The seated guy on the far left that looks like some ex-raver that’s still trying to break his pacifier habit. And finally, the dude in the #1 Dallas jersey who looks like he wants the whole interminable season to just end already.

Of course, it’s just this kind of situation that can set up a team to be overconfident, so I’m glad that PATFO will make sure that the guys maintain the appropriate fear.