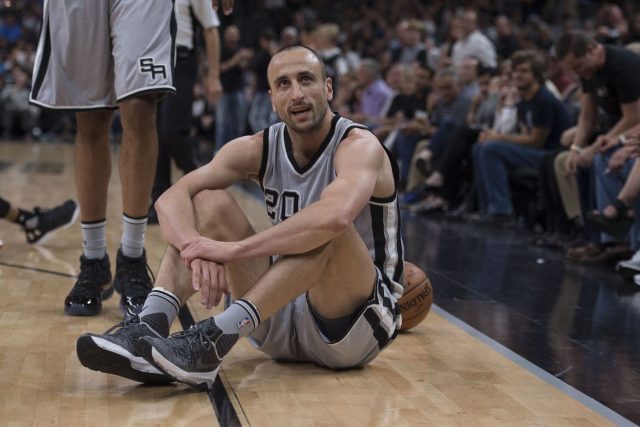 It seems like Manu Ginobili is leaning towards playing another year. That was the rumor after he turned down his player option and it was confirmed by Adrian Wojnarowski in the latest The Vertical Podcast. That’s amazing news for all Spurs fans!

It should be, anyway. For the past couple of years there has been a small contingent of fans that seem ready to move on from Ginobili. It doesn’t matter that he made $7 million in 2014/15, just $2.8 million last season and would likely make the minimum if he indeed returns. Ginobili’s occasionally erratic play seems unwelcome, regardless of the prize tag. It’s important to note that these fans don’t hate Manu. They celebrate his past performances and most want him to stay involved as a coach or executive. Just not as a player.

Manu averaged nine points, two rebounds, three assists and one steal in a career-low 19 minutes per game last year. He shot 45 percent from the field and 39 percent from beyond the arc and had an acceptable 1.8 assist-to-turnover ratio. That’s really good, considering he’s still a high-usage player. His scoring and assist numbers dipped in the playoffs but he was one of the few Spurs to shoot well from beyond the arc against the Thunder.

Going by his production, Ginobili had a good year. He was a valuable bench player who provided scoring and playmaking in the regular season while making his teammates better. He continued to contribute as a shooter in the playoffs, as his role decreased, and was far from a huge drain on the team in the series that they lost. Not counting the first game blowout that inflated some numbers, Ginobili had one of the best on/off splits of any Spurs in the Western Conference semifinals……Read More