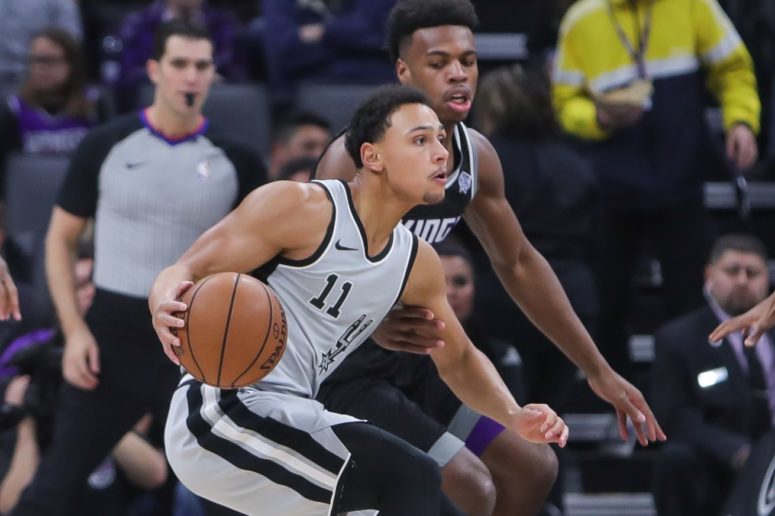 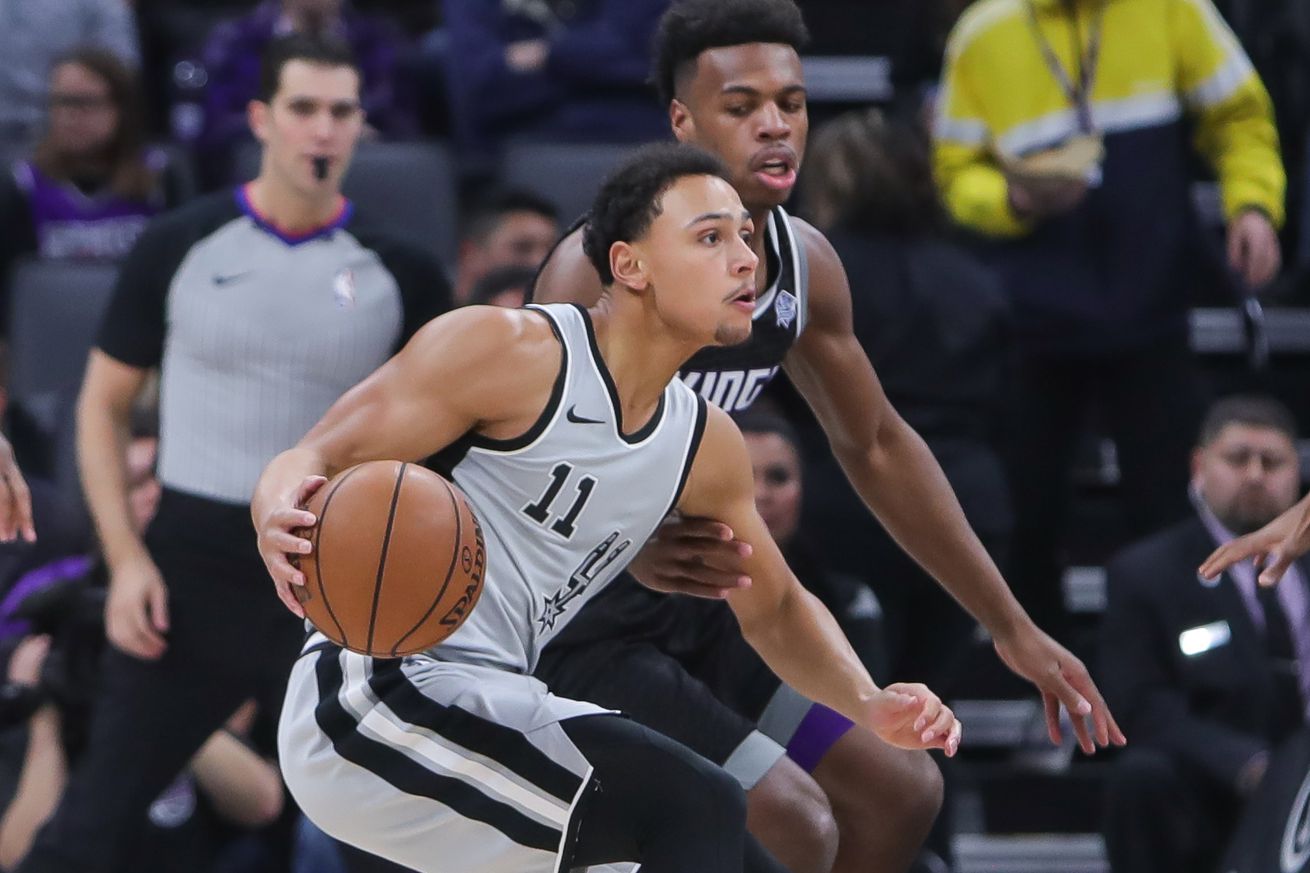 Bryn Forbes and Dejounte Murray are gobbling up valuable minutes as the starters move in and out of the rotation.

Dejounte Murray and Bryn Forbes were afterthoughts during last year’s regular season. It’s the familiar story of many skilled rookies on championship-caliber teams: the potential is there, but minutes are hard to come by. Even as Murray took over point guard duties for an injured Tony Parker in the Western Conference Finals, he and Forbes have been defined by their upside rather than production.

Both players showed flashes of their potential in 2016-17. Murray’s length and speed could be overwhelming on both ends of the floor, and Forbes’ natural shooting stroke was a welcome sight for a team attempting the 6th fewest 3-pointers in the league.

At this point of the 2017-18 campaign, the Spurs have been dealing with a half-solved Rubik’s Cube of a rotation. Saturday night’s combination of Aldridge, Anderson, Forbes, Gasol and Parker was the 13th different starting lineup this season as injuries and recovery management have muddied the waters. Murray and Forbes, however, have been some of the most consistent faces in the rotation. And they’re making the most of their extra minutes.

Aside from Patty Mills, they’re the only ones who’ve played in all 34 games this season. Forbes, 24, has already started seven times, and he’s playing a healthy 19 minutes a game. Meanwhile, the 21-year-old Murray has started at point guard 11 times (mostly due to Parker’s recovery) and is averaging 18 minutes of floor time.

Last season, they both played around 8 minutes per game. Those flashes of greatness have turned into career-boosting momentum. And while they’re both naturally inclined to excel on the offensive end, they’ve earned their keep with defensive activity.

Murray and Forbes’ defensive numbers don’t reflect the impact of both players’ energy. Their agility allows them to quickly recover from defensive breakdowns and individual miscalculations. For an average defender, giving up the lane on a dribble fake or leaving a man wide open on the three-point line spells certain doom. But both players know they’ll get Pop’s bloodshot death-stare from the bench if they don’t do everything they can to recoup.

Forbes is a little beefier than last season. He’s much better at fighting over screens and staying physical with pesky ball handlers. Murray has proven especially valuable on defense with his 7-foot wingspan, and his knack for gobbling up rebounds. He disrupts passing lanes and, occasionally, swats a big man’s shot into his nightmares, like he did on Saturday against Kosta Koufos.

On offense, Murray is starting to make better decisions with the ball. He’s not running into as many crowds under the hoop, and he’s passing with more purpose. He showed a clear example of this development during a Dec. 16 game against the Mavericks.

Murray tends to dart toward the hoop in the open court, regardless of who’s in front of him. But in this particular fast break, he slowed down to pass to a trailing Forbes, resulting in a corner three. He’s learning when to attack, and when to find people.

As for Forbes, he’s been hitting those kinds of momentum-building shots since the start of the season. And the more chances he gets, the more he proves that he can be an asset in the post-season.

He averages three 3-point attempts per game while hitting them at a 41 percent clip (2nd only to Pau Gasol). For the Spurs, efficiency is everything. They have the 2nd slowest pace in the league and shoot the fourth fewest threes. The long shots, especially open ones, become do-or-die opportunities against elite teams.

Sadly, Forbes may shoot his way out of San Antonio if he keeps playing with this much confidence. In staying true to the Spurs’ pendulum of success, he looks like he’s starting to make his own way in the shooter-happy NBA. For now, It’ll be interesting to see how Pop uses this newfound gem when the team is healthy.

Games notes (in the form of dumb questions)

“Of course, there will be some games when it will be hard to play both [LaMarcus and Pau] because opponents play small ball. But against a team that plays with two bigs like the Kings did most of the game, we need Pau playing like this.”