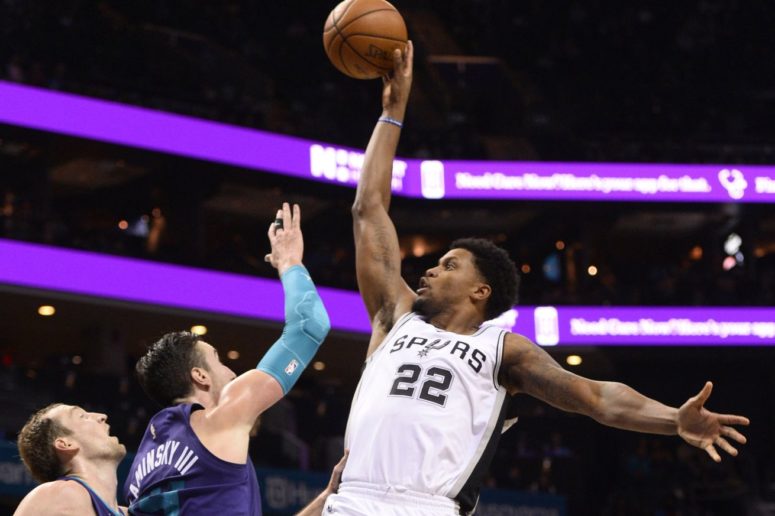 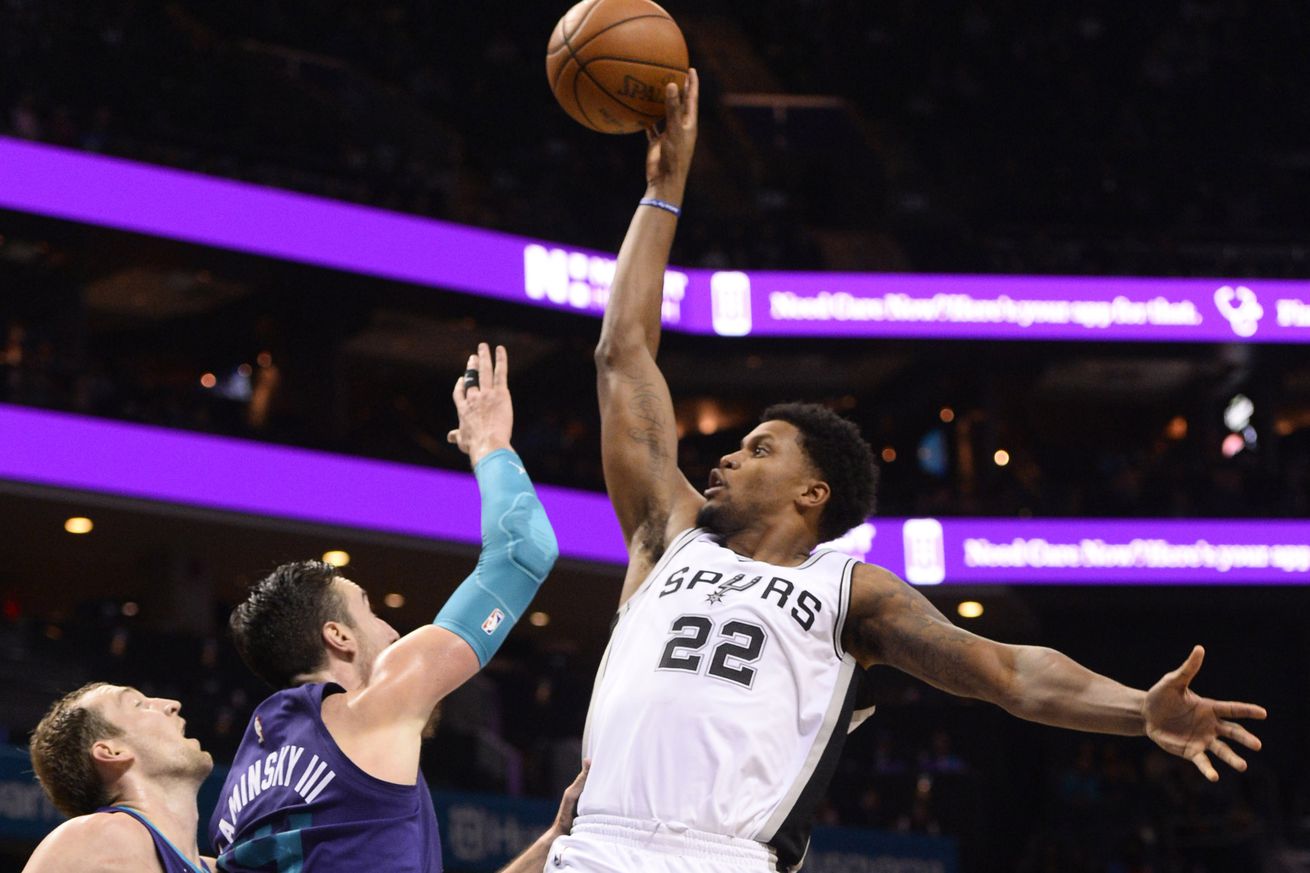 The Silver and Black shrug off slow start on O, before locking down on D.

The Spurs’ win against the Hornets on Saturday night was a feel-good victory because it was all about San Antonio’s improvements on both sides of the ball. On full display: the ability to shift into a versatile brand of small-ball without sacrificing defense, and the Spurs repeatedly sliced through the paint while creating high-quality looks all over the court and clamping down on Kemba Walker’s supporting cast.

After an ugly 15-point first quarter, the Spurs mostly stuck to a speedier, more versatile pairing in the frontcourt consisting of either LaMarcus Aldridge or Pau Gasol (not both) and two of the Rudy Gay–Kyle Anderson–Davis Bertans trio. As the game wore on, gaps in Charlotte’s defense began to open up for dribble penetration off of crisp ball movement, while the quickness and length of San Antonio’s defense forced the Hornets into off-balance jumpers or clumsy rolls to the hoop from Dwight Howard.

A skill almost every Spur has been forced to showcase this year is a controlled decisiveness with the ball, and it’s never any more obvious than when Aldridge is doubled in the post. In his first two seasons as a Spur, Aldridge struggled with double-teams because he seemed to overthink reading the defenses and often looked completely out of rhythm. The most famous example of this being against the Warriors in the playoffs last season.

While part of that probably came from not having many reps with the Spurs, it is clear that Aldridge is now comfortable patiently probing defenses and swinging the ball. Against the Hornets, he began a possession passing out of a double-team and ended the possession with the ball again facing single coverage in the post for a nice turnaround jumper.

With Aldridge moving the ball out of the post effectively and often being surrounded by four shooters, the Spurs can hang with anyone. There are going to be games like tonight that flip just because someone eventually knocks down shots.

On defense, the Spurs ran switch-heavy lineups of Patty Mills or Dejounte Murray, Danny Green, Kyle Anderson, Rudy Gay, and LaMarcus Aldridge. Players like Nicolas Batum, Jeremy Lamb, and even Howard had difficulty finding good shots all around the floor because of the Spurs’ length. Without possessing superior athleticism, the Hornets offense wilted. Save for some truly acrobatic Walker finishes among the trees, the hosts’ offense looked overwhelmed all night.

Flash back a year and Anderson, Bryn Forbes, and even Aldridge probably wouldn’t have had the impact, or showed the poise that they showed tonight — and of course Rudy Gay wasn’t even on the team. It’s almost luxury at this point in the regular season to have so many players making nice contributions, but come playoff time, it could be a necessity.

Tonight’s first half was also a fantastic showing for Anderson’s comfort level as a primary playmaker, along with his ability to read and react on defense. Defended primarily by Batum, Anderson continuously found his way into the paint, which eventually yielded layups and open looks for others on the court, and he relentlessly pickpocketed guys curling off screens and passes near midcourt.

In contrast to what happened the other night in New Orleans, it was the Spurs that spent the evening as the aggressor, forcing the opponent into a flurry of turnovers. Even as the offense struggled to make a basket early on, it was evident that the Hornets simply lacked the lineup flexibility to keep up once the Spurs got going.

Like many teams, the Hornets must often decide between offense and defense with specialists like Michael Kidd-Gilchrist and Frank Kaminsky. The Spurs attacked Kaminsky repeatedly on switches or post ups with Gay or Aldridge and didn’t even feign interest in Kidd-Gilchrist shooting a corner 3. On the other end, the Spurs offered no offensive player that could be ignored, nor a defender that invited repeated attacks.

A 20-point victory on the road in Charlotte is a solid win for a team in need of one. With other teams seemingly catching on to how good this depleted Spurs team is, real contributions from growing role players and newcomers is precisely the way to follow up a loss like Wednesday’s.

So now KA is just toying with people. pic.twitter.com/ohcfOcrK7E