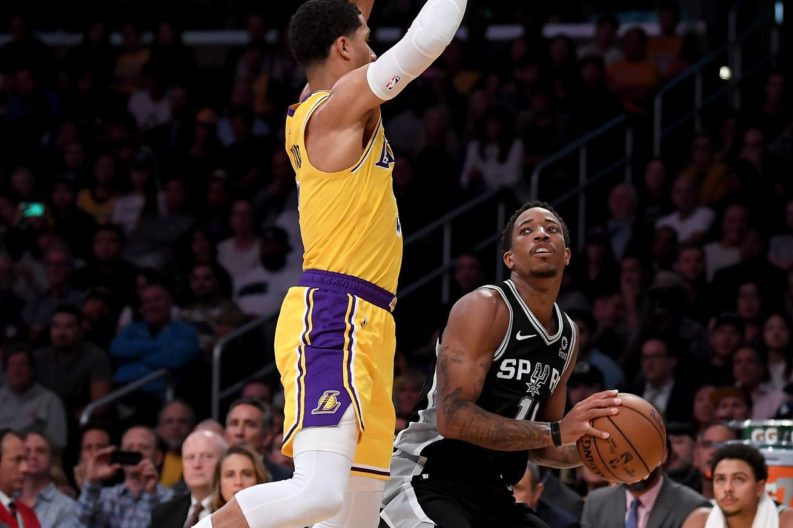 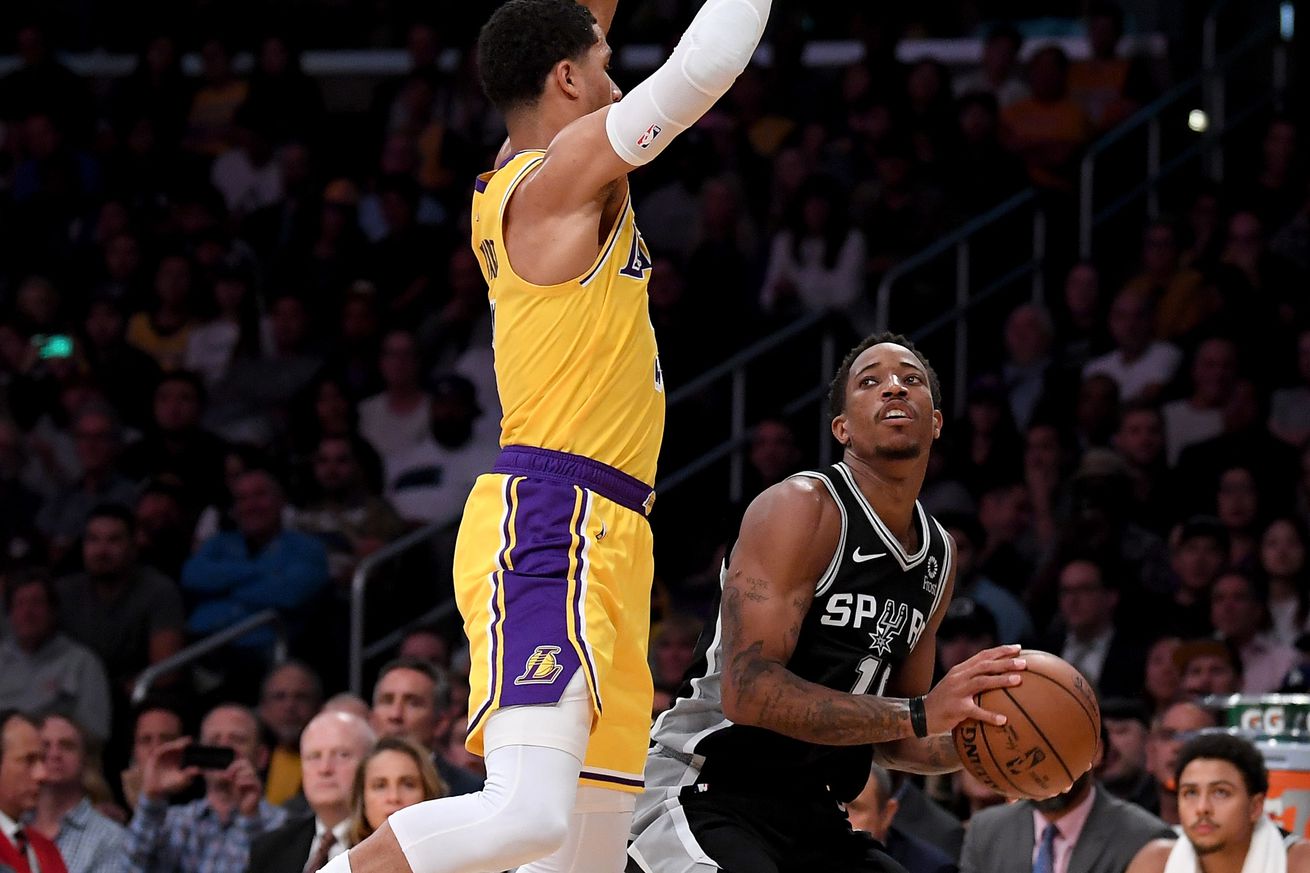 It took some late-game heroics for the Spurs to escape the Staples Center with a win on Monday night. After giving up an 8-point lead late in regulation, then falling behind by as many as 6 points in overtime, the Spurs surged back in the final minute and pulled this little play out of the vault for the win.

That’s a great action and it has worked for a long time, not least because, although the play is fairly simple, there are several options. What makes the play work so well in this particular instance is Patty’s acting. Even knowing the result, I still catch myself following DeMar DeRozan.

That play gave the Spurs the lead with just 6.8 seconds remaining, but it was unique down the stretch. Rather than use this type of movement and misdirection to score, the team relied heavily on pick and rolls in the last 10 minutes of game time, which was almost certainly one of the reasons the closing play worked. Still, those pick and rolls were generally ineffective. This is a breakdown of the team’s offensive possessions in that time:

The pick and rolls were the least efficient play type the Spurs ran during those 10 minutes. Looking at the plays, though, the team primarily leaned on the side pick and roll and started from low on the floor, right at or a little below the 3 point line. For the most part, the Lakers did a good job of defending that angle of attack at the end of the game.

JaVale McGee drops into the paint to prevent penetration, so DeMar pulls up for an open 17-footer. This is a win for the Lakers’ defense. There’s very little movement, no difficult decisions to make, and multiple defenders in position to box out and secure the rebound.

This should have been a kickout to Patty Mills on the left wing, but that’s a very difficult pass to make with an athletic big in your airspace. Other than that, the Lakers maintain relatively good position throughout.

LaMarcus should have sealed Johnathan Williams in the paint, giving DeMar a free run at the right side of the rim, but he’s likely thinking about the offensive rebound, and puts himself in good position had the ball gotten over the rim. Still, the rest of the Lakers stay in good position, and though Patty comes open in the left corner at the end, there’s essentially no way DeMar could get the ball to him.

DeMar is able to draw free throws after snaking between Josh Hart and Williams, but this isn’t a high-quality look. But it does open up a lane to the front of the rim for LaMarcus, who would have gotten 2 points for the team regardless. That lane to the front of the rim is key and provided the only other point the Spurs got out of the side pick and roll in this time.

This is a great angle of attack, and the Lakers overplay their defense. Hart is trying to force DeMar away from the screen and Williams is pre-positioned to stop penetration. The problem is the gap they leave for a pass to LaMarcus who has an open lane to the rim without even having to set a screen. The weak-side help is late, a recurring theme for both teams all night, but even a timely rotation would have had its hands full with LaMarcus in the paint.

There are lots of reasons to run the pick and roll from that position, especially for the Spurs. Most importantly, it puts LaMarcus in position to potentially pop to a spot where he’s a legitimate threat, complicating matters for the defense. But LaMarcus didn’t pop to an open spot on a single one of the 9 pick and rolls he ran with DeMar in that time. And if he’s not popping, he’s rolling to the rim and dragging another defender with him down into the paint.

At the end of the game, and especially in overtime once JaVale fouled out and was replaced by Williams, DeMar didn’t have the ability to get past the 2nd defender and all the way to the rim. His only points on those 9 pick and rolls were off 2 free throws.

At that point, he needed the extra runway that a high pick and roll provides. They only ran two during the last 10 minutes, but they look much different.

On the first, DeMar doesn’t attack the rim. He waits for LaMarcus to begin his dive then turns and fires to Bryn Forbes near the top of the key. Because they started outside the three-point line, LaMarcus has a good running start towards the rim, forcing LeBron James to stay just a little lower than he should while guarding a shooter as good as Bryn. He even makes a slight move towards LaMarcus on the dive. Just as Josh Hart recovers into position, and out of the passing lane, DeMar kicks it out. If they start this play from the side, or right at the three-point line, the angle doesn’t develop because LaMarcus’ dive doesn’t have as much gravity.

On the second, JaVale shows instead of dropping to contain penetration and DeMar makes him pay. Knowing he has the big shot blocker on his hip, and seeing that Lonzo Ball is shading towards Patty Mills on the wing, DeMar hits Rudy in the corner for a wide open three, which he unfortunately misses. That shot would have sealed the game for the Spurs.

If the team had run more of the high pick and roll, especially with Patty, Bryn, and Rudy stationed along the arc, the team might not have needed overtime to get the win. To be fair, DeMar played 45 minutes and had to be tired towards the end of the game. High pick and rolls, especially the ones that result in a race to the rim against a big with inside position, are exhausting. Still if these plays are any indication, the Spurs should go to it more often.