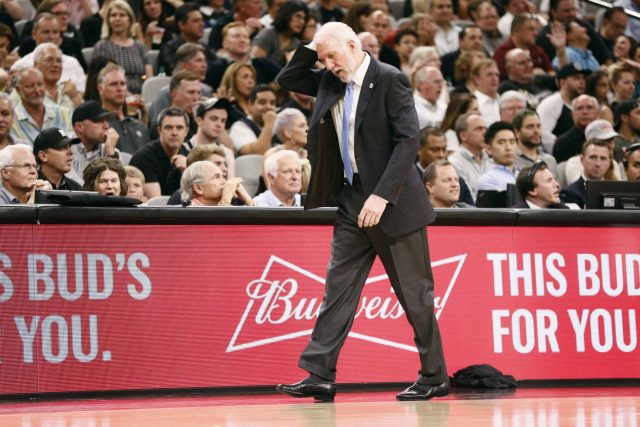 Anybody else sleep last night? After game 4 there was a lot of talk about the end of things, eras, careers. It all gave game 5 something of an existential feel, like it was a fight for survival motivated not merely by a desire to advance but by a need for validation. The Spurs want to know that a 67 win season and a record-tying 40-1 home record wasn’t just the setup of a cruel playoff prank. The Thunder want to know that the 8 years they’ve invested in Kevin Durant would amount to more than a single Finals appearance and a handful of early playoff exits. Whoever lost would endure much more than the typical offseason of question marks.

For the Spurs, especially, survival in these playoffs is a way to prolong the inevitable pain of watching a legend walk away. Tim Duncan has won over 1,000 games in his career, but the twist to that is something like being buried under your own treasure. Accrue that many victories over a career and eventually they start to stick around, slumping the shoulders and twisting the knees, dragging down even the most determined competitor under their combined weight and impact. Every time Tim has denied himself a donut or pushed away a beer, it extended his career a tiny bit, maybe even by a factor of several games. But now the returns have diminished to a trickle. Twenty years ago, before he became The Big Fundamental, Duncan was known as Merlin. Now he’s more like another wizard, Gandalf the Grey, taking his stand against the Balrog. After game 4, you could see him looking at Kawhi Leonard, Tony Parker,LaMarcus Aldridge with those eyes of his – as deep and expressive as his face is stoic and unrevealing – and saying “Fly, you fools!”….Read More