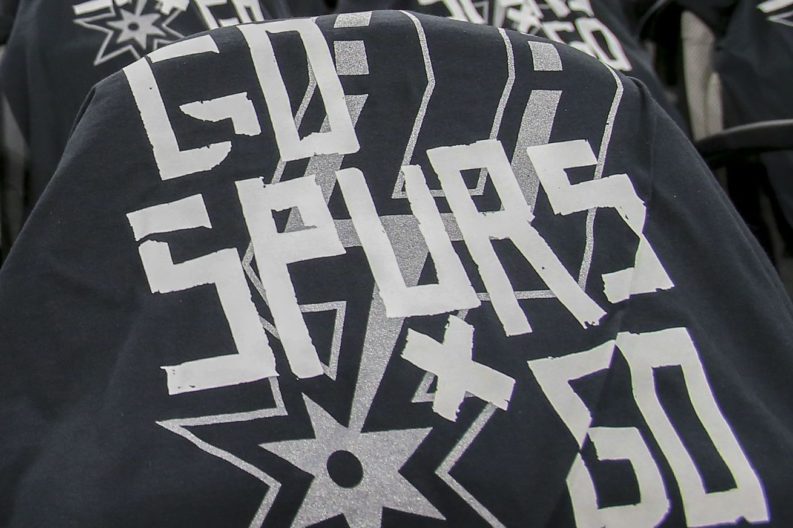 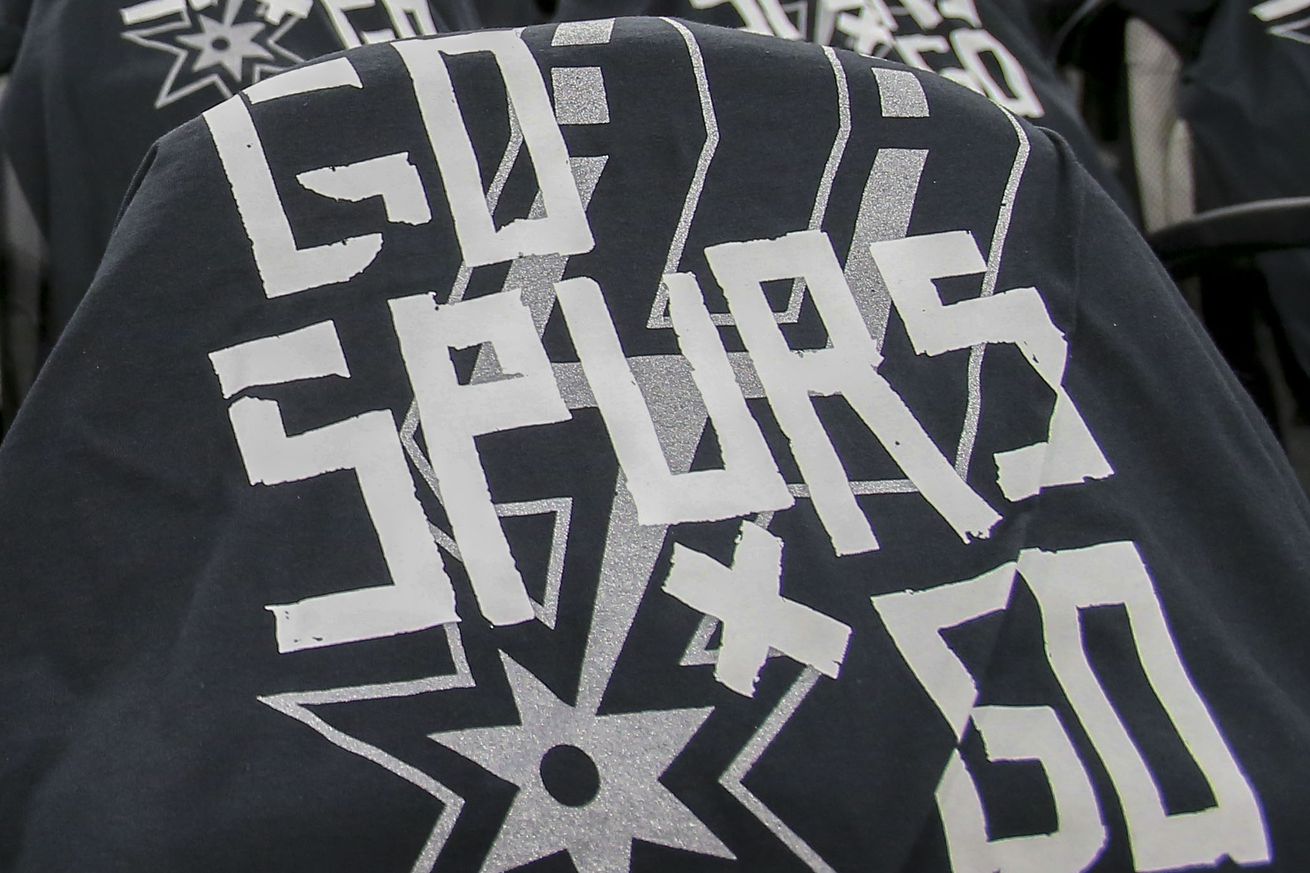 Even hobbled by injuries before the season even begins, San Antonio is a playoff team.

The Spurs have famously made the playoffs every season since 1997-98. But after squeezing in as the 7th seed last year and turning over nearly half the roster over the summer, the team entered training camp this year with as much doubt clouding their playoff prospects as ever before. An already challenging path to extending that streak became even more bleak when the team’s star point guard, Dejounte Murray, tore his ACL just days after Lonnie Walker IV went down with a torn meniscus. But when Derrick White succumbed to a torn plantar fascia, I must admit that I immediately chalked up the season as lost.

But I may have been a bit hasty penciling the Spurs into the lottery for the first time since they drafted Tim Duncan. While a lottery year wouldn’t exactly be a bad thing for the future of the franchise, there’s nothing about this team that indicates they have any interest in losing even a single game, much less half of them.

The upside to missing the playoffs is obvious. Next year’s draft should be deep at the wing, an area where the Spurs have issues, and PATFO have demonstrated time and again that they excel at assessing and developing young players. Handing the team a top 10 pick could easily result in the addition of another star-caliber player. Of course, no team is immune to missed draft picks, so nothing would be guaranteed. Still, the Spurs seem as likely as any franchise to nail the opportunity.

Imagination runs wild with the possibilities, but before you lose a couple of hours of your day, here’s some cold water to snap you out of it. Barring another calamity, that’s not going to happen. It’s not who these Spurs are. It would have been easy to lose an extra couple of games at the end of last season and slide into the lottery, with an opportunity to move up several spots in the draft. Instead, they went 2-1 in their last 3 games, including a win over a Portland team still fighting for the 3rd seed, just so they could match up with the Golden State juggernaut. Meanwhile, Denver lost just one more game than San Antonio, but drafted 4 spots higher.

Maybe they saw it as a math problem, and the small improvement in draft position wasn’t worth losing games, but it’s hard to see this season much differently. The team still has two All-NBA level players and one of the best coaches ever. They may not have the horsepower to match the upper end of the league, but they’ve still got too much talent to lose 50 games unless they’re trying to. Depending on what projections you look at, there are something like 10 teams that should be in that range or worse, meaning the Spurs would have to tank hard to see any meaningful improvement in their draft position.

So, the Spurs are going to win games, and if they’re going to win, that means getting into the playoffs is the goal. Spoiler: it’s not as challenging a road as you might think.

The first step in getting back to the playoffs is beating the bad teams. The Spurs will play around 40 games against teams that finish in the lottery. That number could change a little, based on how teams perform, but in the last 3 seasons no playoff team has played fewer than 39 games against lottery opponents or more than 42.

A common narrative about San Antonio is that they take care of business against bad teams. Looking at the last 3 seasons, the numbers support it. Here are the overall records of the 9 teams that have made the playoffs each of the last three seasons compared to their records against lottery teams in that time:

Even last year, when they struggled to a 47-35 record, the team cleaned up against non-playoff teams, winning 30 out of 40 games. This season’s Spurs may not be able to sustain that pace, but they’ve demonstrated the ability to consistently beat the teams they’re supposed to, and that’s more about effort and discipline than anything else. Those traits are likely to remain in place this season. If the Spurs can get close to last year’s performance, winning 28 or 29 of the 40 or so games they play against lottery teams, they’ll be about 60% of the way to a win total likely to get them into the playoffs.

On the other hand, the Spurs had by far the biggest discrepancy between their home and road performance of any team last season. They had the 3rd best record at home, at 33-8, behind only Houston and Toronto, and the 10th worst record away, at 14-27. Looking at the team’s offensive and defensive rating splits, it’s clear where most of the problem was.

Over the course of last season, teams league-wide were 4.2 points per 100 possessions better at home. The Spurs, though, were a whopping 9.1 points better, and over two-thirds of that difference came on the offensive end. Comparing home performance only, the Spurs had the 8th best offense in the league. But their away performance fell all the way to 24th.

With such a dramatic drop on the road, it’s not surprising that they saw a corresponding dip in almost every offensive stat. The biggest hit came on the team’s shooting. Their eFG% on wide open shots, for example, plummeted from 13th at home to 29th on the road. Much of that can be attributed to four players, three of whom are no longer with the team. Bryn Forbes led the way, with a 14.9% drop in eFG% from home to away, followed by Kyle Anderson (-10.2%), Manu Ginobili (-10.1%), and Tony Parker (-9.4%). It’s difficult to divorce those individual performances from the overall context of the team’s offense last season, but they stand out as important components of why the team was unable to score on the road.

With DeMar DeRozan on hand, and more minutes allocated to a healthier Rudy Gay, it’s unlikely the team’s offense will struggle nearly as much on the road this year. Even getting back to a 0.0 net rating on the road, which would equate to a .500 record, would get the team 6 or 7 more wins.

Of course, that only holds up if the team can continue to perform on the other end of the floor, where the Spurs could be poised for a major step back. The loss of Danny Green and Kyle Anderson from last year’s 4th ranked defense is cause for concern, as is the potential age-related decline for Pau Gasol, and to a lesser extent, LaMarcus Aldridge. Dejounte was expected to offset those issues but will likely miss the entire year.

Instead, the Spurs will have to lean on the execution that has made their defense great year after year. As Sam Esfandiari put it, the Spurs are “a great case study in how far you can get simply not making mistakes.”

The challenge is that between all the turnover and Dejounte’s injury, the Spurs have almost no continuity. I’ve said it before, but they can’t put a single 5-man lineup on the floor right now that played more than 5 minutes together last year. That means it’s going to take time to build a defensive unit that can think and act as one. Fortunately, not all is lost.

Even without Danny, Kyle, Dejounte and Kawhi Leonard on the court last season, both LaMarcus and Pau were able to hold down solid defensive units. According to NBA.com’s Impact Tool, Aldridge’s defensive rating without all four was 104.8 in 315 minutes, and Gasol’s was 97.3 in 276 minutes. Together, they had a 95.4 defensive rating without any of their best perimeter defenders on the floor, though that was only over 77 minutes of playing time. Even with all 6 of them off the court, the Spurs managed a 107.0 in 131 minutes.

Those aren’t large enough sample sizes to rule out the effects of specific matchups, or other variables, but if 107.0 is the worst it gets, the anticipated defensive drop off won’t be nearly as severe as most suspect. For context, the best defensive rating in the league last year belonged to the Utah Jazz, with a 102.9. The Spurs certainly aren’t going to challenge that, but the Detroit Pistons at 10th had a 106.6. It’s very reasonable to think the Spurs could hang around there. That would be a 2.5 point per 100 possessions drop from last year’s performance, which is substantial, but a top 10 defense will still win a lot of games.

The Spurs are well ahead of the curve in getting to their fair share of injury woes. Between Murray, Derrick White, and Lonnie Walker IV, the team is already looking at well over 100 missed games due to injury. They won’t be the last team to have an important player go down for part of the season, though. Last year, aside from Kawhi Leonard, 10 former All-Star, All-NBA, and All-Defensive team members missed 15 or more games. While nobody wants any player to get sick or hurt, who does and when will have a lot to do with how the bottom of the West playoff race shakes out.

Similarly, it looks very likely that at least one major trade will shake up the playoff race. The Jimmy Butler situation in Minnesota should get sorted out at some point and will have a direct impact on San Antonio’s playoff chances. If Butler is traded out of the conference, the Spurs will have better odds. If he goes to another team in the West on the playoff bubble, not so much.

With so many new faces, it’s hard to tell what this team will be. Integrating everyone into the Spurs machine is challenging enough, but attempting to do so while mitigating the sudden loss of a key player will be one of the greatest challenges of Popovich’s career. They’ll need time to find their identity and likely won’t be the best version of themselves for months yet to come.

Still, the Spurs will bring focus and effort every night because their coach demands it. They’ll beat the teams they’re supposed to beat, and the offense will travel better this year. Those two things alone should get them close to playoff contention. If they can build a defense out of the pieces on hand, that should be enough to push them over the hump.

It might not be pretty, but it’ll be the playoffs — for a 22nd consecutive year.