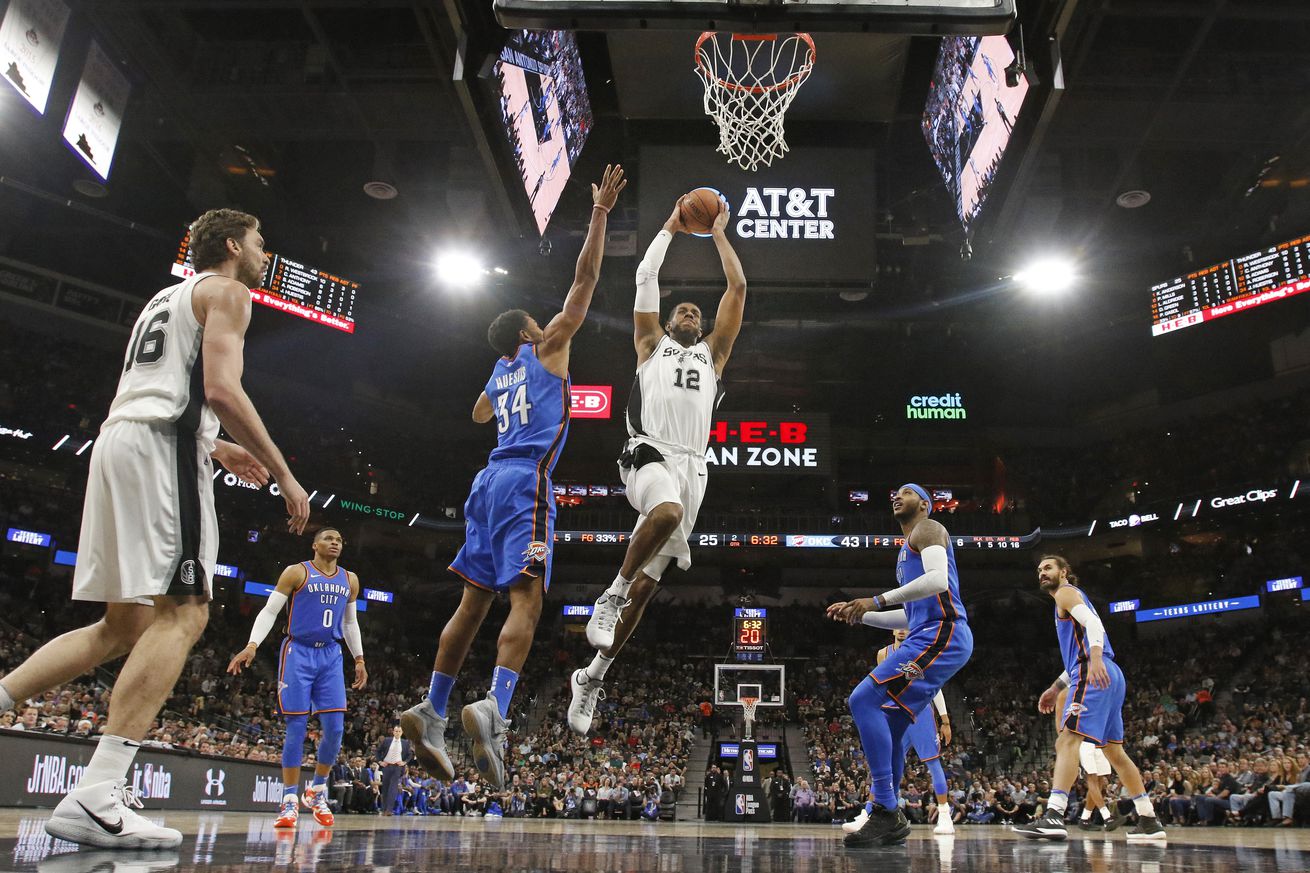 The NBA has taken some very sound steps toward eliminating player fatigue by making the schedules less demanding. The season was started early in order to reduce the number of backs-to-backs (BABAs) and entirely eliminate the dreaded four games in five nights — or as they were called on this blog, FOGAFINI. Made up of two BABAs with a day separating them, the FOGAFINI was the a scourge on the schedule, but now they are no more, and we can call rejoice.

However, that doesn’t mean there’s nothing left to improve. There’s still a stretch of games that NBA teams dread, the FIGASENI (FIve GAmes in SEven Nights) constructed by a BABA, a day off, a game day, another day off, and another BABA. On the schedule, it looks like this:

As FIGASENIs go, this one isn’t too bad. The Spurs had December 2 off, and the first game is an early one, which means travel shouldn’t cause the team to arrive at their next location at three in the morning. Also, after playing OKC, the next three games are at home, which helps quite a bit. Additionally, the final bit of travelling the team will do, between the fourth and fifth games, is west to Phoenix, which will give them an extra hour. Finally, this FIGASENI is followed by two days off, so after this week, they don’t play again until the 12th.

So it’s a lot of games in a short period of time, and the same kind of conditions under which Restgate happened almost exactly 5 years ago — although Pop held out the Big 3 and Danny Green at the end of a stretch in which the Spurs had lot of travel.

Anyway, a lot has changed since those bad old days. The game is different, the commish is Adam Silver, and Tim Duncan has retired. But Gregg Popovich is still the coach of the Spurs, which means that he’s going to do what he feels is necessary to keep his players healthy. So I wasn’t exactly surprised to receive the following via email today:

That’s right, when they face the Oklahoma City Thunder this evening, the Spurs will be without their best player, this season’s highest scorer, and the team’s floor general. It’s okay if you feel like a loss is a forgone conclusion, even if they if the home team is sporting a 9-12 record. But remember Pop’s attitude concerning these things:

Popovich is saying, you are just another team, those are just other players, this is just another game. The game is the game. There’s a ball, there are two baskets, there’s the court. You five guys, go play those five guys, and do your best to beat them. Amen.

After all, the Spurs nearly beat the Heat that fall night in 2012, and everyone who’s available for San Antonio will certainly be taking the proceedings seriously. It’s the opportunity for extra experience for the guys who get more playing time than usual, a chance to rest for the guys with the night off, and yet another statement from Pop. It is just another game, and may the best prepared team win.