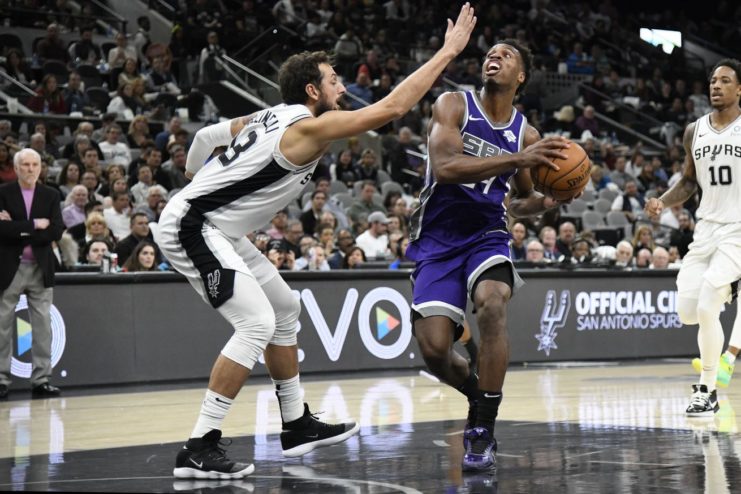 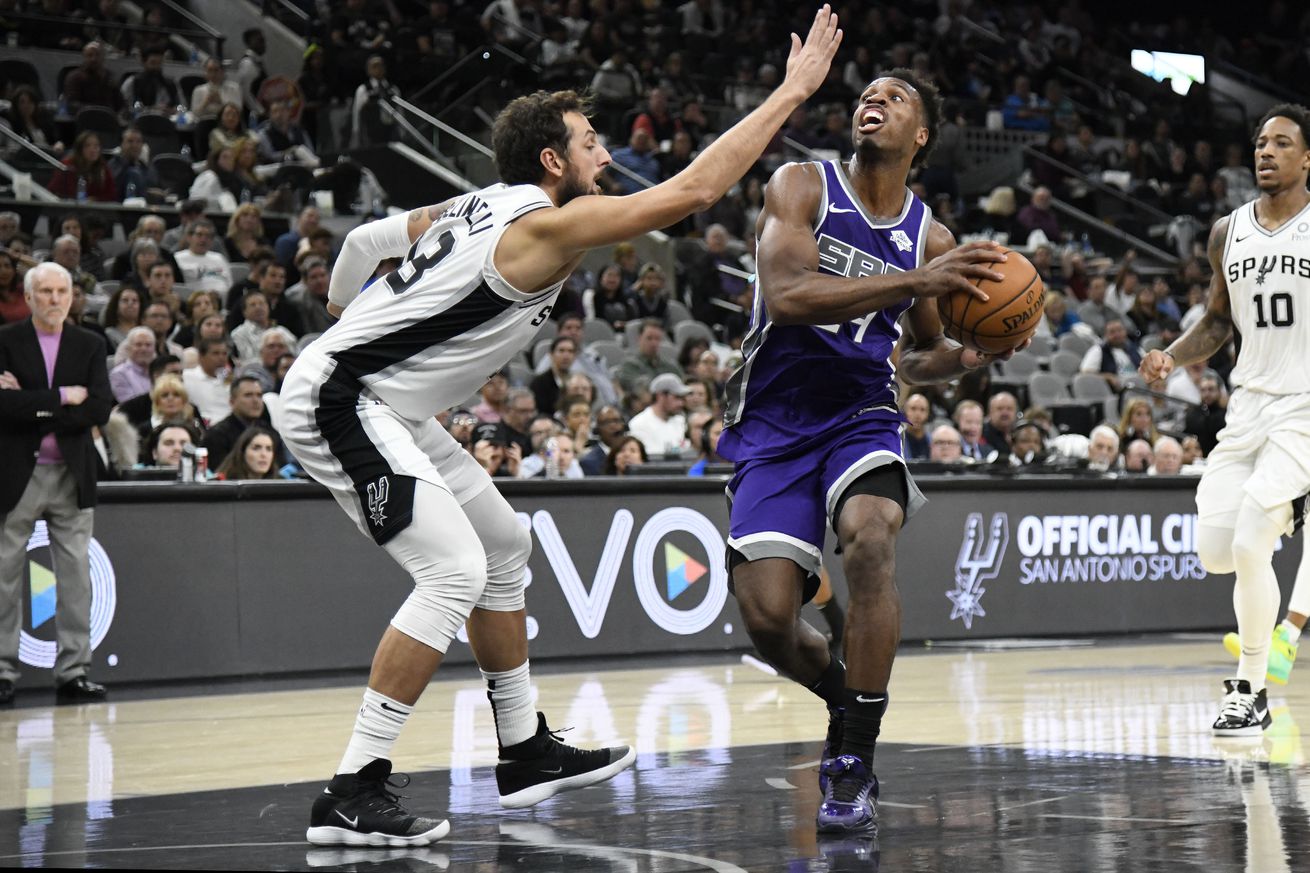 San Antonio doesn’t turn the ball over a lot, but that doesn’t mean they’ve limited their opponents’ fast breaks.

With the Spurs off for a few days, the PtR staff has been tackling some of the more pressing questions about the Silver and Black’s performance so far this season. We’ve already talked about San Antonio’s struggles in the clutch and discussed whether Jakob Poeltl should get some of LaMarcus Aldridge’s minutes. Now it’s time to address transition defense.

The Spurs allow the second lowest mark on opponent points off turnovers, but the 11th most opponent fastbreak points in the league.

Is the problem with transition defense one of effort, personnel or a lack of collective basketball IQ?

Marilyn Dubinski: Mostly personnel. The starting unit in particular does not possess much speed, and there are a lot of teams that can get out and run on that group. Combine that with the fact that more of their shot attempts are jumpers, and that opens the window for more long rebounds after misses. Finally, consider the fact that the Spurs are a top-10 team in offensive rebounds per game (10.7). This means players aren’t hesitating to crash the glass (five main rotation players average more than 1 ORB per game, and it’s not just bigs), which can result in open space behind them and a lot of ground for several players to cover to get back on defense. That latter point may actually be more based on scheme than anything.

Mark Barrington: I think it’s who they have on the floor, mostly. Have you seen LaMarcus run? He has this weird upright gait with fists pumping that just looks awkward. Any reasonably quick big man can get to the basket ahead of him, forcing a cross match that puts a poor defender like DeMar on a bigger player which usually spells disaster. But it’s not just speed. Even when the bench is on the floor, sometimes they get burned because they don’t make the right play, for example when Dejounte gambles to get a steal and ends up out of position. The team just isn’t that fundamentally sound yet.

Bruno Passos: Personnel mostly. They’re controlling what they can by limiting those turnovers on the offensive end, but ultimately teams know they should push the pace against the kind of guys the Spurs typically have on the floor. Without trying to name names, an underrated part of defense in my opinion is simply appearing to pose a threat to the guy with the ball, and opponents too often show a sheer lack of fear when taking it at guys like [REDACTED].

Jesus Gomez: All of the above, really. I’ve never seen a Spurs team make so many fundamental mistakes in transition defense. I’m talking about simple stuff, like not stopping the ball or losing track of trailing shooters. The lack of three-point threats also means that in order to be useful a lot of players have to be closer to the basket than they would ideally be. We’ve seen Dejounte Murray, nominally a point guard, regularly positioned in the dunker spot, which makes it tough to have floor balance. It really is a combination of things, but what really infuriates me is the lack of effort.

Way too many times players, especially LaMarcus Aldridge and DeMar DeRozan, stay back complaining about a call and get beaten down the court by their men. Other times guys just run back casually instead of collapsing into the paint to discourage drives or let themselves get beat off the dribble in secondary transition before the defense is set, funneling ball handlers into nonexistent help. There has been an alarming lack of urgency on defense in general and it’s been even more notorious in transition, which is why I think this iteration of the team feels so bad at stopping fastbreaks even though their actual numbers are similar to last year’s team.

J.R. Wilco: I don’t know if it’s the fewer number of timeouts each team is given (reduced from 18 to 14 two years ago) or if that’s just a coincidence, but I’ve noticed any number of fast break baskets given up this season — on just the kind of play that Gomez highlights above — and expected to see Pop immediately call a time out to chew out the guys who were beat for a quick score because they didn’t bust their tails to get back … only to watch the Spurs offense set up as game continued. Used to be that Whitebeard would nip that kind of thing in the bud right away.