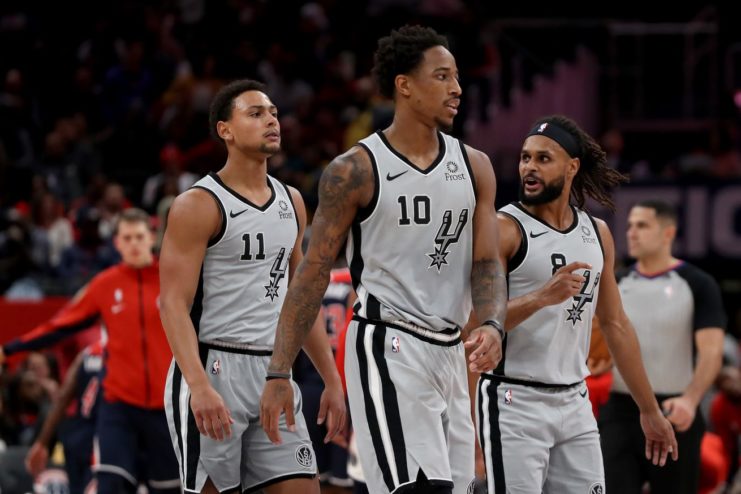 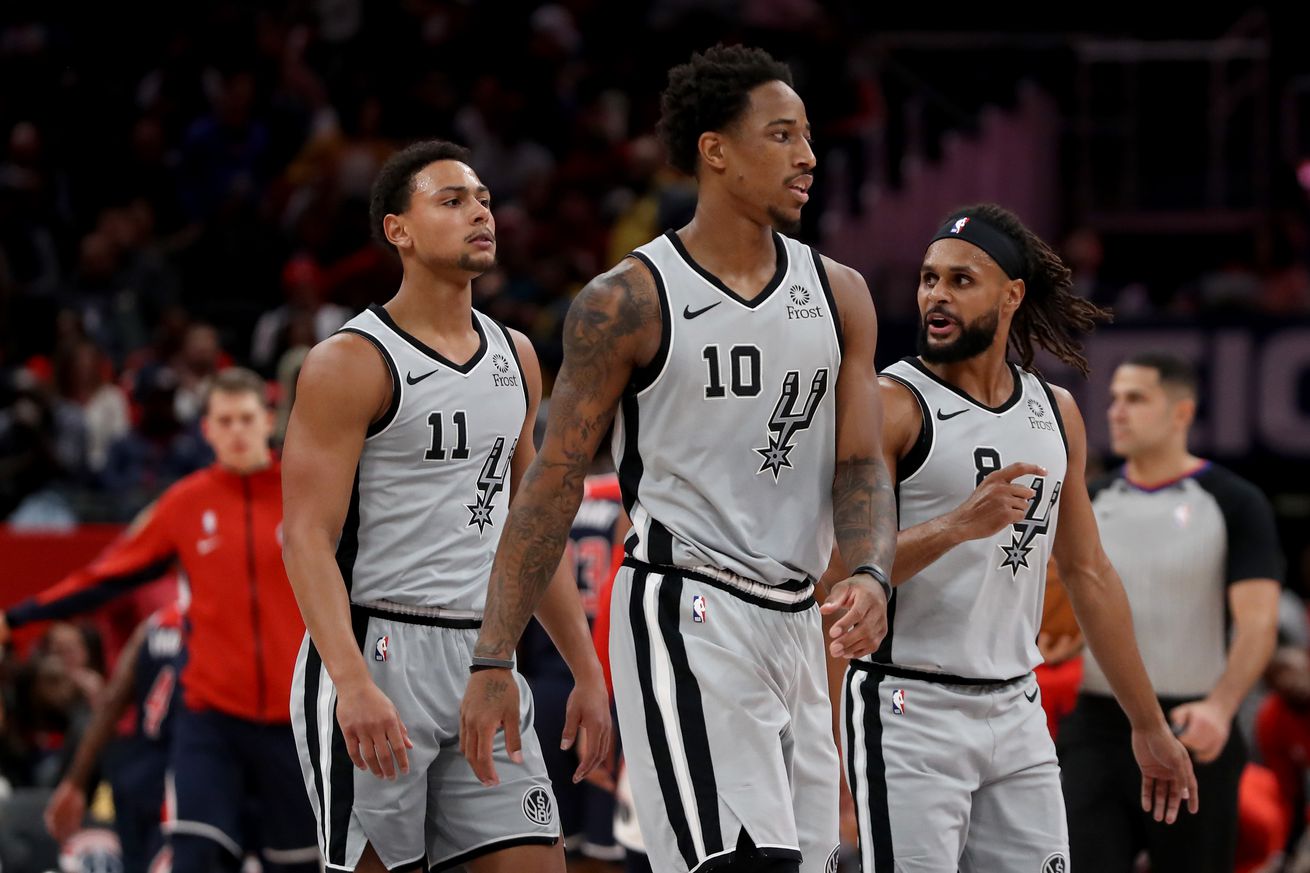 Being bad isn’t the problem, it’s not trying to be better.

The Spurs’ defense continued it’s downward trajectory in their Wednesday night loss to the also struggling Wizards. Neither team could do much to slow down the other, resulting in 138-132 shootout that did wonders for both teams’ offensive ratings, but dropped the Spurs to 28th in defense, per Cleaning the Glass.

Though it’s fair to point out that the Wizards’ 60% shooting from three had more to do with their output than any single breakdown on the Spurs’ part, it’s also important to note that just one or two more good defensive possessions could have turned this loss into a victory. For a team that came into this game on a 6 game slide, it’s difficult to imagine how they wouldn’t be firing on all cylinders for the full 48, but that was clearly the case.

With Derrick White out, the team resorted to more offensively oriented lineups for most of the game, choosing to start Patty Mills and move Dejounte Murray to the bench. DeMar DeRozan led the team in minutes, at 39, with Bryn Forbes playing the 2nd most minutes, at 32, and Patty the 4th most, at 30. All three are limited defenders, though their physical limitations aren’t crippling when they put forth effort on every play.

For Patty and Bryn, that’s rarely an issue. Both get beat, isolated in a mismatch, or find themselves unable to effectively contest a shot by a larger player multiple times a game. It is what it is. They fight as hard as they can, but their individual ceilings just aren’t that high. For most of each game, the same can be said of DeMar. He just lacks the lateral quickness and anticipation necessary to be a good wing defender.

In and of itself, that’s not the end of the world, especially when the team can avoid playing them together. But sometimes, it doesn’t even look like DeMar’s trying. Watch how easily the Wizards screen him out of this play.

That’s a critical play with less than a minute and a half left in what will go on to be the team’s 7th consecutive loss. They’re down by 7 and desperately need a stop if they want to mount a comeback. But once Bradley Beal takes the handoff from Rui Hachimura, the Wizards are essentially playing 5 on 4. DeMar’s way too far behind the drive to affect anything and only Rudy Gay’s timely help forces Beal to attempt a difficult reverse layup that just rolls out.

More than that, LaMarcus Aldridge immediately leaves Moritz Wagner to pick up Hachimura on the roll because it’s clear DeMar hasn’t stayed attached and the Wizards’ power forward has a free run to the rim. As DeMar jogs behind the play, Wagner, who was 3 of 4 from three on the night, pops to the top of the key and doesn’t have a defender within 15 feet of him when Beal puts the ball up on the glass.

The ball rolled out, though, and DeMar was there for the rebound. He ran it up court and attacked immediately, drawing a shooting foul and a pair of free throws that would close the gap to 5, but gave those 2 points back with a foul of his own just 9 seconds later. That, in essence, is what you get with DeMar.

He can be a one-man offense at times, and his impact on the team’s offensive efficiency since his arrival can’t be denied. But he’s also a one-man offense for the other team, providing a relatively consistent source of easy buckets whenever he’s not fully locked in, which seems to happen at the most inopportune times. It’s possible to paper over that weakness with strong defenders everywhere else on the court, as the Raptors did for years, but the Spurs haven’t had that luxury so far in his stint in San Antonio.

They could soon, with the pairing of Dejounte and Derrick. Perhaps those two together will be enough to give the team a viable defense. But if you have to play two All-Defensive Team caliber guards just to offset a liability on the wing, what do you really have?