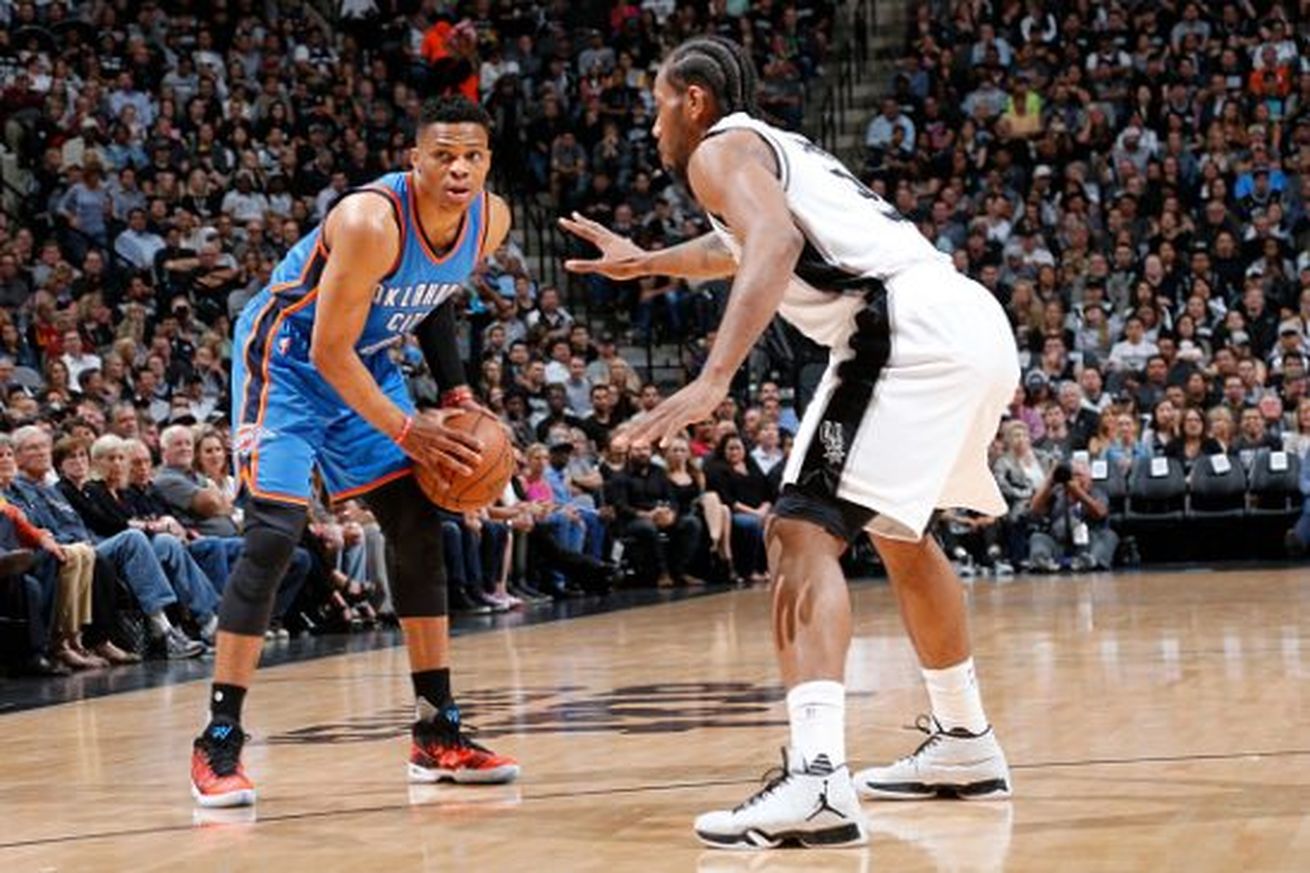 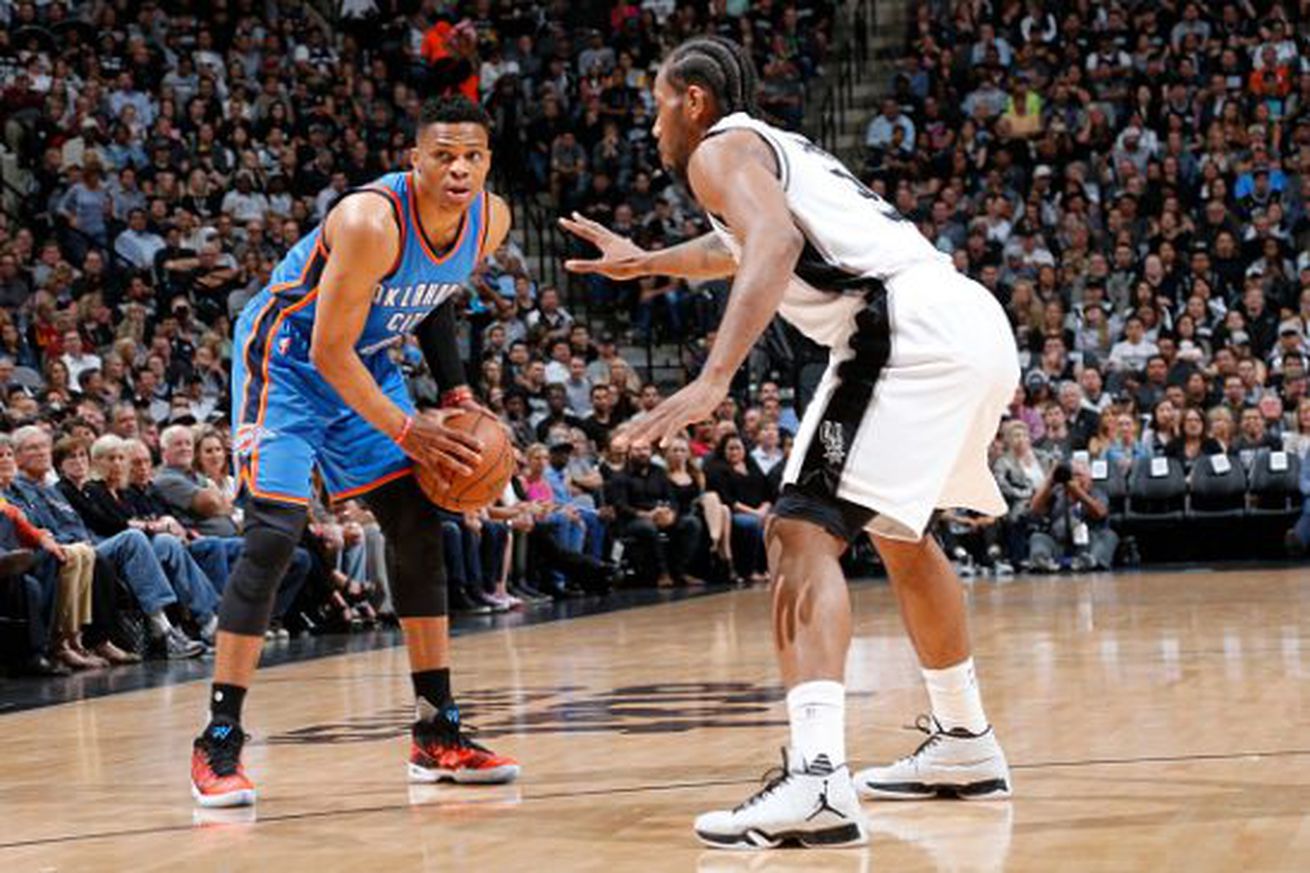 The Spurs came to work as they played aggressive, unselfish team ball on both ends of the court.

From the tip, one could feel that this game was going to be different. The Spurs’ attitude was different. The whole team was up for this game, so let’s take a look at some of the plays.

#1 Starting off in the first quarter where we find Kawhi Leonard working on the inside as he dishes to a rolling Tony Parker who gives it up to LaMarcus Aldridge for the dunk.

#2 This play could be called…Everybody Helps. As Kawhi brings up the ball, he spots up at the three point line and lets it fly. His effort was a little short but not to worry because David Lee grabs the rebound and throws it down.

#3 This is the Grandaddy play of the game. The pinball/beautiful basketball/pass-o-rama extraordinaire. Patty steal, up to David, across to Manu, over to a waiting Kawhi for the dunk. What is it about OKC that brings out these Spurgasm plays?

#4 All summer, Kawhi said he worked on developing his shot with a emphasis of getting to the foul line and this play shows the results of his endeavors.

#5 Through the years, Kawhi has often displayed his talents but this play may surpass them all.

#6 Lets end this segment of plays with a perfect pass by Manu to a rolling David Lee for the dunk.

As someone smarter than myself once said…”Both teams played hard”. And if he had been talking about this game, he would have been correct. Next up…the 76ers on Thursday at the At&T Center, 7:30CST.