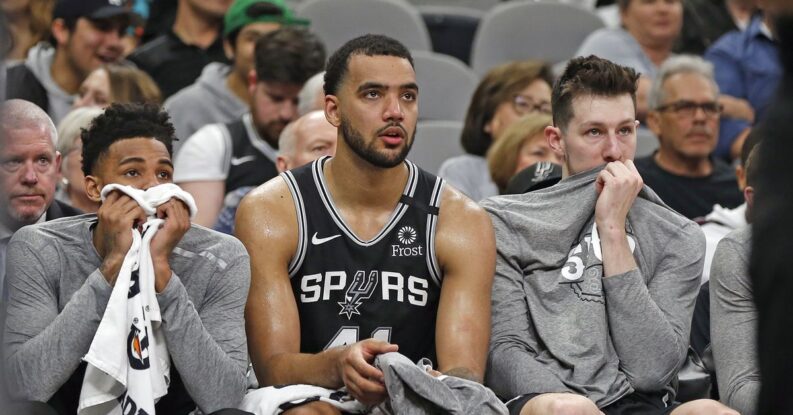 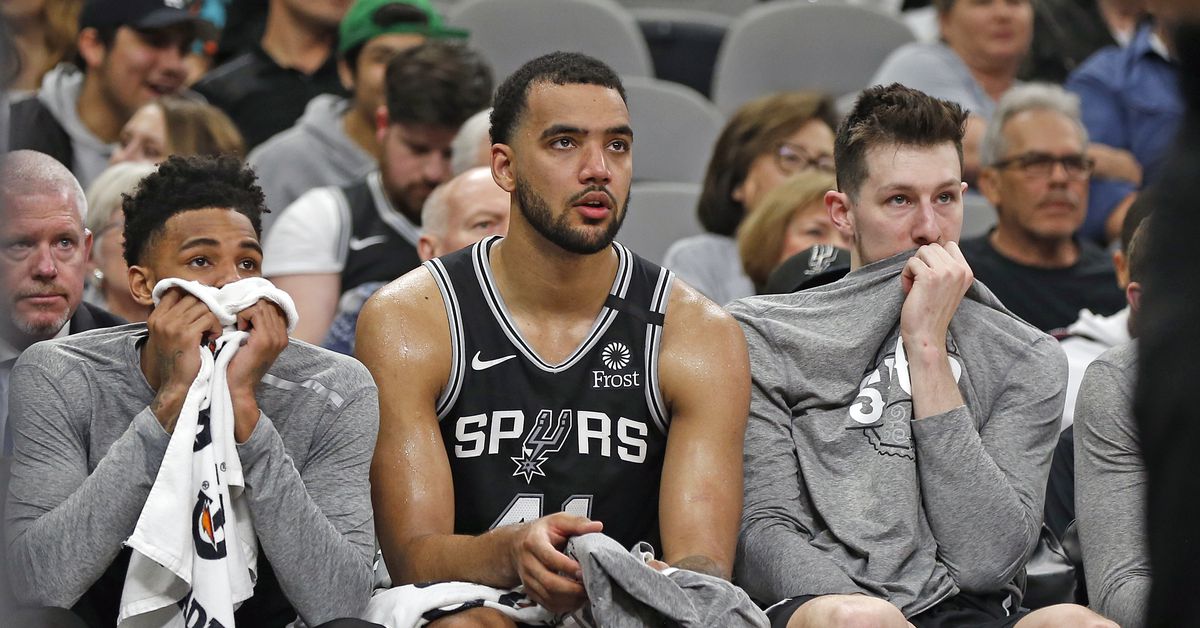 The offseason seems pretty much over for San Antonio. The draft has come and gone and they’ve secured some center depth, so all that’s left now is to sign Tre Jones (if they so choose) without venturing into luxury tax territory.

By most measures, the Spurs have done well, so why is part of the fanbase seemingly unhappy with the work the front office has done so far? Because none of those moves, by themselves or combined, will truly change a team that was mediocre and uninspiring.

Let’s go through the moves made thus far, because it’s hard to find much fault in them. Bryn Forbes is gone, and Marco Belinelli is likely soon to follow. Drafting Devin Vassell seems like a wise move, since he has a skill set that was missing on the roster, and he seems to have both a high floor and potentially a high ceiling. Re-signing Jakob Poeltl for essentially the equivalent of the mid-level exception is the furthest thing from an overpay, and it ensures that the team will have a defensive presence off the bench and potentially the starting lineup when LaMarcus Aldridge departs. Even the smaller moves like keeping Trey Lyles and re-signing Drew Eubanks were wise, as they addressed the serious issue of a lack of big man depth.

Individually, all those decisions are undeniably good, or at the very least defensible. In the aggregate, however, they represent continuity at a time in which change might have been better.

As things stand now, the Spurs will bring back 13 players from last season, if we count Quinndary Weatherspoon, who is back on a two-way deal. The offensive centerpieces will likely remain DeMar DeRozan and LaMarcus Aldridge, and the second unit will feature Patty Mills and Rudy Gay again. Some young players will have bigger roles, but unless people truly believe that replacing the combined 2,462 minutes Belinelli and Forbes played last year with any combination of Lonnie Walker IV (who played more than Marco last season, by the way), Keldon Johnson and Vassell signifies a profound change, the Spurs have largely remain the same team they were in 2019/20.

Whether it was even possible to actually pull off big moves this offseason is unclear, so the front office shouldn’t be blamed for failing to pull off far-fetched trades that fans concoct in the trade machine. At the same time, though, it’s understandable to be somewhat frustrated by the lack of moves after weeks of rumors and, more importantly, to be concerned about the Spurs potential lack of ability to make things happen. You need at least two teams to agree to a transaction, but if no one wants any of the assets San Antonio has accumulated, then that maybe suggests the Spurs have accumulated the wrong assets.

There are other ways to look at things, of course. The optimistic perspective is that the Spurs are being patient with their rebuilding effort and simply banking on internal development while waiting for next offseason, when they will have ample cap room if they let the veterans walk. Or maybe they are planning on being opportunistic around the trade deadline, when an injury or a surprisingly good or bad start could make opponents desperate for an upgrade. The big shake up didn’t happen now, but that doesn’t mean it’s not coming in the near future.

That’s the hope at least, because the alternative is that the Spurs either are actually happy where they are or don’t know how to rebuild after decades of contention. Right now, the franchise is stuck in the middle: not good enough to make noise in the postseason and not bad enough to have its pick of the top talent at the draft. At some point they will hopefully make a decision that will lead them to either bottom out or land the star they desperately need to get away from mediocrity.

It’s become apparent that it won’t happen this offseason, which is fine. There are worse places to be in the NBA than a playoff hopeful that needs just a few things to go right to be fun and relevant. Maybe the veterans will adjust to new roles, the young guys will take a step forward, and things will click. It’s possible.

The fact that we’ve been waiting for it to happen for two years only to be disappointed, however, shows that it might not be as likely as we’d all hope it’d be. If for a third season in a row, the Spurs with the current core fail to inspire much optimism for the future, it will not only be time to make changes, but also to wonder if the previous years were just a waste of time.

Once again, the Spurs have had an undeniably good offseason, in a vacuum. They drafted well, didn’t make any bad signings, are letting go of the free agents that needed to leave, and keeping the ones that were worth re-signing. If they were a contender making those smart-but-safe moves, they would get universal praise. But they are not anymore.

Eventually, San Antonio will have to make bolder decisions to get back to contention. So far, the Spurs have delayed the inevitable. Let’s hope it’s all part of a plan and not a result of a paralyzing fear of the unknown.