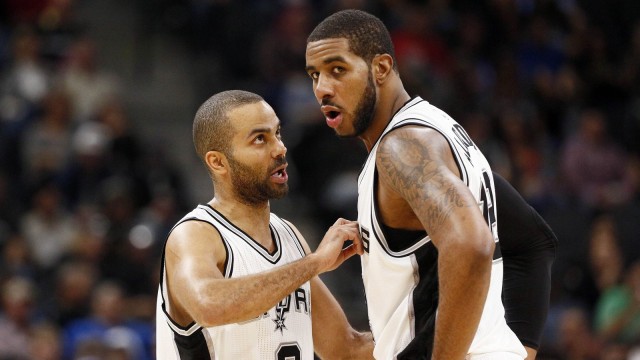 After a slow start, San Antonio’s new-look offense is beginning to find its rhythm. On a per-possession basis, it’s one of the most efficient in the NBA, top-two in the league in field-goal percentage and assist-to-turnover ratio, averaging 106.3 points over their four-game winning streak. The scary part, though, is that this is an 18-4 team — with the league’s second-best point differential — that still hasn’t learned what its offensive ceiling is.While they’ve jelled exceptionally well as a defensive unit, the new pieces are still finding their bearings on the other end of the floor, and the old guard is adjusting, as well. A 51-point blowout against lowly Philadelphia has skewed the numbers just a bit, but we’ve seen enough encouraging signs through 22 games to think that the Spurs should be able to dominate teams……Read More

Source: The Spurs offense is on the path to greatness – Pounding The Rock