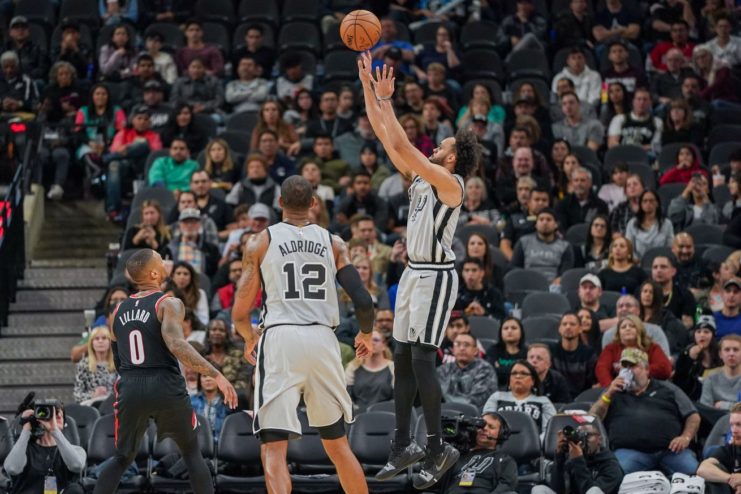 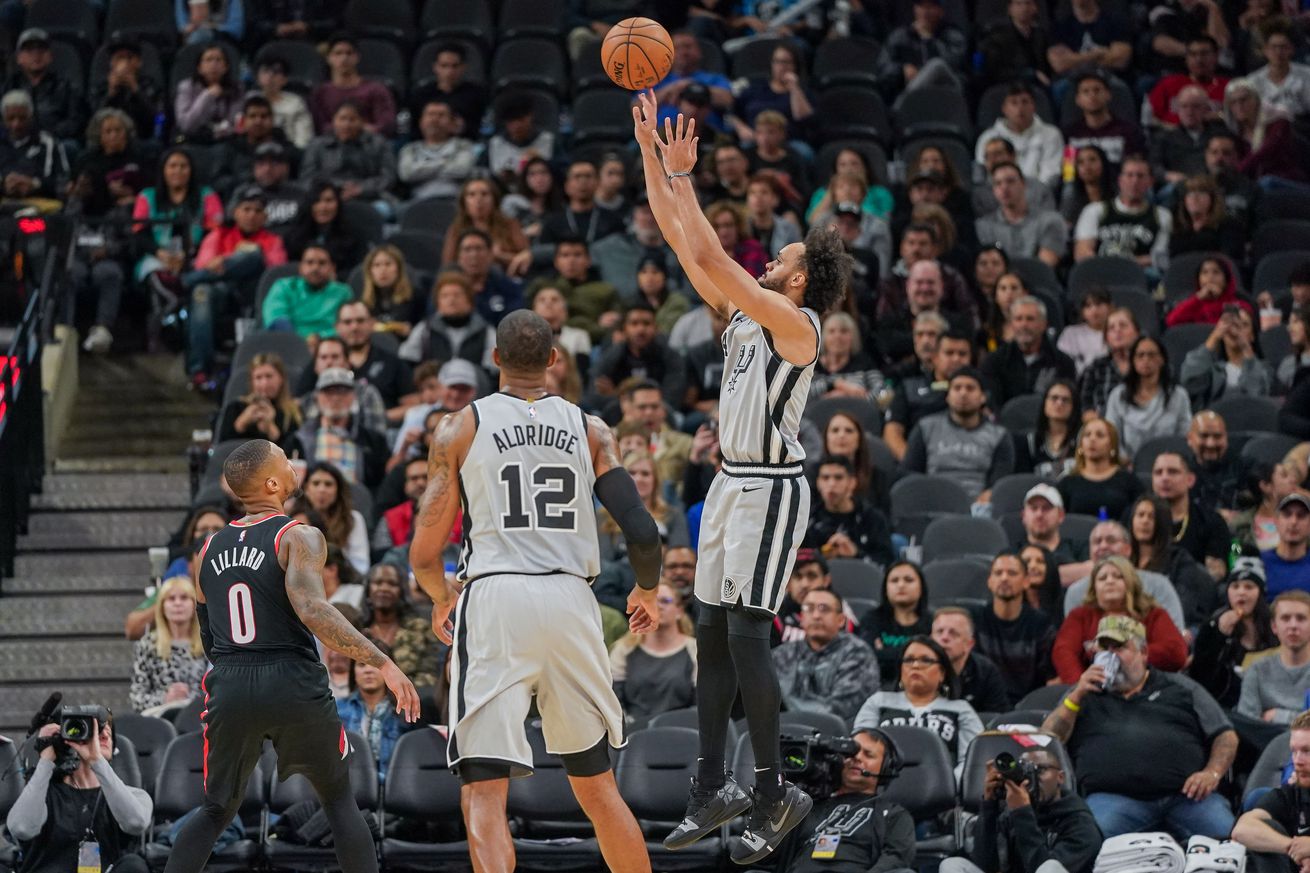 White needs to be a three-point threat for the Spurs to be at their best.

The Spurs played one of their best games of the season against the Clippers to get a surprising, much-needed win. There are plenty of reasons for the upset, but one that stood out was the team’s hot three-point shooting.

San Antonio attempted a season-high 36 shots from beyond the arc and tied a season-high 14 makes. Even more surprisingly, it was Derrick White who paced all players with a career-high five made outside shots after going 1-for-6 the previous game.

White’s three-point shooting percentage has been stellar all season, so it shouldn’t be surprising that he bounced back. But the type of three-pointer he made is what separates his performance from others and makes it so intriguing.

Before the game against the Clippers, White was averaging 2.1 three-point attempts a game. For a guard who doesn’t handle the ball constantly, that’s on the low end of the spectrum in terms of volume. To anyone who has watched him play, that makes sense because White has traditionally been reluctant to pull the trigger from outside his entire short career.

Derrick White hit a career high 5 threes on 7 attempts. Asked Pop if he wants to see more of White as a willing three point shooter:

“We’ve been saying that all year. He’s just gotta have confidence ans let that thing go.”

Not only has White been shy about letting it fly in the past, but when he did he typically had a much better efficiency on pull-up threes. This season that disparity was stark, with his makes off the dribble beefing up his overall percentage greatly. Before the game against the Clippers, White had made more pull-up threes than those off the catch-and-shoot variety, making over 46 percent on the former and just 28 percent on the latter.

A three-pointer counts the same no matter the type, and if White’s predilection for pull-ups was accompanied by volume and consistency on those looks, he’d be an extremely dangerous player. Unfortunately, he’s hesitant even when shooting threes off the dribble and can get cold on those shots as well, which creates some issues for San Antonio. Those were in full display against the Timberwolves, who constantly dared White to shoot to neutralize his playmaking and keep the ball away from LaMarcus Aldridge and DeMar DeRozan. White was often hesitant to pull the trigger, and when he did, he was ice cold.

It was the same treatment most teams used against Dejounte Murray, and on nights in which White is not hitting, he’ll be just as awkward a fit in the starting lineup as Murray was. White should absolutely continue to let those pull-ups fly when open, but at this point he’s not an off the dribble shooter who scares defenses in the way, say, Damian Lillard does. He’s not the team’s primary scorer, and he’s not someone who will take 10 threes without hesitation, so most teams will give him that shot in order to neutralize other offensive threats.

Which means the best way for White to help the offense with his outside shooting is to actually become a confident, prolific catch-and-shoot threat who creates space for the stars and punishes opponents who over help.

Against the Clippers, that is exactly what White did. He made plays as a ball handler but seemed equally comfortable off the ball, playing off DeRozan and Aldridge. In fact, all five of his makes from outside were assisted by the star duo, and four of them came as a direct result of White’s man leaving him to help on one of the primary scorers.

It’s not surprising that White did most of his damage in the third quarter as the Spurs pulled away. San Antonio’s offense, which is still among the best in the league, was clicking then. Having more shooters will only help it.

But White developing as an off ball threat should also help the Spurs on the other end, since it will allow him to play more minutes and potentially share the floor with Dejounte Murray. He can’t be expected to fix a defense that has been nothing short of disastrous whenever Aldridge and DeRozan have been on the court, but being able to play White 30 minutes a night without compromising the team’s spacing would mean fewer minutes for Marco Belinelli and Bryn Forbes. It could also potentially make the much-anticipated White-Murray pairing viable as long as DeRozan is not the third perimeter player on the floor, even if Murray’s shot remains broken. That could have a huge impact on team defense.

It’s only been one game in which White has looked like a catch-and-shoot threat from outside, so any speculation about the notoriously inconsistent guard suddenly becoming prime George Hill overnight is clearly premature. But we’ve seen a glimpse of how much better the Spurs could be if they had a shooter who can defend in the starting backcourt, and White seems like the best candidate to fill that hole.

He has the talent to be more than a 3-and-D point guard, but San Antonio probably needs him to embrace that role for now. If he succeeds in doing so, he could help the Spurs balance their lineups, find an identity, and even potentially turn this season around.