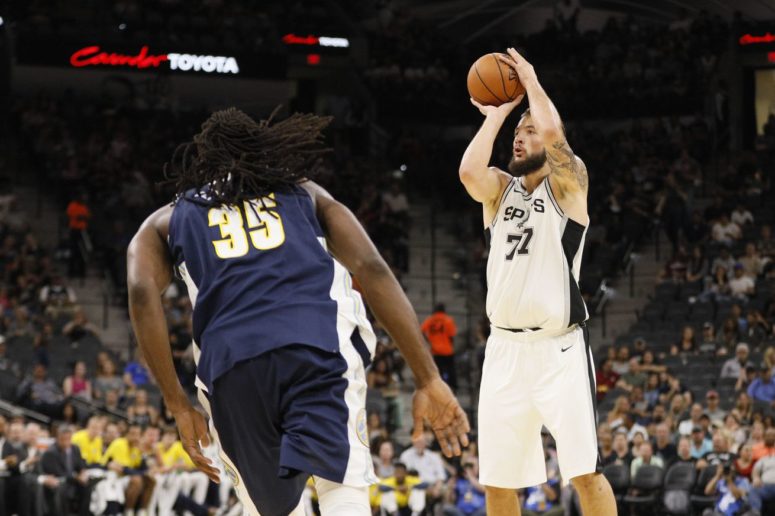 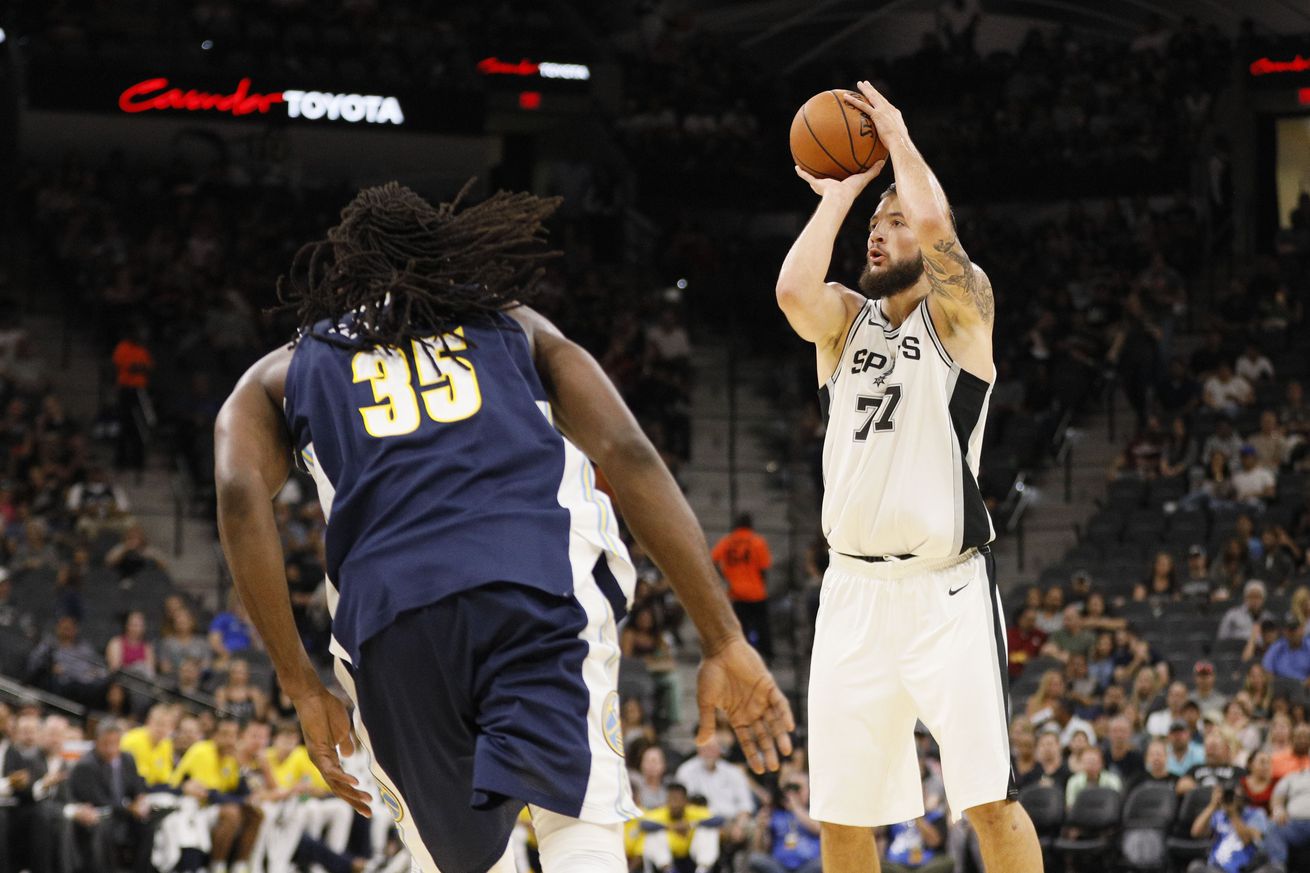 With a revamped roster loaded with shooters and potential, something special could be coming.

You don’t have to be one of the lucky few who have been able to watch a San Antonio Spurs preseason game or two (what’s with that, league?) to know something is up with this team. A quick look at the box scores show the Spurs are shooting threes. A lot of them. In fact, they have attempted 92 so far for an average of just under 31 attempts per game and are hitting them at a 41.3 percent rate. That’s pretty good.

The question is how the Spurs got here, and will this three-point shooting bonanza last through the season? First, let’s get one thing out of the way real quick: I do not expect the Spurs to average 30 three pointers per game, but I do expect them to shoot more than last season – which was a franchise high in attempts, even if it didn’t feel like it – and they very well could be more even more accurate than last year. Here’s why.

First, the Spurs simply have more shooters on the team this season. Looking at the Spurs’ first and second units from last season based on minutes played, three of their top ten players were David Lee, Jonathon Simmons, and Dewayne Dedmon. That group attempted a grand total of 1.3 threes per game (all from Simmons) and only hit 29.4 percent of them. In other words, all three were around-the-rim players (and good ones, to be sure) for a Spurs team that mostly played big.

The three players who were basically signed to replace them on the roster are Rudy Gay, Joffrey Lauvergne, and Brandon Paul: all capable three-point shooters at the bare minimum who could easily thrive in Pop’s system — if the preseason is any indication, they already are. If nothing else they will at least spread the floor more than their predecessors, opening up bigger passing lanes and more room for shooters.

Even if Paul – a 26 year-old undrafted rookie – doesn’t crack the first two units, Davis Bertans and/or Kyle Anderson likely will. Bertans is a known sniper who shot nearly 40 percent his rookie season, and Anderson, who has excellent basketball IQ and passing skills, has improved his three-point shooting rate by exactly 5.1 percentage points each season. With the right opportunity and confidence level, he’d only have to improve by half that much this season join the 40 percent club. He is capable.

Add players like Bryn Forbes, who has carried his red-hot summer streak into the preseason, and rookie Derrick White to the mix of shooters on the team, and that’s only addressing the back end of the roster! Looking at the top seven players, you have Danny Green (a.k.a. Icy Hot) starting unconscious, Patty Mills appearing in 2014 Finals form, and one can expect Kawhi Leonard will return in form, ready to scorch the earth from all over the court.

You also have Pau Gasol, who suddenly became the league’s best three-point shooter last season, and LaMarcus Aldridge is looking to make the 24-footer part of his game. One can rest assured that Manu Ginobili will hit his shots when they matter, and that leaves basically Tony Parker (who established himself well from outside the arc last season) and Dejounte Murray as your weak links from outside. That’s…rather impressive.

In other words, it will be basically impossible for Pop to put a five-man group out there that doesn’t include at least four capable threats from long distance. The more shooters, the more space; and the more space, the better the passing lanes. It may be a bit premature, but we could easily be witnessing the return of The Beautiful Game. It’s okay if you aren’t convinced, but maybe this quote from Manu following Sunday’s clobbering of the admittedly-weak Denver Nuggets will force you to at least think about it:

It’s not something we’ve consciously talked about. We just want to move the ball and take the best shots we can.”

If that doesn’t define The Beautiful Game to its core, then I don’t know what does. It’s still early and this is only the preseason, but the Spurs are showing signs that they could be even more dangerous than last season, even if few others see it.

The possibilities are there, now the Spurs just need to execute. October 18 can’t get here soon enough. Until then take a stroll down memory lane and reacquaint yourself with what could be awaiting:

(stats are from basketball-reference.com)