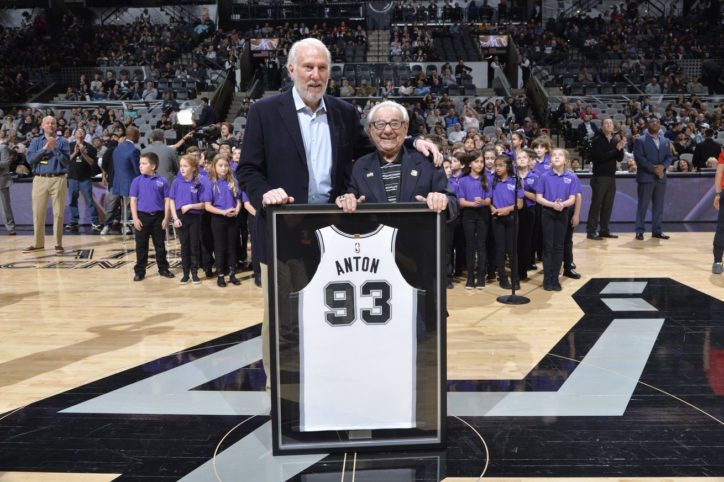 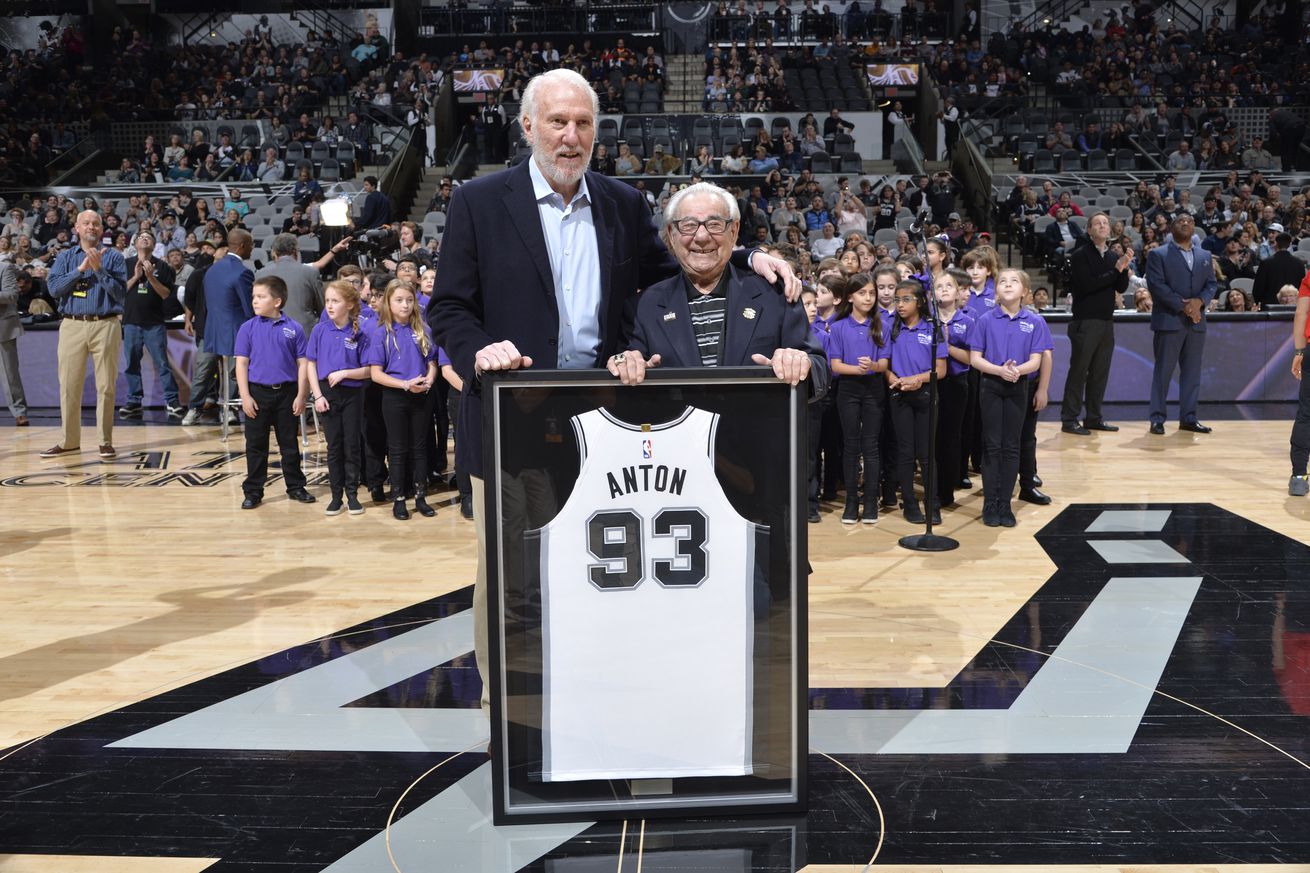 He was honored at a Spurs ceremony last spring.

Pete Anton, the Spurs’ longest tentured employee, has passed away at age 93 following complications from a stroke. He was also the NBA’s oldest active employee. Per Jeff McDonald of the San Antonio Express News:

Anton joined the Spurs as a media services assistant in 1973, the club’s first season in San Antonio after moving from Dallas. The only employee remaining from that inaugural Alamo City campaign, Anton spent 46 years in the organization, working throughout the 2018-19 season.

He outlasted 11 head coaches and saw more than 300 players cycle through the organization. In February, the Spurs honored Anton in a pre-game ceremony, presenting him with a framed jersey emblazoned with the No. 93 — his age.

Everyone has nothing but good things to say about him, including our very own J.R. Wilco and Gregg Popovich back when he was honored.

“He’s just one of those fine human beings that when you’re around him, you’re like, ‘He’s a better person than me, ‘ “ Gregg Popovich, the Spurs’ 12th head coach of Anton’s tenure, told ESPN at the time. “You just know it when you’re with him, and that’s who Petey is.”

The Anton family remains in the thoughts of the Pounding the Rock community.