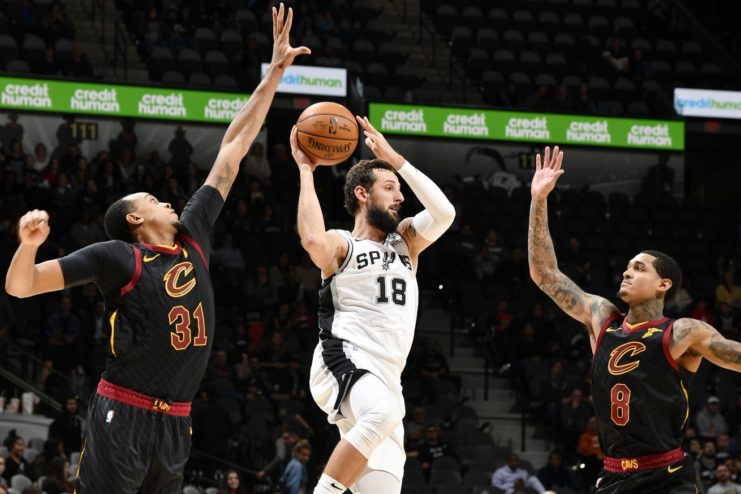 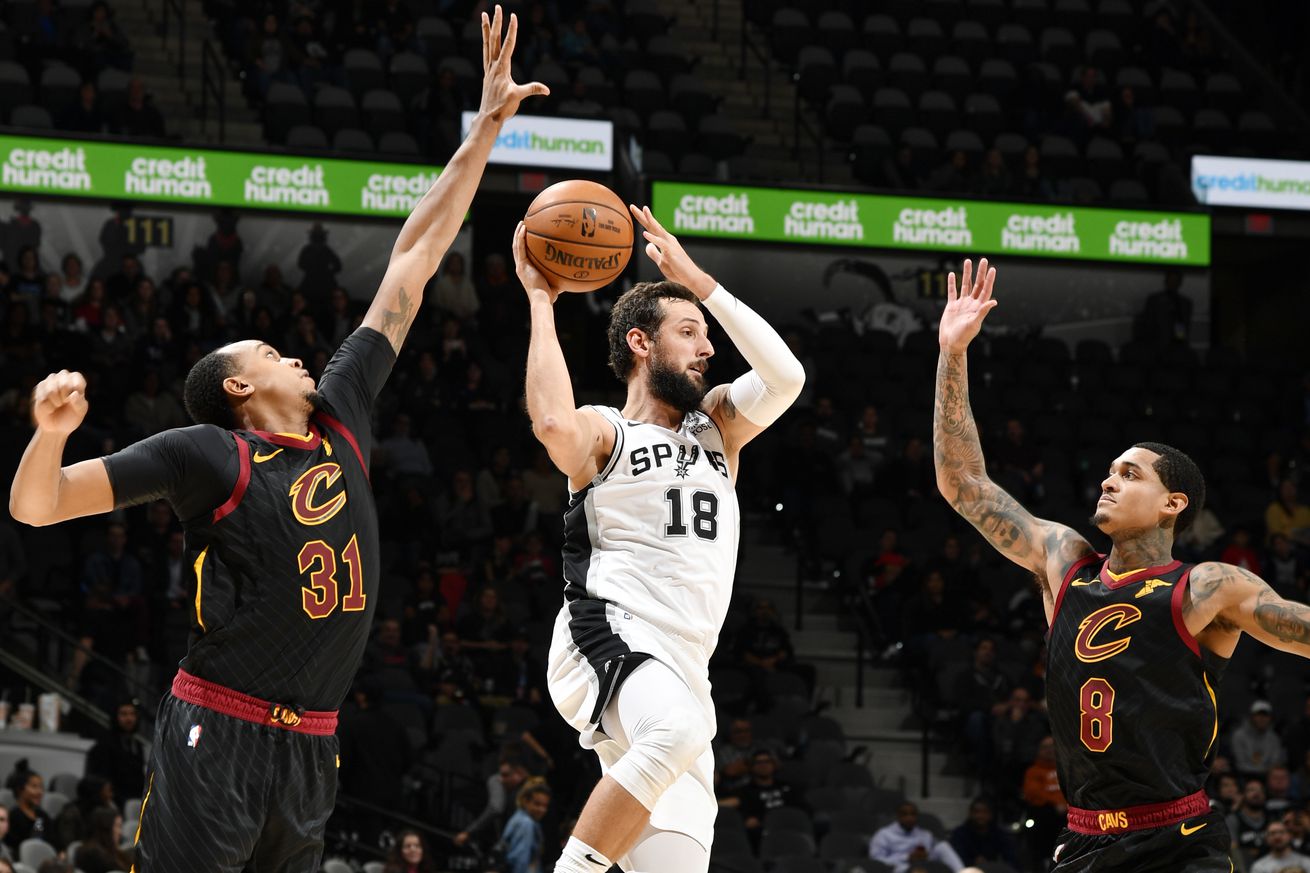 The Spurs ended their loss to the Cavs with a pair of bad misses and some stunningly bad execution.

The Spurs were bad against the visiting Cavaliers on Thursday. They were bad for first three quarters before finding themselves for most fourth. And then, just as it seemed like the Spurs had this one in the bag, they managed to blow a 5-point lead in the last 20 seconds left and play even worse in overtime.

In the same spirit of ineptitude with which the Spurs returned from their five-day break from meaningful basketball, let’s take a look at some of what went wrong at the end of the team’s fourth overtime period in the last three games. Down by 4 to the with 50 seconds to go, the Spurs were still very much in the game and even managed to find a wide open look from three for one of their best shooters.

This is Hawk Cheat, a part of the Spurs’ Hawk series, Derrick White brings the ball up the left side of the floor while Lonnie Walker IV prepares to cut by a screen from DeMar DeRozan at the free throw line. The cutter would typically curl around a stagger screen from the two players on the weak side, LaMarcus Aldridge and Patty Mills in this case, but that would interfere with the next part of this particular play, so Lonnie bends into the strong side corner instead.

As soon as Lonnie is past him, DeMar steps up for an inside screen on Jordan Clarkson while LaMarcus sets a screen for Patty on the weak side. Derrick uses his screen to get a clear passing angle to Patty who has popped out behind the arc. Patty takes an extra beat to line the shot up, then launches it a foot too long, barely scraping the back of the rim before ricocheting off the glass right to Larry Nance Jr.

After Collin Sexton made a pair of free throws, the Spurs took a timeout, now down by 6 with just 17 seconds left. Clearly needing a three to have any chance at all, the Spurs drew up the exact same play they used to force overtime vs the Kings. Here are both plays slowed down and marked up for easy comparison.

There’s a slight difference in that Dejounte Murray sets a screen for Marco Belinelli to catch the inbounds pass against the Kings before going to set the initial screen for DeMar, too. Patty both inbounds the ball and sets the screen for DeMar against the Cavaliers, while Lonnie is alone in the far corner. That had little to do with the outcome of the play, though.

The action never even had a chance to succeed because DeMar began his drive toward the baseline before LaMarcus had even arrived. Going early might have made sense given how little time was left on the clock, but by leaving before the screen was set, DeMar never gave John Henson a chance to drop to prevent penetration, assuming of course that the Cavaliers were going to make the same mistake the Kings did. Since he was still in position to defend LaMarcus, Henson automatically switched onto Marco after the screen, at which point the play was essentially dead.

Marco tried to make something out of nothing, and even managed to draw help and swing it to LaMarcus for an open look. But even if he had made it, so much time had run off the clock that the game was pretty much over.

There’s a good case to be made that the timing issue was at least partially LaMarcus’ fault, as it’s hard to imagine why the Spurs would want to waste even a moment given the game situation. The play couldn’t possibly work without waiting for him to arrive, though, so if that’s the case, DeMar was in a no-win situation.

As with all but about 8 minutes of the 4th quarter, it’s difficult to believe this was the best the team had to offer in their first game back after a five-day break. Whatever they worked on, it’s pretty clear this play wasn’t it.