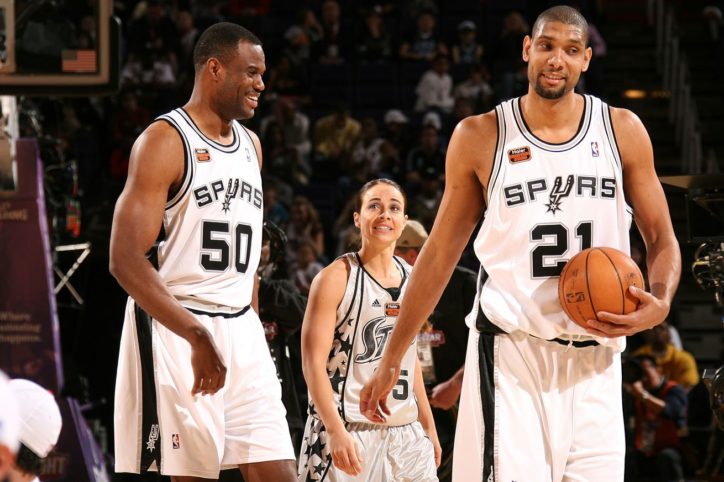 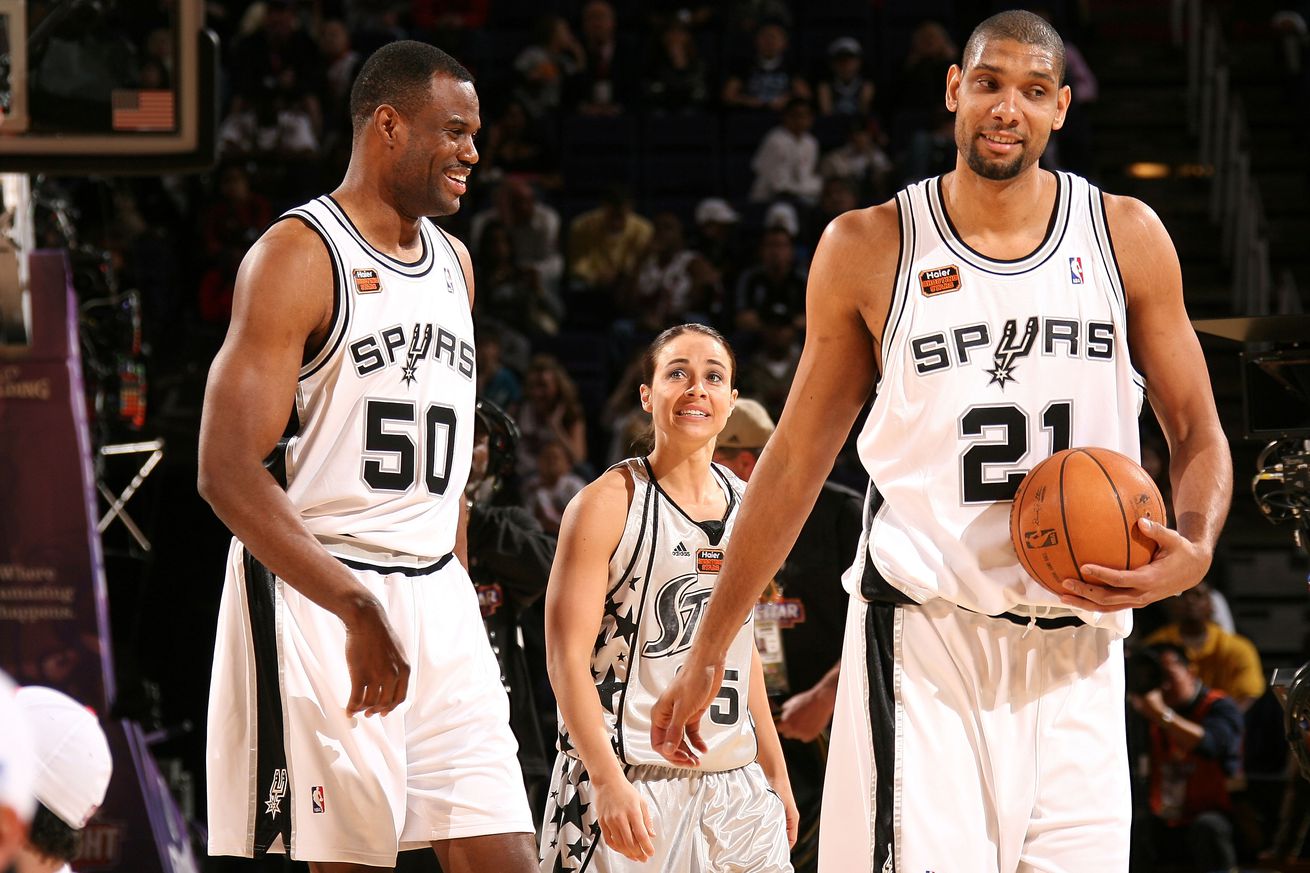 Tim Duncan’s move to Pop’s bench furthers the Spurs as both an institution and evergreen meme.

Spend enough time talking about the Spurs and you see how they, as a subject at least, exist somewhere between narrative and reality, myth and meme. Like maybe no other sports team, San Antonio’s familiar faces, prolonged success and time-worn narratives of wholesomeness and excellence all blend into a single multi-decade vector that is both hard to reconcile and impossible to ignore.

For the converted, the story is clean enough: when the Spurs are not great they’re at least good (that is, they’re Good in a vaguely karmic sense), and their process and values should propel them to the next chance at greatness. David Robinson, the Big Three, The Beautiful Game and five NBA titles — they’re relatively interconnected and unassailable testaments to their proprietary, ego-free approach to the game.

Culture and continuity are ideas that less invested observers may roll their eyes at, because who hasn’t heard them before. They’re a pair of cargo shorts — corny, practical, and sort of ubiquitous — and no one wants to hear someone else go on about their cargo shorts. Consider also the missteps and contradictions that lie between the broader brushstrokes of The Spurs Way, and it’s fine to exercise some healthy cynicism in scrutinizing them. After all, humans are imperfect, companies more so, and holding either of them up to lofty paradigms isn’t just wrong, it’s boring. The fun is often seeing them succeed in spite of their flawed natures, through the inevitable stumbles of the individual and attrition of the whole.

But you can still recognize the truths that prop up the identity and narratives, respect when they hold up over time, and try to get a closer understanding for why it is they do. That’s what makes this team so special, something that Monday’s announcement of Tim Duncan, Assistant Coach, reminded us.

It came in a five-line email press release, presented below is in its entirety:

SAN ANTONIO (July 22, 2019) – The San Antonio Spurs today announced that Will Hardy and Tim Duncan will be added to Gregg Popovich’s bench as assistant coaches.

Hardy first joined the Spurs as a basketball operations intern in 2010 after graduating from Williams College.

“Will Hardy is a talented, young basketball mind who has earned a great deal of respect from everyone in the organization thanks to his knowledge, spirit and personality,” said Spurs Head Coach Gregg Popovich.

Duncan, a 1997 Wake Forest graduate, played 19 seasons with the Spurs before retiring in the summer of 2016.

“It is only fitting, that after I served loyally for 19 years as Tim Duncan’s assistant, that he returns the favor,” said Popovich.

Pop devotes more words to the newly promoted Hardy than Duncan, who also gets second billing in an email innocuously titled, “Spurs Announce Assistant Coach Updates,” and drafted using an economy of words rather than reading as a long-form list of Duncan’s many accolades. Is it performatively tongue-in-cheek or in reverence for the coaching hierarchy? The answer is yes. It makes for as effective a display of restraint and self-awareness that you’ll see in a press release, and that’s because the Spurs know who they are, after all these years. With Duncan more directly back in the fold, the verve of that identity intensifies.

The team is undeniably better for it. The longtime face of the team’s winning culture, Assistant Coach Duncan reinforces a few narratives that may have been questioned through the current nadir of 47- and 48-win seasons. He’ll stand on the sidelines and in huddles, well within view of his number 21, hoisted up just two years ago, coaching guys he won a title playing alongside a few years before that. His voice, experience and gravitas should inspire meaningful change for however long he’s there.

The organizational ethos exists outside of Duncan, instilled early on by Robinson and co., propagated by Pop, R.C. Buford and the various individuals they’ve brought along, and supported by stable, hands-off ownership. There’s actual, concerted action that underlies this, too. Early last season in a scrum with Pop, I brought up the many new names on the roster to frame a question about how the spirit of the team can endure through unprecedented turnover. He kindly rebuffed it, uttering something to the effect of, “I don’t have the time here to explain how you create a culture.” Yet we know the team puts an emphasis on retention and continuity when possible, a dynamic we’ll see the benefits again with the group returning next season. The long game permeates how they talk about themselves: when players join the team, they enter “the program”; relationships matter, and the use of the word “family” seems earnest even before we see the players return to San Antonio time and again. The personalities are tethered as much by their unique talents and life experiences as their willingness to contribute to the greater good and same broad spectrum of ideals — that’s how you turn a team into an institution that extends from Robinson to Duncan and Popovich and Buford to Hammon and Duncan and Brian Wright and beyond. Real culture is self-repeating that way.

And so Tim Duncan is back, officially, if he was ever gone at all. The Spurs’ same continuum takes another lunge forward, and the tired old cliches carry that much more weight in the process.

The Spurs inspire cliches for a reason
Source: Pounding The Rock