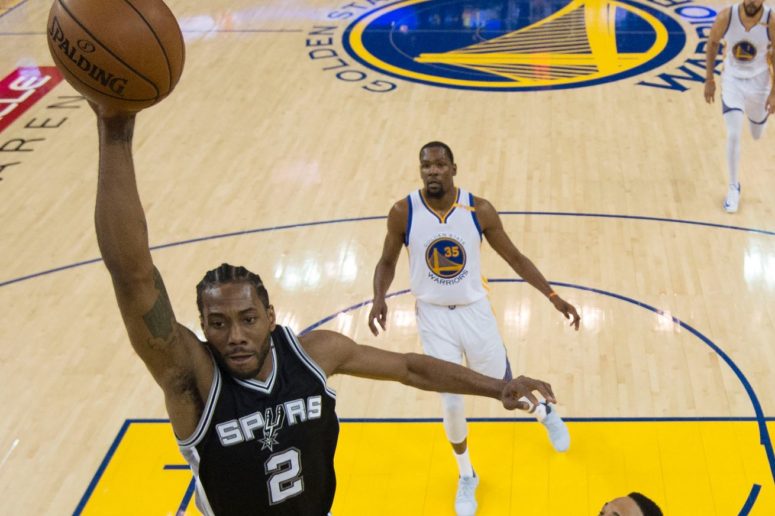 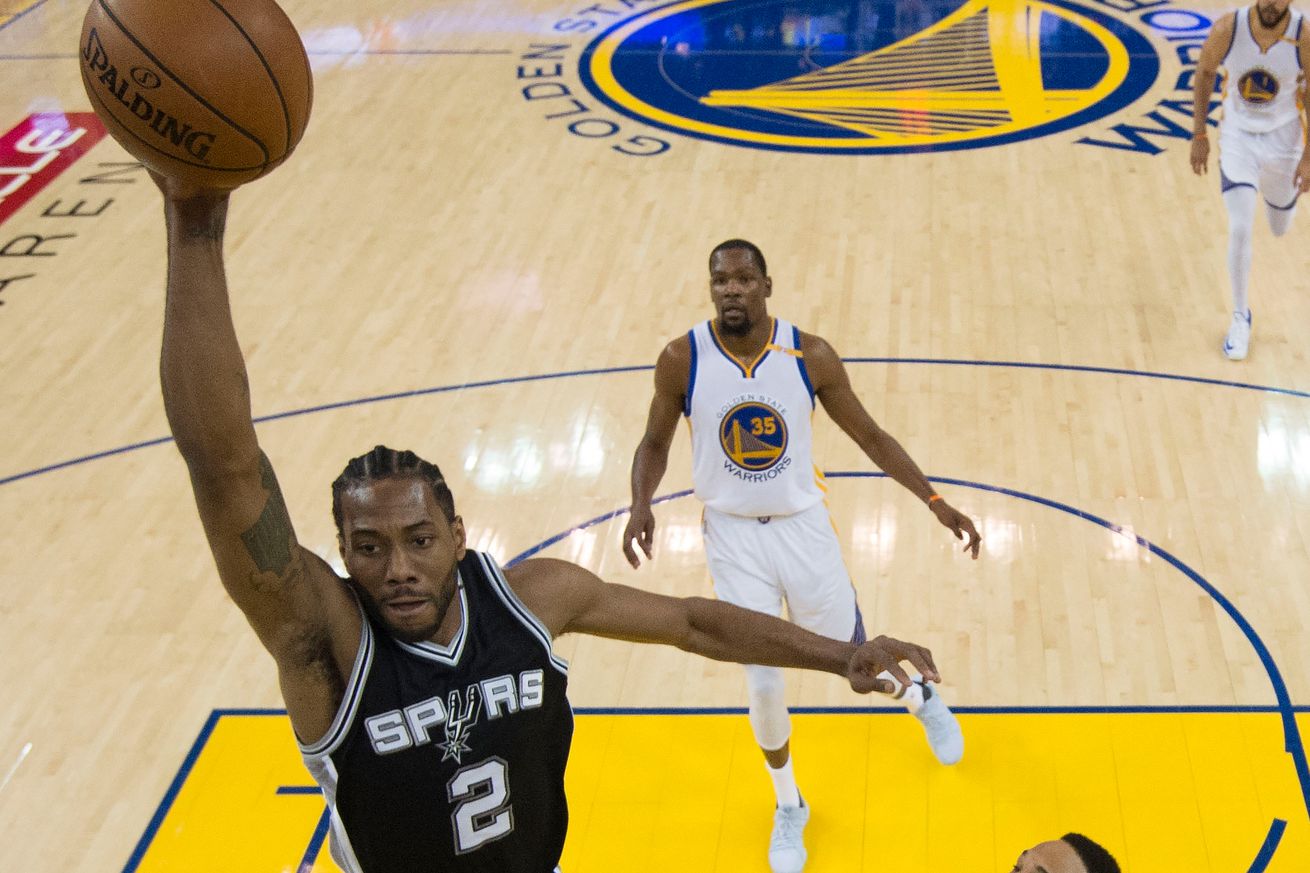 No team in the NBA playoffs has been able to do to Golden State what San Antonio did to them.

Unlike some, I am fine with ESPN. They created the sports superstation, after starting from humble beginnings – at the start, ESPN had to fill air time with log rolling contests and Connecticut high school softball games. I was very sympathetic to all the ESPN on-air talent that was recently fired or demoted. However, none of that excuses this ESPN headline after Game Three of the NBA Finals:

Whoever wrote that headline should not work in sports. The Warriors “toughest challenge” was not coming back late Wednesday night to beat this Cavs team. Virtually all analysts, including this one, predicted that even if the Cavs won Game Three, the Warriors would prevail in the Finals — probably in 5 games.

Indeed, the Cavs were on the verge of winning Game Three only because of some good breaks and calls, and because Zaza Pachulia committed the single dumbest foul in the history of basketball at the end of the first half. Spurs fans’ “favorite Warrior” set a very illegal screen (a borderline tackle) 45 feet from the basket while the Warriors were holding the ball for the last shot of the first half. That foul converted a Warriors possession which was likely to end with a Warriors basket to go up by 10 at halftime into a Cleveland possession and basket that cut the Warriors halftime lead to only 6 – a true “four point turnaround”.

The Warriors true toughest challenge, the one forgotten by the should-be-fired ESPN headline writer, occurred in the first game of the Western Conference Finals, Spurs vs. Warriors, at Oracle Arena in Oakland. The halftime score was Spurs 62 – Warriors 42. Four minutes into the second half, despite the Warriors coming out of the halftime break with fire in their eyes, the home team had not narrowed the lead – the Spurs were up 76 – 55.

Of course, the Spurs went up 78-55 when Zaza took out Kawhi Leonard (who the Warriors had not been able to stop, or even slow down). The rest is history.

But the moment before Kawhi went down? The Warriors were about to lose home court advantage to a team better than the Cavs. While the Warriors still might have been favorites in that series, the Spurs’ odds to win the Western Conference Finals, up 1 – 0, having stolen home court advantage, would have been significantly higher than the Cavs odds of winning would have been, still down 2 games to 1, in these Finals. That moment before Zaza took out Kawhi was undoubtedly the Warriors’ toughest challenge.

Other thoughts about Game Three:

1. Lebron James and Kyrie Irving were both clearly worn out down the stretch, largely because they each played the entire second half. (And because each of them spent several late possessions dribbling the ball, trying to penetrate or create a shot, for the entire shot clock.) However, they played the entire second half because the Cavs’ “supporting cast” wasn’t very supportive. Kevin Love made one basket in the entire game. $15,000,000 Man Tristan Thompson was scoreless, and got outrebounded by both Warriors guards and the Cavs’ point guard (Thompson had only 3 boards to go with his 0 for 1 from the floor). At halftime, the entire Cavs bench had one basket (on 1 for 8 shooting) and one rebound – in 31 minutes of play. No wonder Tyronn Lue decided he needed to ride his best two players for the entire second half. Unfortunately, he rode them into the ground, as both went 2 for 6 in the fourth quarter. Collectively, the Cavs missed their last 8 shots.

2. Kevin Durant has been great, but since everyone else has been writing about him, I don’t need to. Not nearly as many are writing about Steph Curry’s play in the Finals: 29 points, 9 rebounds, and 9 assists per game. 48% from 3, 100% on free throws. Oh, and 2.4 steals per game. Including this one — Curry runs in front of a freight train before the conductor can see what is happening:

3. Earlier in the playoffs, I mentioned a somewhat fun, somewhat useful (and admittedly imperfect) statistic — essentially how many shots did a player need to get his points. Good players, and teams, should not need 20 shots to get 20 points. Or, as Kyrie did in Game Two, 23 shots to get 19 points. Last night, the Cavs’ Big Three (Lebron, Kyrie, Love) scored 88 points, about the same as the 87 points scored by the Warriors’ Big Three (KD, Curry, Klay). But the Cavs threesome needed 65 shots to get their points, the Warriors only 55, aided by the Warriors’ threesome’s 55% (!!) from the three-point line. Including, of course, KD’s dagger over Lebron. Watching the replay, you can see that Lebron defended the shot from inside the three point line, with his hands down until the shot was almost away – likely because he was just too damn tired.

So here we are, perhaps at the end of the season. After Game One, I asked Spurs Nation whether the Warriors would sweep. Only 30% of voters thought they would.

On the cusp of Game Four, I ask the same question – Will the Cavs overcome the heartbreak of Game Three, and force a Game Five? Before you vote, know that a Cavs win in Game Four will mean that Warriors ownership will make many millions of dollars in Game Five, money that it won’t make if the Warriors close it out.

Perhaps a reason for the 80% of you who wanted the Cavs to win the series to cheer the other way?