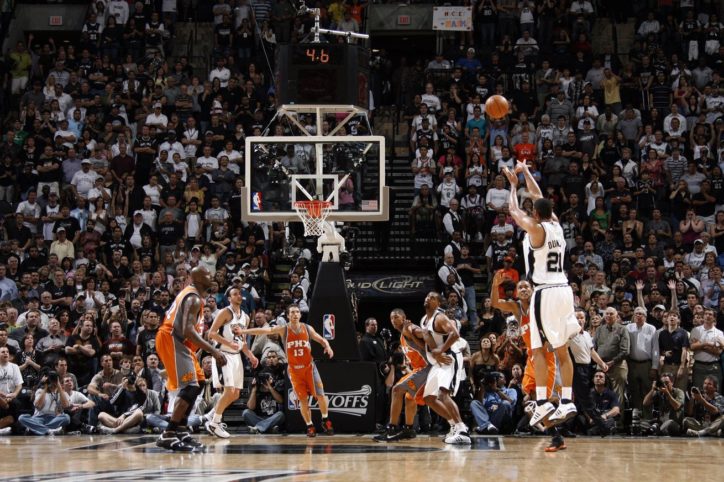 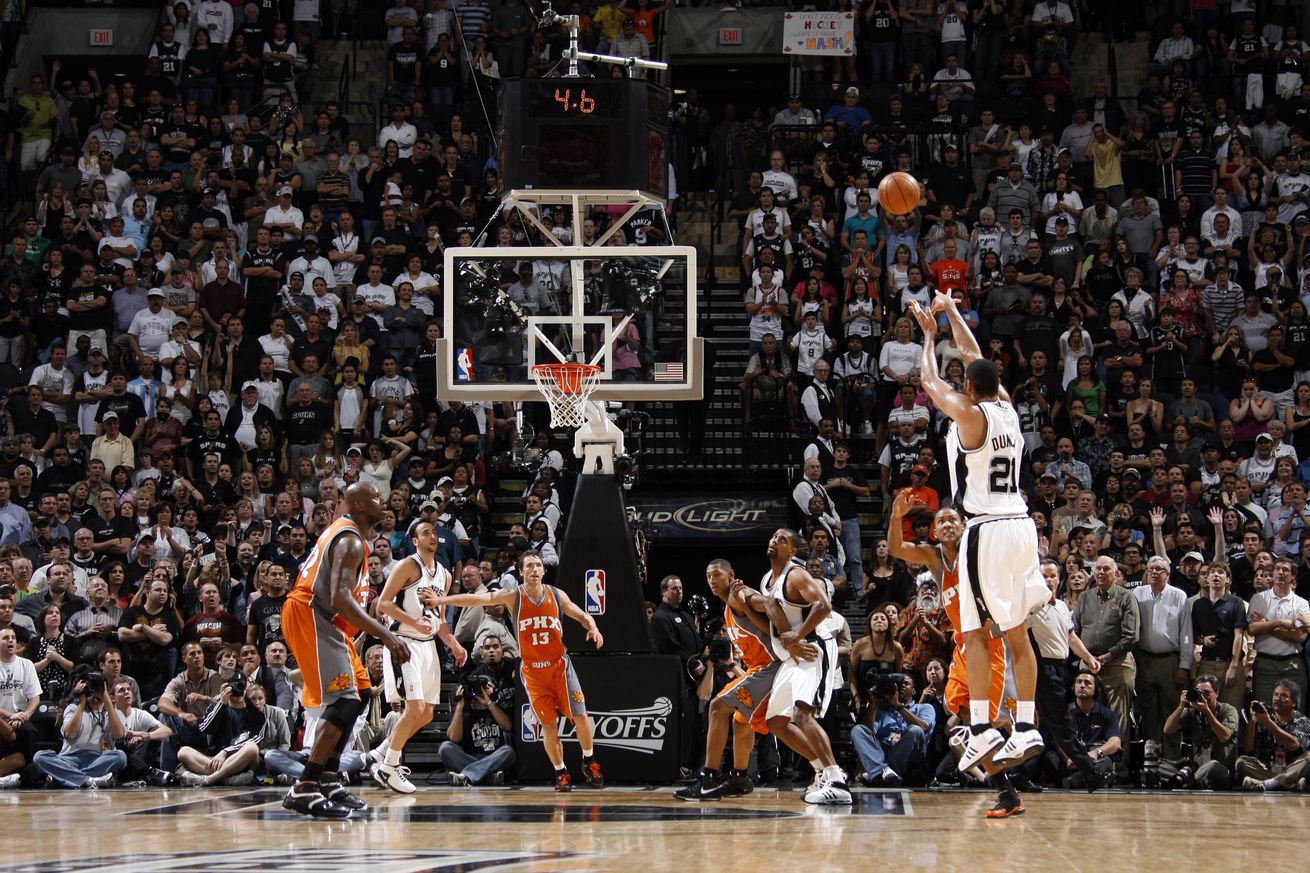 Time for the first round of voting in search of the Spurs greatest, playoff play.

Welcome to the first round of our quest to determine the Spurs greatest postseason plays of the Gregg Popovich era. Today is Bracket 1, and in true NCAA Tournament format, each play has been seeded one through eight, going head-to-head with its opposite seed (1 vs. 8, 2 vs. 7, etc.), and the winners will advance to the Sweet 16 next week. Be sure to vote for a winner of each match-up, and remember everyone can only vote once, so make yours count.

The top seed of this bracket is one of the most iconic shots in Spurs history — it even has its own name! — and perhaps the most replayed (which totally has nothing to do with who the Spurs announcers are) . . .

. . . versus an amazing connection by the Spurs’ GOAT point guard in the clutch that almost helped save an important game before possibly one of the worst moments in officiating history happened.

Next up in the 2 vs. 7 match-up is one of one many big moments from the Spurs’ 2014 title run (which also happened to get voted as Manu Ginobili’s best “shot” of all time last summer) . . .

. . . versus an underrated, often forgotten, but crucial play from arguably the Spurs’ most exciting playoff win since their last championship.

In seed 3 vs. 6, it’s one of the GOATPUFF’s most memorable shots of his extensive postseason career (and a play that has a special meaning for me in particular) . . .

. . . versus a huge shot from one of the Spurs’ several scrapheap success stories that literally extended a series. It definitely would have been higher in the pecking order if not for the fact that it merely staved off embarrassment for the top seeded Spurs for just one more game.

In the final match-up of this bracket, it’s a flurry of plays by Parker that seemed to be championship-clinching at the time had the following moments not gone awry (and again likely would have been seeded much higher otherwise) . . .

. . . against a huge, series-swinging Bruce Bowen shot from his spot during what most consider to be the real “Finals” of 2007.

Come back tomorrow to vote on Bracket 2, and remember all polls for Round 1 will close on Sunday, Aug. 25 at 6:00 PM CT.