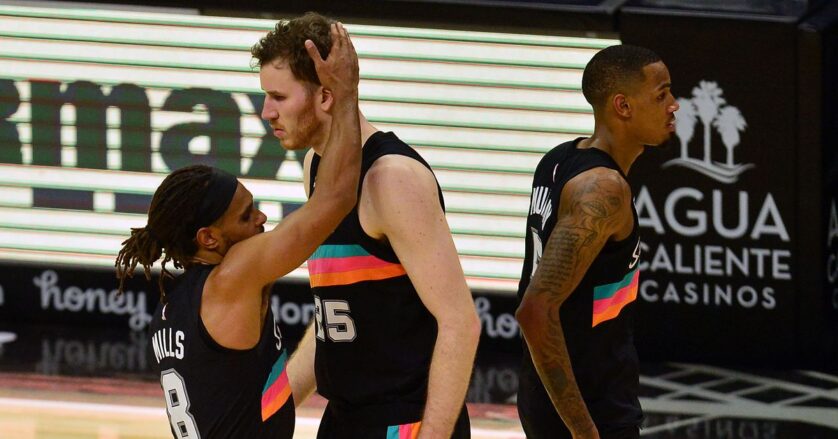 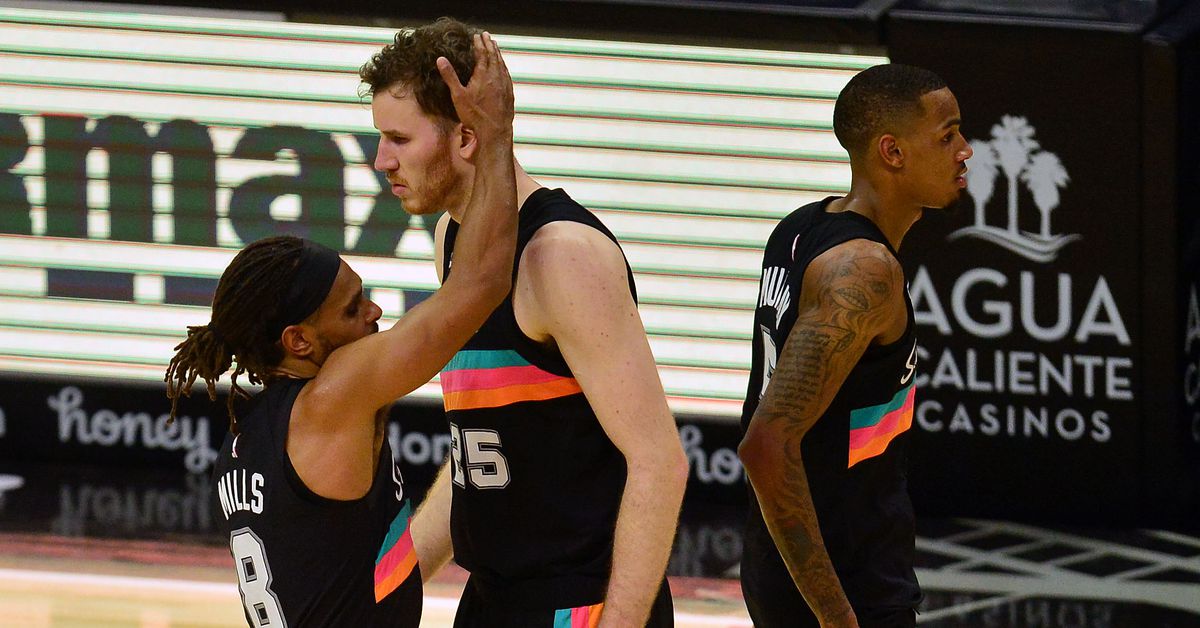 After struggling from beyond the arc in their last few games, the San Antonio Spurs tied a franchise record of 20 made three pointers in a game while Patty Mills made eight for a career high. At one point, the Spurs’ elder statesman hit back-to-back-to-back-to-back (also known as four in a row) threes to help the good guys get a win against the Los Angeles Clippers. For the night, Mills scored a team high 27 points going 8 of 12 from downtown while Dejounte Murray also shot the ball well scoring 21 points on 50% shooting and 2/5 from deep.

For all 8 of Mills’s made threes tonight, see below. The great Bill Land even went 4 of 8 for “Oh Mamas!”

Don’t ever go to bed angry. But if you’re Keldon Johnson, by all means, go to the rim angry:

Keldon Johnson is an equal opportunity dunker as shown here where he dunked on everyone including teammate Lonnie Walker IV:

It was a good win for the Spurs as highlighted by their red hot shooting from three while showing the fortitude to withstand the Clippers’ multiple comebacks:

Next up, the Spurs take on the L.A. Lakers for the last time this regular season on Thursday, January 7, 2021 in the second of their five game road trip.