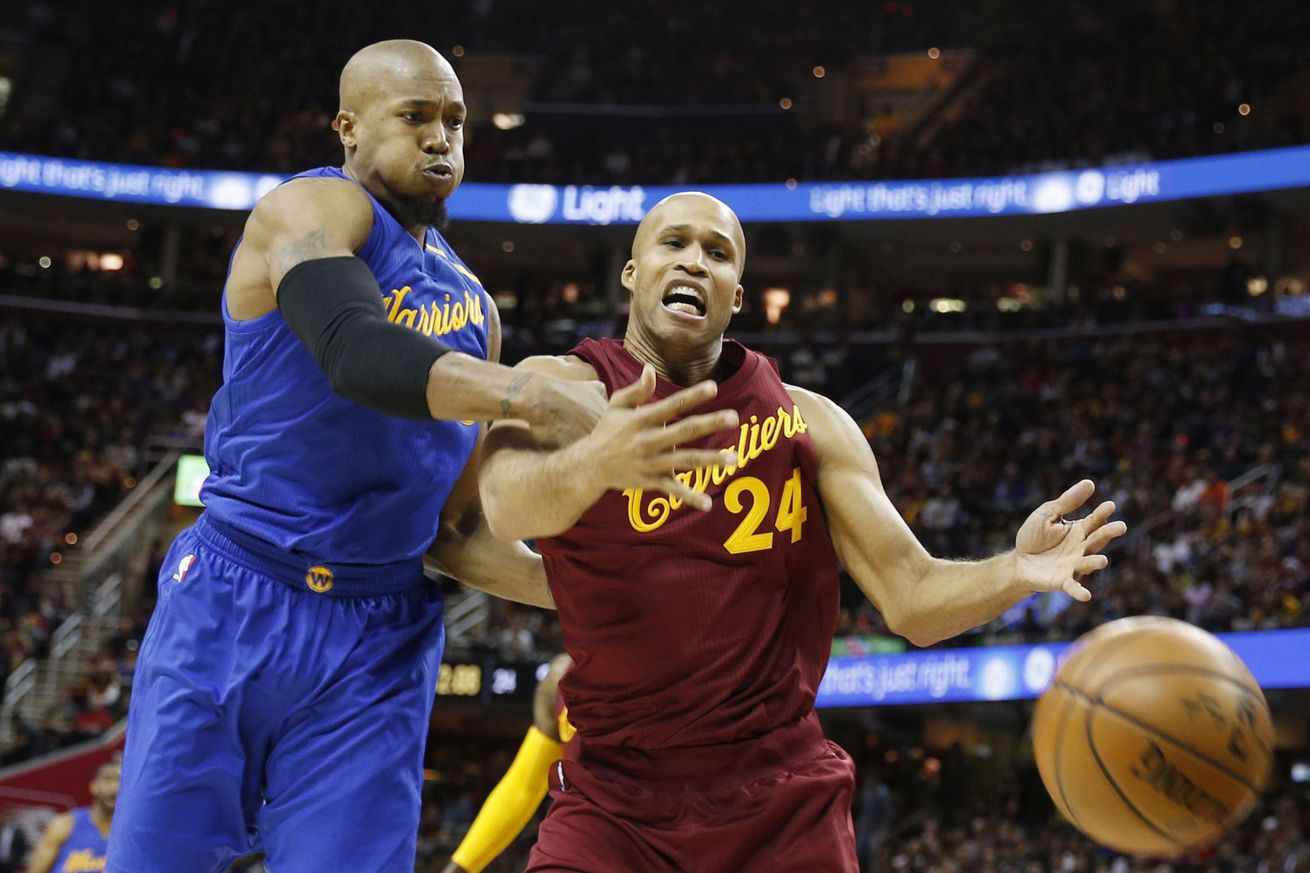 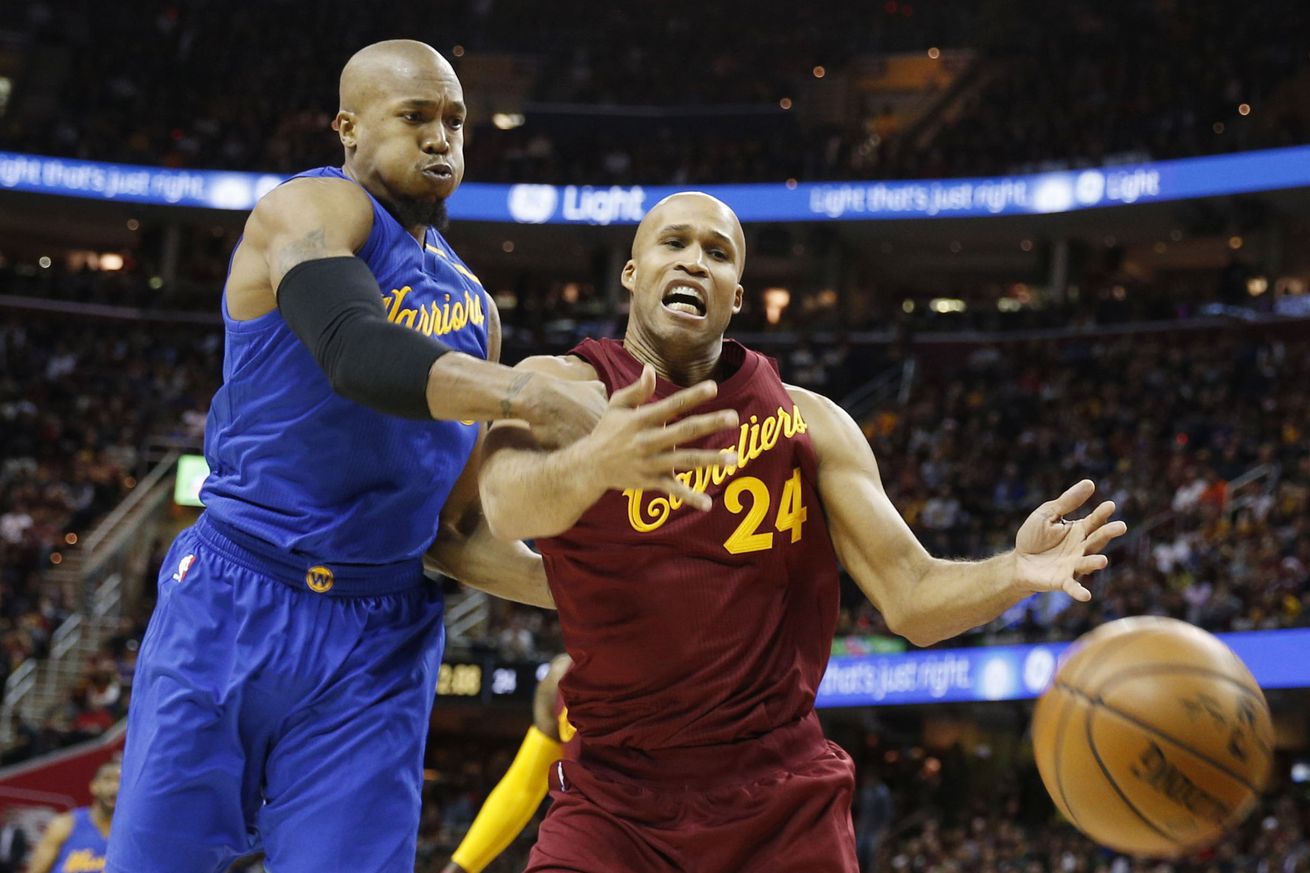 There were many low-lights in the Spurs’ loss to the Warriors last week. Not only did Andre Iguodala completely shed his usual hesitance to shoot, but he couldn’t miss. Klay Thompson buried two long jumpers somehow despite Manu Ginobili being in closer proximity to him than Mike Pence would be comfortable with. Stephen Curry zipped by Pau Gasol en route to approximately 293 layups. Tony Parker looked older than Bob Cousy. We were even deprived the sideline interview with Gregg Popovich for some reason.

But the fans at the AT&T Center had a low-light of their own. When David West checked into the game, he was greeted with boos, and it was more than a smattering. Unfortunately, while the team has deservedly had a classy reputation going back to the David Robinson days, not all their fans have followed the example. We’ve heard cheers for opponent’s injuries, there’s the usual nonsense from trolls on social media and all the rest. That’s not to say that Spurs fans are unique in some way or worse than those of other teams, but you just see and hear things that make you shake your head sometimes.

West is an interesting case. He was only a Spur for one season —last season— and he took a massive pay-cut, opting out of a contract with the Pacers that would’ve paid him about $12 million, to chase a ring with San Antonio for the veterans’ minimum. As a free agent, he had the option to do it again, but chose the Warriors this time instead. No hard feelings, no big deal, the Spurs simply signed David Lee to replace him, and it’s generally worked out well for both parties, though not Wednesday for Lee and the home side.

This notion of West somehow being a “traitor” —or “trader” in troll-land— seems rather absurd. He was only a Spur for one season and a role player at that. It’s not at all the same as LeBron James leaving Cleveland the first time or Kevin Durant bailing on Oklahoma City. The dude is 36 and the ninth-man on the Warriors. He’s not swinging the course of basketball history. He amounts to a shiny hood ornament on the Death Star. West is by all accounts a good guy, someone teams will be lining up to have on their bench as an assistant or in their front offices whenever he hangs ‘em up. So he wants a ‘chip before he retires. How dumb is it to hate on that?

As I was hearing the boos rain down on West, I couldn’t help but think about Tim Duncan’s recent guest appearance on the “Road Trippin’” podcast starring Channing Frye and former Spur Richard Jefferson. If you haven’t listened to it yet, I strongly encourage you to, not just for noteworthy revelations like Duncan announcing the birth of his third child —a daughter named Quill— and that he used to stay up all hours of the night playing video games against fellow NBA’ers, but also because it’s just fun to hear celebrities with squeaky-clean images swear. (While it’s not quite as adorable as toddlers cussing, it’s the next best thing.)

The podcast certainly came out of left field, and not just because of Duncan’s well-publicized reticence to be, well… not in the public, but also because most of us just assumed that he and the other core Spurs weren’t terribly fond of Jefferson.

After all, there was this moment during the 2013 playoffs, during Game 5 of the Western semi-finals against the Warriors, when Jefferson, whom the Spurs traded to Golden State for Stephen Jackson the year before, was purposefully obstructing San Antonio’s players from wiping the bottom of their shoes and well… it’s all rather juvenile.

For someone like Duncan, who so rarely allowed any opponent to get under his skin, to so visibly challenge Jefferson in such a way, who could blame anyone for thinking “man, they must HATE that dude.” Not only was RJ being an irritant in that clip, but it seemed that “the big three” wouldn’t have much respect for him as a player after Jefferson was such a profound disappointment in his time with the Spurs, especially during the playoffs. Heck, he even missed two crucial free-throws for the Dubs late in Game 1 of that series, paving the way for San Antonio to roar back from a 16-point deficit with fewer than four minutes remaining. Surely there must have been resentment for Jefferson’s lack of commitment or mental toughness, right?

Professional sports doesn’t work that way. It’s not a soap opera, and it’s not like the WWE with its manufactured story-lines. Then again, it is kind of like “professional” wrestling in the sense that the competitors act like they dislike each other for the cameras, but once the lights turn off they’re all friends and go out drinking together. The only real difference here is the competition is real and not scripted and when guys hurt one another it’s not phony.

I don’t see eye-to-eye with Bill Simmons on much, but I believe he had the right of it when he said the only thing players ever hold grudges about are gambling debts and women. Wins and losses come and go. Everyone’s trying hard, everyone’s making money and taking care of their families and living the dream. Guys care about the games as they’re going on and they’re competitive to a degree most of can’t imagine, but when the buzzer sounds, it’s over and they’re just colleagues who shower together and share planes and buses and meals and experiences. If players lived and died with the result the way some fans do, they’d go insane, and if they didn’t learn to get along with teammates regardless of individual differences in backgrounds or interests or personalities, they’d never advance to the pros in the first place, they’d get weeded out long before the NBA. This isn’t tennis or golf. You’ve got to be relatively adaptable and sociable to fit in.

Besides, it’s fairly common for star players to form tighter bonds with less talented teammates than their co-stars. Duncan’s best pals on the Spurs when he broke in were Malik Rose and Antonio Daniels. Manu Ginobili’s closest companion on the 2005 title-winning team was Sean Marks. It’s perfectly reasonable that Duncan could’ve not thought much of Jefferson as a player and not let it affect his perception of him as a teammate and person. To RJ’s credit, he was quite candid on the podcast about his shortcomings and failures in San Antonio and more than willing to poke fun of himself about it.

He’s gotten over himself, in other words. If that doesn’t sound like a true Spur, what does?