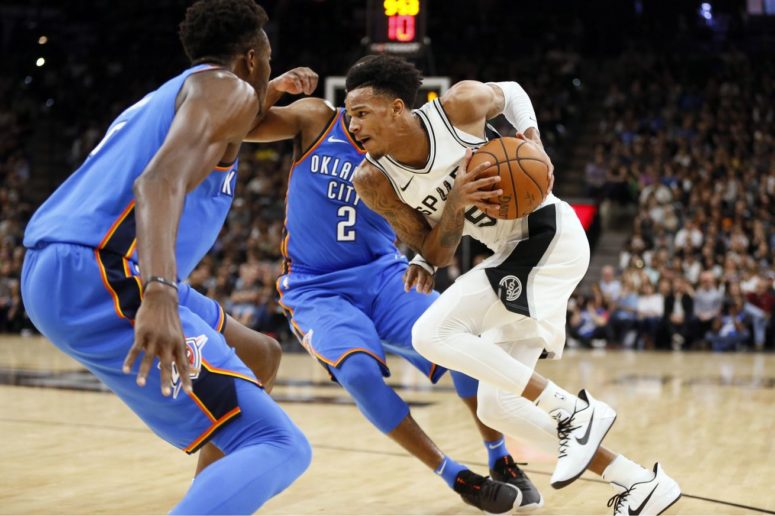 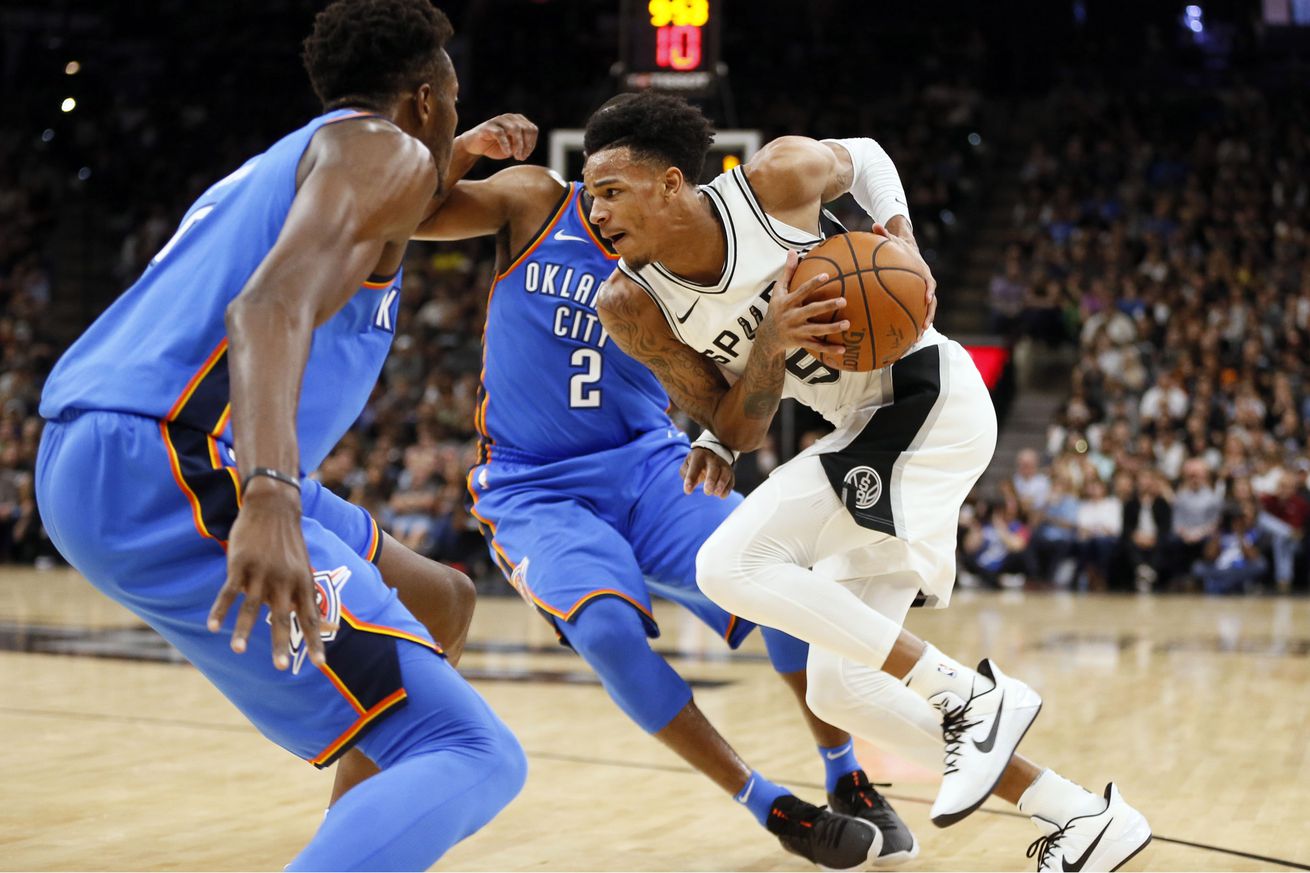 Time will tell whether the tweak was a one-off, or a season-long evolution.

The San Antonio Spurs comeback victory over the Oklahoma City Thunder on Friday night was a gritty effort and a welcome surprise. After being down 23 points in the first half, the Spurs somehow found a way to carve into the Thunder’s big lead and steal the victory.

One of the things the Silver and Black did as they fought their way back into the game was having both Patty Mills and DeJounte Murray race up the court as soon as they got the ball. Instead of taking their time getting up the court and allowing the Thunder to settle into their defense, the Spurs were very aggressive in transition and early offense.

Now this doesn’t mean that they racked up a lot of fast break points (only 9, which isn’t many at all), or that the pace was a quick one (88.7, which is positively glacial). But Mills and Murray put pressure on the Thunder by how they sprinted the ball up the floor. They’ve been exploiting mis-matches all year long, and Friday night they focused on getting it to Aldridge in the post and letting him go to work. Whether Aldridge drew the bulky Steven Adams, or the undersized Carmelo Anthony, the Thunder couldn’t stop him.

The irony is that in the past, it was always the Thunder shoving the ball down the Spurs throats. OKC has usually been the team to attack in transition, push the tempo of the game, and give it to their best player and clear out and let him go to work. If the tactic did nothing but make Aldridge comfortable, it was enough; he erupted for an efficient 26 points (on 8-14 shooting from the field) and got to the free throw line regularly (finishing 10-12 on the night). Now there were plenty of times when the Spurs got nothing for their effort, but the extra activity certainly played a part in wearing down an OKC team that clearly wasn’t its best through the later quarters.

On top of the Spurs creating urgency at the beginning of every possession, Pop again showed how much faith he has in Danny Green and Kyle Anderson. In addition to Mills pushing it up the floor, Anderson also did a good job at handling the rock and taking advantage of whatever weaknesses he saw from the Thunder. Sometimes, he used his long strides to cut inside and finish near the rim (notching ten points for the game). But in other instances, his “pass-first” DNA kicked into gear as he easily found his teammates in their sweet spots — finishing with six assists.

Green has been nothing short of a revelation this year, and his in-between jump shot has never looked better. He looks incredibly confident whenever he elects to take it strong to the cup, and he knows precisely when to spot up, attack, as well as when to kick it over to one of the open guys.

Last year, the Spurs were great at getting the ball to Kawhi Leonard and clearing out room for him. With Kawhi sidelined, Pop has been focusing so much of the attack on any mis-matches sees — so far, it’s working pretty well.

Pop has always been adept at realizing when he needs to adjust his lineups and game styles so that he could zag while everyone else is zigging. This has been evident this year given how many touches Aldridge has had in both the post and from mid-range. Not many NBA teams are focusing on scoring from these spots anymore given the league’s current obsession with perimeter shooting.

Of course, we are still very early in the season and these stages are meant to serve as an experimentation phase for Pop to try new game plans and lineups to see what sticks. This latest shift played a part in helping the Spurs come back against one of the league’s purported super-teams, and we’ll be watching to see how much Pop utilizes the “sprint the ball up the court” scheme moving forward.