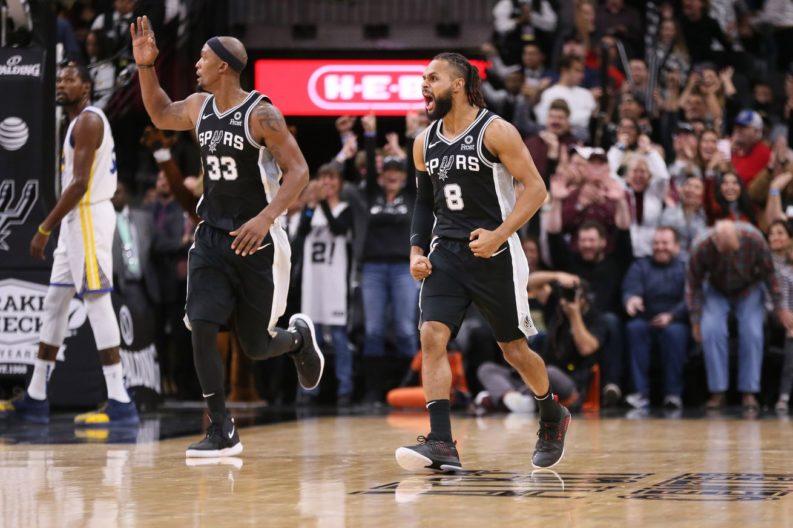 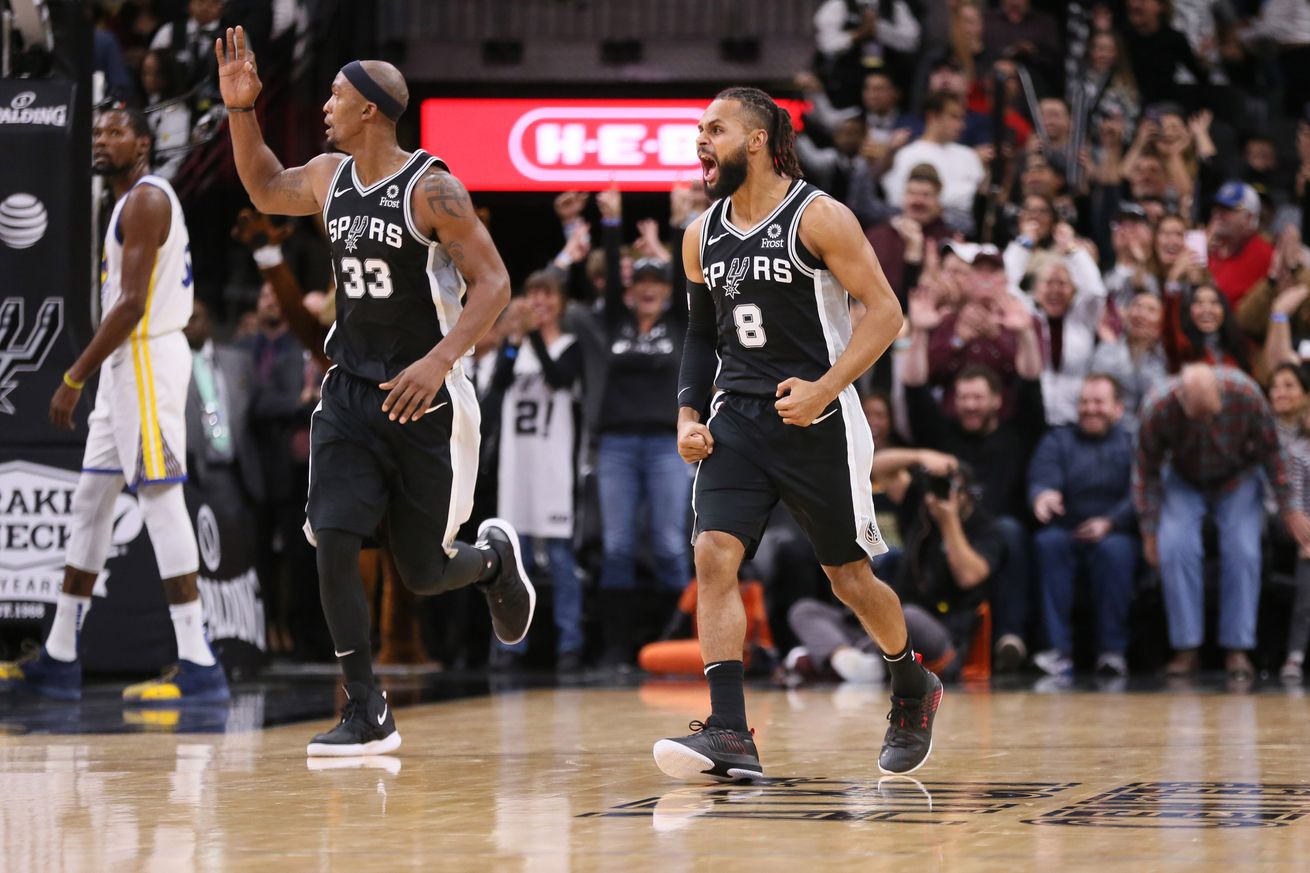 There was no inevitable “Warriors comeback” tonight.

If there is one lesson that virtually every team in the NBA has learned over the last few years, it’s that you can never sleep on the Warriors no matter how far behind they are or who’s playing. The Spurs learned that again tonight, as what had been a 17-point lead late in the third quarter had dwindled down to just one, 91-90 with 3:38 left in the game, on a classic Klay Thompson pull-up three in transition.

However, unlike in most scenarios when teams have faced similar runs from the Warriors, the Spurs didn’t fold tonight. Instead, they buckled down on defense, ramped up the effort on offense, and rode the back of DeMar DeRozan to go on a 13-2 run to finish the game.

It all started with DeRozan responding to Thompson’s three by getting aggressive and making a crafty drive to the basket, showing that the Spurs weren’t going to go quietly into the night.

DeMar DeRozan gets to the bucket for the @spurs!#GoSpursGo 97#DubNation 90

In all he had 11 points in the fourth quarter, with five coming after that Warriors had closed within one.

What a fourth quarter from DmDr: these four buckets (two of the lefty) as well as some clutch free throws. pic.twitter.com/WkUltcRVxc

While the offense was a little sloppy during that stretch, the hustle was there, with the Spurs securing several 50-50 balls, fighting for the boards on both ends, and some solid team defense. LaMarcus Aldridge played a big role in that, with two offensive rebounds on one possession and an emphatic block on Damian Jones as the Warriors were trying to creep back in, and Rudy Gay got another block of Kevin Durant as well.

Although Kevon Looney still made two free throws at the end of that possession, the clean block on Durant and not allowing a potential momentum-swinging play was huge.

Patty Mills and Bryn Forbes closed the door on any remaining chance of a comeback for the Warriors with a couple threes to end their 3-game slide.

The shot. The reaction. The win. #GoSpursGo pic.twitter.com/N7iANYOWqp

Regardless of if the Warriors were missing Steph Curry and Draymond Green (no sympathy on this end), this was exactly the performance the Spurs needed to get up off the mat following a 1-5 stretch. The schedule doesn’t get any easier, and this was just the first game of the now-rare FIGASENI (five games in seven nights).

From here they head to New Orleans tomorrow to take on the Pelicans, return home to face the division-leading Memphis Grizzlies on Wednesday, and then begin a four game road trip, beginning with games against two strong East teams in Indiana and Milwaukee on Friday and Saturday. Hopefully the Spurs can take what they learned and the momentum they gained from this game and carry it through the rest of the week.