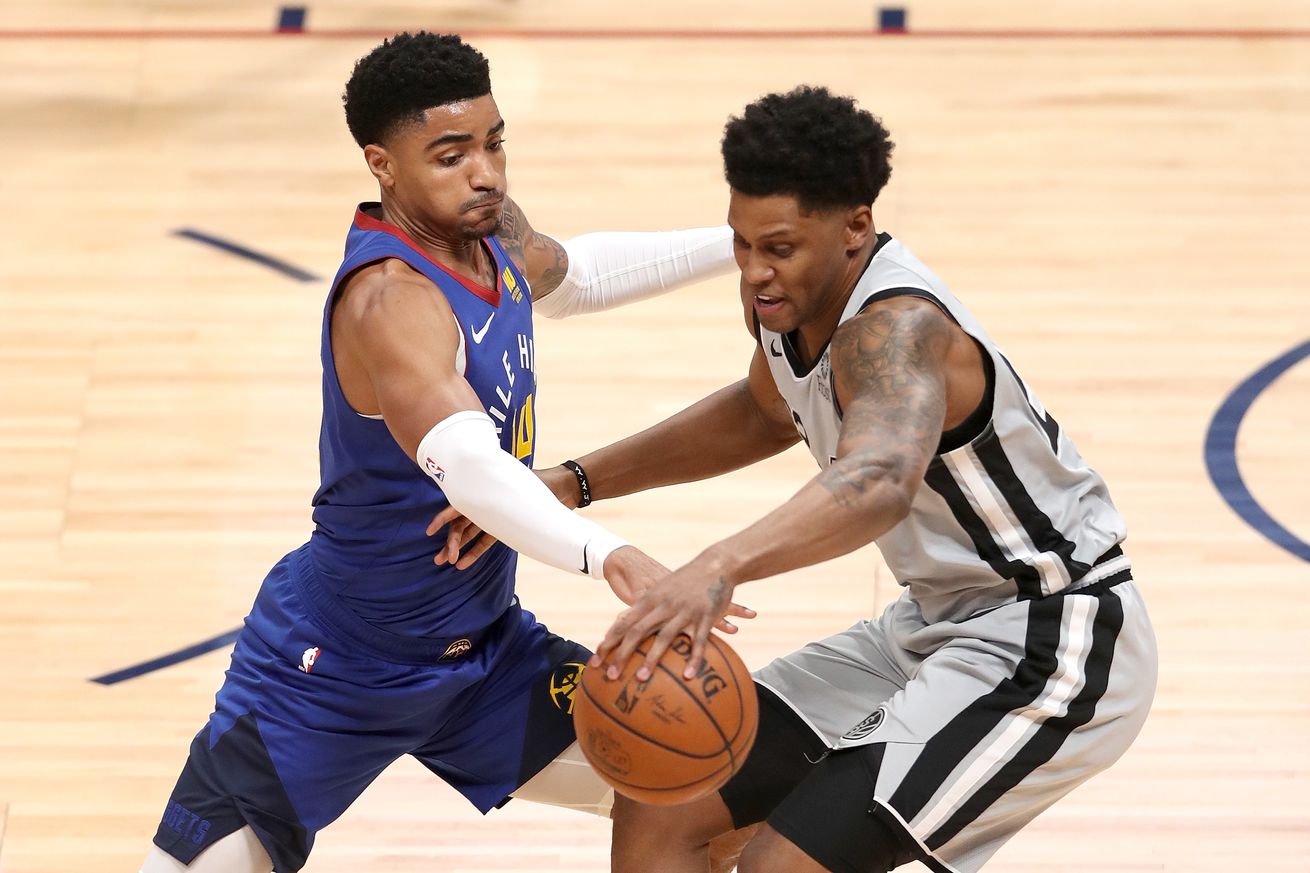 The more experienced Spurs’ second unit was better than Denver’s in Game 1. If that remains the case throughout the series, an upset is much more likely.

Benches are not expected to be as important in the playoffs as they are in the regular season. Rotations typically shorten as stars play heavier minutes. Having a strong starting five and a couple of trusted subs is supposed to be more important that having actual depth. That is the belief, anyway.

At least in Game 1, that adage proved not to be completely true. One of the biggest reasons the Spurs prevailed was because of the contributions from the back end of their nine-man rotation. Going forward, the bench could continue to have a big impact on this series.

Malone is right. The Spurs have three veterans with a combined 32 years of NBA experience and over 150 playoffs games under their belt. That’s before even including Davis Bertans, who might only be in his third season in the NBA but has been a professional for years, playing at the highest level outside of the U.S. The Nuggets, for their part, have a much younger second unit. Malik Beasley, Mason Plumlee, Monte Morris and Torrey Craig are fine players, but they have a combined nine years of NBA experience. Only Plumlee has had previous postseason experience. For the other three, this is their first go-around.

The difference in experience showed in Game 1. Not only did the Spurs’ bench outproduce the Nuggets’, but it also provided steadier play. The best example is Patty Mills’ first stint. After Derrick White got called for his second foul with 9:38 to go in the first quarter and the Nuggets up one, the Spurs turned to Mills. Patty wasn’t a standout in that first stint, but he did log a couple of assists and a block while playing energetic defense. His competence on both ends allowed San Antonio to survive a trying stretch that threatened to destabilize the rotations. When White checked back in to start the second quarter, the Spurs were up five.

Mills wasn’t the only bench player who played a big part in keeping the Spurs in control of the game. All four substitutes who actually got minutes did well in different areas. Belinelli didn’t have a good scoring night, and his defense was far from stellar, but he moved with purpose off the ball and chipped in some ball handling when needed. His mere presence forced the defense to have another offensive weapon to account for at all times. Single game offensive efficiency is noisy, but it made sense that Belinelli had the second highest offensive rating on Saturday.

The only Spur with a higher offensive rating than Belinelli was Bertans. The Latvian Laser has been a huge reason why San Antonio’s bench has been so explosive on offense all season long. Despite cooling down from beyond the arc after a scorching hot first half of the year, he remains a big enough threat from outside that having him out there changes the spacing completely. He’s also been much better on the other end this season, especially at the team level. He struggled a little early on against the bigger, stronger Paul Millsap in the first half but was sharp in the final two quarters.

I’m just re-watching Spurs – Nuggets and I noticed that Davis Bertans played better defense than I originally thought, especially on the second half. This sequence in which he switches seamlessly twice and contests without fouling stood out. pic.twitter.com/mLKXXi6yfT

While every sub played well for the Spurs, the biggest bench standout was undoubtedly Gay. He has been a starter for most of his career and, going by talent alone, should still be one. The fact that he’s embraced a bench role gives the Spurs a huge edge. Gay is a perfect modern combo forward, someone who can score from inside and out and credibly guard both wings and power forwards. His 14 points in nine shots led all bench players, and he finished the game with a game-high plus-10. Single game plus minus can be misleading at times, but in this case it accurately represents the positive contributions from San Antonio’s best bench weapon.

It wasn’t just the individual performances of its members that made the second unit important in Game 1; they thrived as a group as well. In the nine minutes in which the four rotation bench payers were on the court together, the Spurs outscored the Nuggets by eight points. For comparison, in the eight minutes Denver’s four key bench players shared the court, they got outscored by two points. San Antonio also got 84 combined minutes from its subs while the Nuggets only got 66. No matter how anyone cares to look at it, the Spurs’ bench simply dominated the match-up despite no individual member posting a crazy stat line.

Game 2 could be another story. The lack of experience Malone mentioned might have played a part in Denver’s bench not excelling. The younger guys could play looser on Tuesday after getting past the jitters from their playoff debut. The Nuggets’ second unit was reasonably productive throughout the regular season. The talent is there. If push comes to shove and nothing else works, Malone could also turn to other guys, including Isaiah Thomas and former first round picks Juancho Hernangomez and Trey Lyles, in hopes of an infusion of energy. The last thing the Spurs should do is get overconfident about the edge they have in second unit production.

For now, however, it seems reasonable to believe the Spurs have an advantage there. Benches are not supposed to be as important in the playoffs as having the best player or a killer starting five, but they do matter, especially in a match-up between two seemingly evenly-matched opponents. If San Antonio’s subs keep outplaying Denver, a first round upset won’t be out of the question.