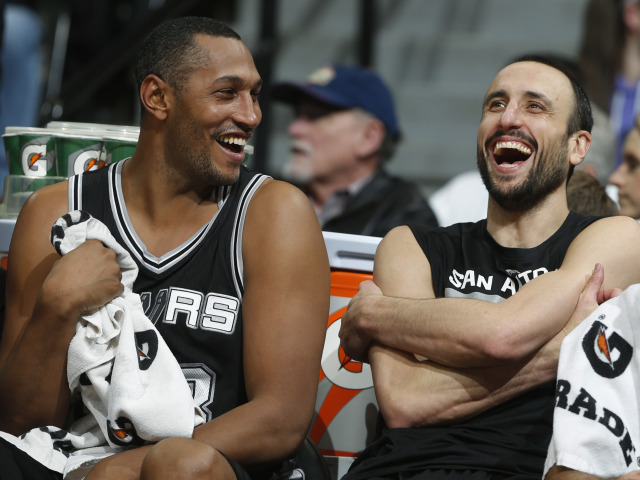 The 2015-16 Golden State Warriors are an all-time great team — you know this, everyone knows this. But as impressive as they are, the Dubs have been outplayed by a couple of NBA units so far this season: the San Antonio Spurs’ starters — and the San Antonio Spurs’ bench. At least, that’s the conclusion you reach if you average together the Box Plus/Minus (BPM) ratings for everybody outside the team’s five most frequent starters1 — in essence, projecting what would happen if the team’s bench played the entire game. For most teams, the idea of stretching their bench’s output over 48 minutes would be revolting. Surely, the Thunder want no part of Dion Waiters and Kyle Singler replacing Russell Westbrook and Kevin Durant. But in this, as in many things, the Spurs are unique. Every other team’s reserves rate as below-average relative to the entire league. The Warriors’ bench, for instance, ranks third with an aggregate BPM of -1.6. But the Spurs’ non-starters have an eye-popping cumulative BPM of +11.5. If we convert that number into its Elo-rating equivalent,2 the Spurs’ bench would……Read More

Source: The Spurs’ Bench Could Probably Make The Playoffs On Its Own | FiveThirtyEight