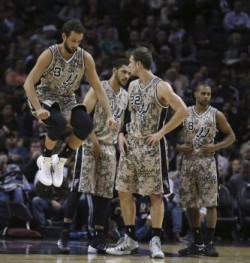 After a uncharacteristically slow start and battling through numerous injuries this season the Spurs look poised to show their playoff dominance this season.  Just when it appeared the San Antonio Spurs were perfectly inconsistent and down for the count by most sports analyst, looks like the Spurs Army just flipped the switch. With some impressive wins against the likes of the Mavs, OKC and Memphis the Spurs are looking like championship contenders once again. The impressive play of Boris Diaw, Kawhi Leonard, Patty Mills and Tony Parker have been instrumental in the Spurs resurgence in the Western Conference. The Spurs are flying under the radar once again with only 8 games left in the season they are holding on to the sixth seed at the moment and looking to make a move. The Spurs have had the fourth best record in the league since Jan 1st at 27-12 and only the Golden State Warriors fair better in the Western Conference. With that regard the higher seeded teams need their best players to have 30 plus point games consistently to keep the top spots in the west.  This is an alarming stat as the playoffs loom on the horizon in which both team defense and intensity will step up. It will be interesting to see if the top players in the west such as Stephen Curry, Klay Thompson and James Harden can have 30 plus point games consistently in the playoffs to give their teams a chance to win. The Spurs however don’t need for Tony Parker or Kawhi Leonard to have break out games to win, they just break teams down with great team play and defense. This is the winning formula for NBA champions, just hard nosed team basketball which the top’s in the West have yet to realize. Super Stars no doubt can change the game but one player does not win the game a team playing together does and with the playoffs approaching the Spurs Army looks poised for battle once again.

The San Antonio Spurs looks poised for battle once again. 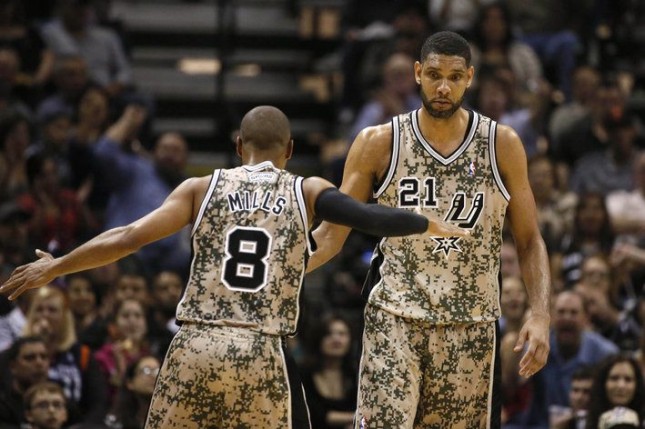 The Spurs Army looks poised for battle once again.