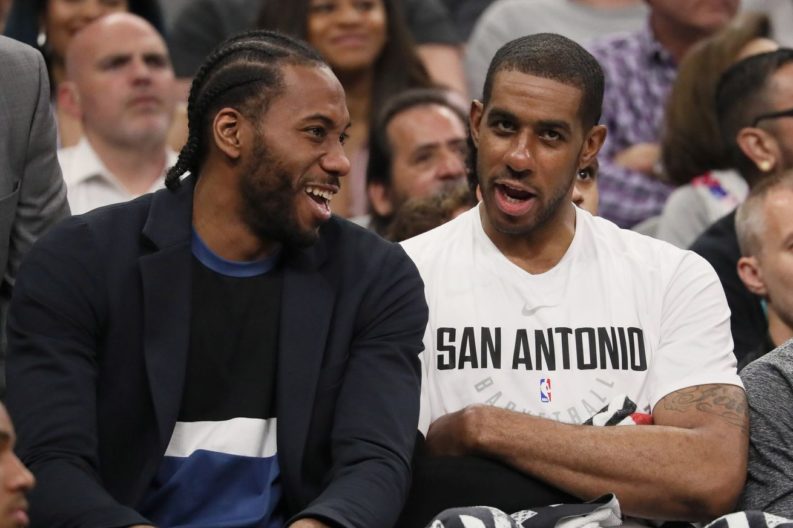 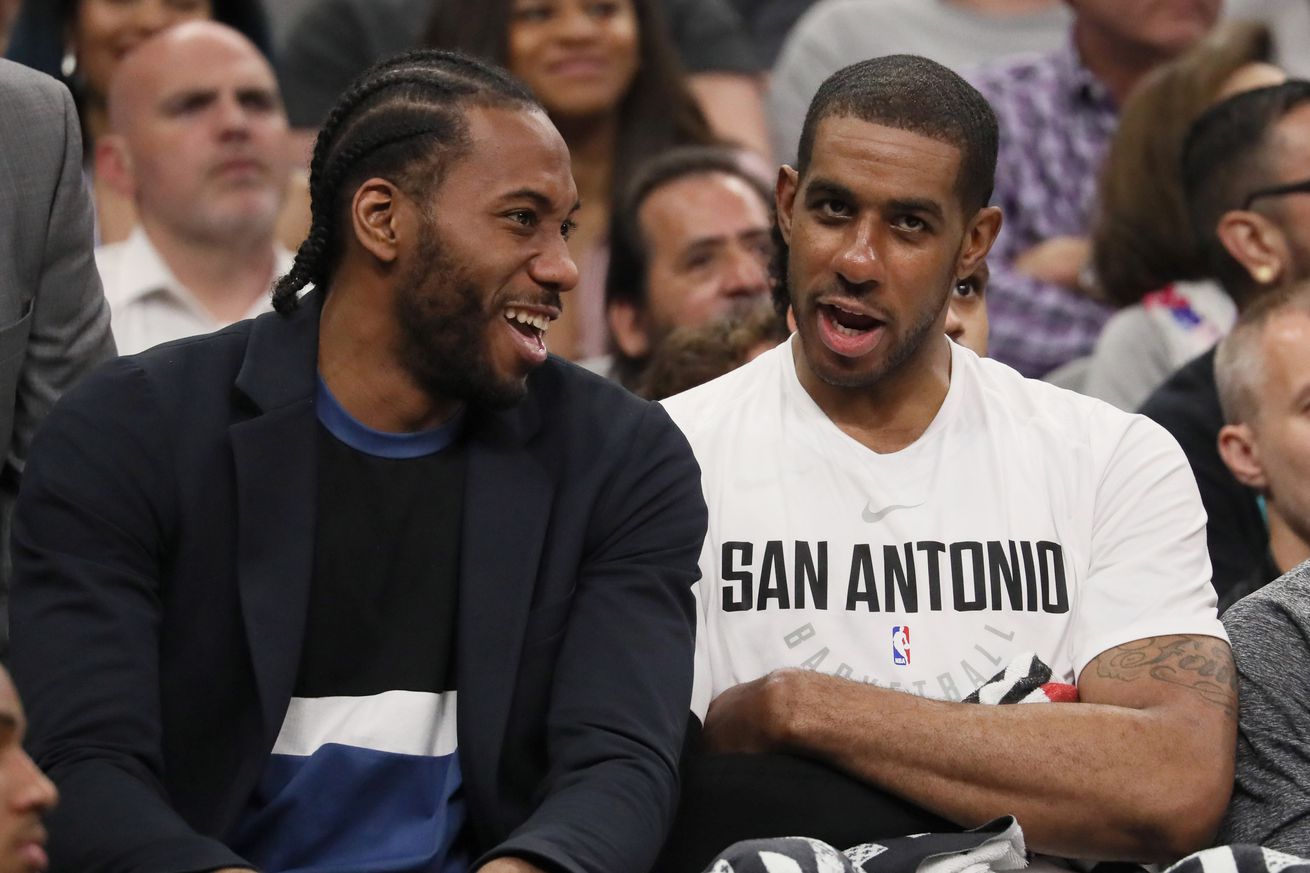 The Western Conference is full of great players watching from the sidelines.

I know the Spurs have been playing without Kawhi Leonard this season (save a momentary ennead of games), but as the Spurs face the postseason without him, let’s check in with other teams. The injury bug has been rampant.

Don’t get me wrong, there isn’t a player in the NBA I would trade for a 100% Klaw, so by no means am I implying other teams are feeling the same pain of missing their cornerstone. But for now, other clubs are in a similar boat, and we’re slowly running out of life preservers.

Houston Rockets– Chris Paul has been in and out of the line-up this year missing 20+ games so far. He’s not the franchise’s main player, but when he and James Harden are both in the line-up, their winning percentage is ridiculous.

Golden State Warriors– The plans have been analyzed and the Death Star’s weakness can be found in the ankles of Stephen Curry. Taking one of the 4 All-Stars may prove to be ineffective, but near the end of the season all four were simultaneously out. Klay Thompson’s broken thumb has healed, but still, the Dubs have been without combinations of major players. Andre Iguodala was out recently due to a knee. Even when the injured are returning, it’s hard to keep them in the game.

Portland Trail Blazers– Damian Lillard is day-to-day on that ankle injury. Before that, as far as I can tell the Blazers hadn’t lost any major player for a significant amount of time this season. That may be what has helped propel them into the third spot as we head toward the postseason.

Minnesota Timberwolves– Man, these guys have had such a great season. And then Jimmy Butler’s knee has kept him out since late February. It looks like he’ll be back in time for the postseason, but they have really struggled in his absence.

Oklahoma City Thunder– Andre Roberson, out for the season. He wasn’t their scorer, but he was a defensive player with whom to be reckoned.

Utah Jazz– Rudy Gobert missed two winter months of ball with a left knee injury. And Thabo Sefolosha has been out since a January surgery. Otherwise, the mostly-healthy Jazz have been making an impressive second-half run into playoff contention.

New Orleans Pelicans– Boogie is out for the season. Strangely, the Pelicans seem to be playing better without him. But then, that goes along with “would you ever think the Spurs could be in 3rd place most of the season without Kawhi?”

Denver Nuggets– If you are an exclusive Spurs fan, you may be unaware that Paul Millsap is still in the NBA, he plays for the Denver Nuggets, and he indeed had played in over 30 games this season. None of the four against the Spurs. But he is back and playing well. If the Nuggets can get back into the Top 8, Paul Millsap may be key to their playoff run.

Los Angeles Clippers– Avery Bradley, Patrick Beverly, and they traded their best player, yet, here they are still scratching their way toward the playoffs. Looks like they are slipping off the end though.

Hard to imagine what 10 truly healthy teams would look like. It’s easy to assume Golden State would have, could have, should have made a run home court advantage. Alas, the Curse of the Zaza has spoken. And as a result, we may be looking at well rested Warriors and Rockets since they can take the last few games off.

But, really, the biggest question looming over the Western Conference (I say Western because the Eastern Conference version of Kawhi Leonard is Gordon Hayward, and who knows where that would have gone) is would Houston or Golden State be looking up at the Spurs if Leonard had been healthy? Imagine a 100% Klaw with a newly rejuvenated, straight-outta-consultation-with-Pop LaMarcus Aldridge. I’m not going to go so far as to call the winner of this year’s NBA Finals an asterisk, but I personally would have liked to see 30 healthy teams go to the maximum for the glory.

Unfortunately, injury is just as much a part of the sport as bad calls, buzzer-beaters, airballs, and slam dunks off fast breaks. You can’t always predict them and you roll with the punches.