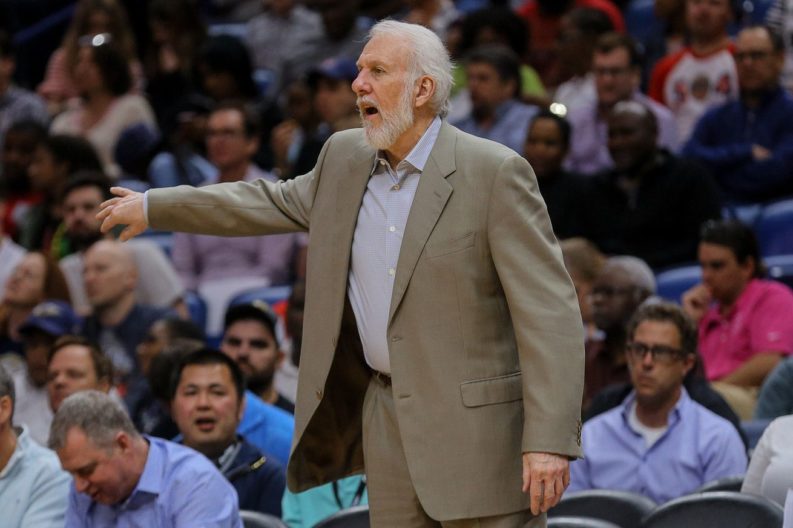 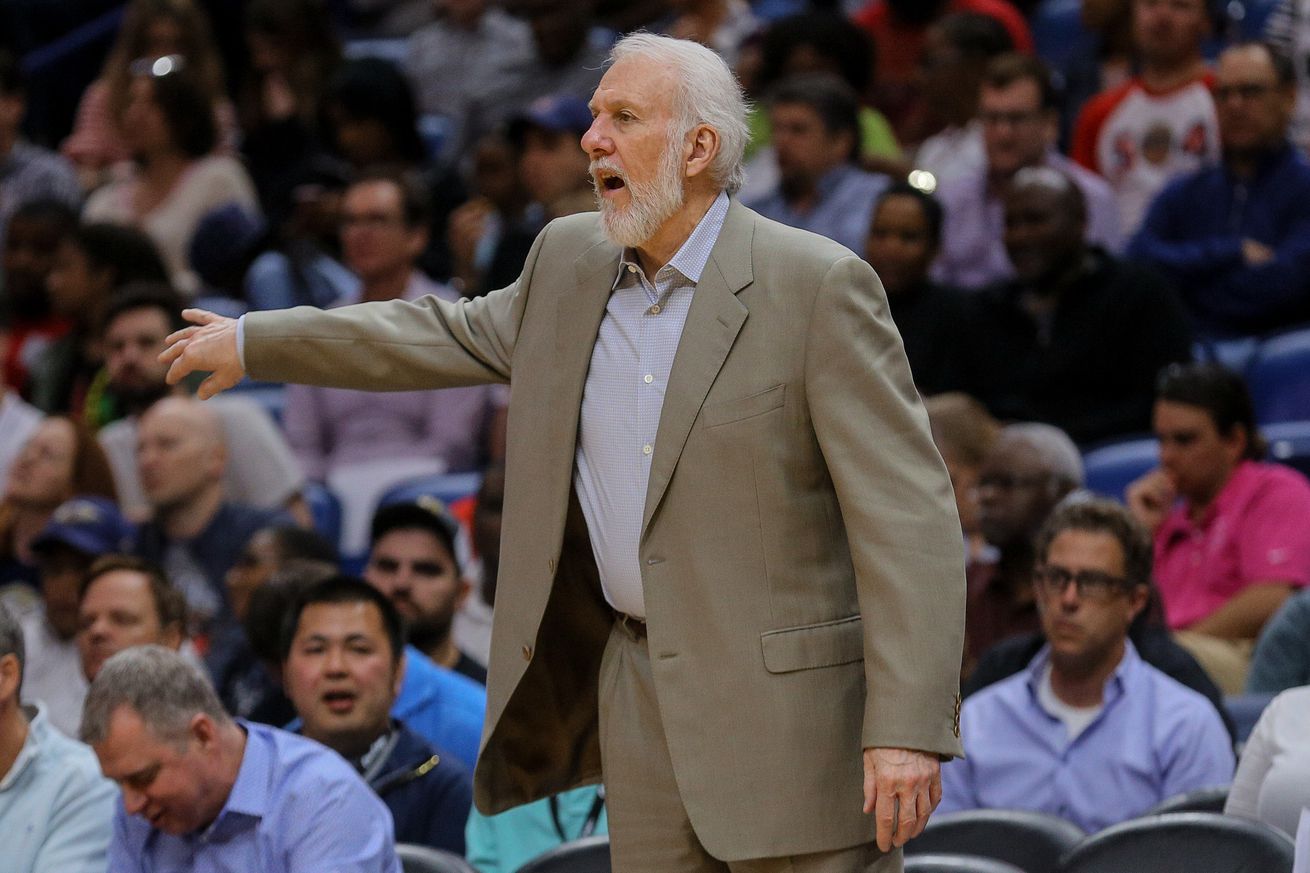 When conditions dictate, San Antonio makes the deals they need to.

It is an annual tradition in the Buford and Pop era for some Spurs fans: as soon as the season ends, the speculation begins. Will the Silver and Black finally make a major move on draft night, or sign the big time free agent, or pull off a big trade before the trade deadline?

The draft comes and goes, as does free agency, and then the trade deadline and the Spurs do nothing. They stand pat. That is the narrative at least.

Then, another annual tradition follows: The ‘Pop is too stubborn and too loyal to make big moves,’ narrative fires up. Again.

But are these narratives true?

History shows the Spurs are actually more than willing to pull the trigger on meaningful moves, whether by addition or subtraction, free agency or trade, if they find themselves in one of three very specific situations: If it is clear the team has no hope of contending in the present unless changes are made; if someone on the team is threatening the team from within; or if the long-term future of the team demands a move is made.

The Spurs are patient and slow to change because they know that change for the sake of change rarely yields positive results — in the short or long term. Five championships and 21 straight years of playoff appearances vindicate their approach. But again, when it is absolutely clear that they must change to contend, they have done so.

If past patterns are indicators of future behaviors, expect the Spurs to make some noise between draft night and the trade deadline.

The Spurs find themselves in uncharted territory, at least in the Popovich era. There are uncertainties from the boardroom to the coaches seat to the Leonard situation. A normally stable organization finds itself searching for solid footing while other teams are surging.

There is a glaring need on the roster for a third player who can consistently create his own shot while complimenting Leonard and Aldridge. This isn‘t a luxury, it‘s a necessity. Without such a player, as we saw this past season, the Spurs are one injury away from barely being a playoff team.

There are more needs: rebounding help, upgrading the backup point guard situation, more athleticism. These needs exist in large part because of the arms race in the league. The Spurs are, to be blunt, in danger of falling behind even if Leonard returns happy and healthy.

In the West: the Warriors play with four All -Star; the Rockets are close to building their own Super Team; the Jazz, Pelicans and T-Wolves are all trending upward; the Blazers are hanging around near the top.

In the East: the Celtics advanced to the Eastern Conference Finals and did so without their two best players. Just how good can they be with Irving and Hayward, their young guys, and a great coach in Brad Stevens? Scary good is my guess. The 76ers are likely one good veteran player away from being very dangerous for years to come.

And, wherever LeBron lands, that team will immediately be a threat to make the Finals.

The balance of power in the NBA is rapidly changing. If the Spurs are to remain relevant, they must make significant changes.

If past patterns are indicators of future behaviors, the Spurs will try to do just that because necessity dictates that they must.

Yes, Gregg Popovich is exceptionally loyal to ‘his guys.’ At times, to a fault. That said, he will go into Michael Corleone mode if the situation demands it.

Bowen, Oberto, Diaw, and Splitter, all helped the Spurs win titles. All bought in to the Spurs system. They were great role guys who made significant contributions. All were important in their own way to a Spurs championship team.

However, when it was clear they could no longer help the Spurs move forward and that the Spurs could improve by moving them, Pop made the moves.

In 2009, it was obvious the Spurs needed more scorers. The Mavericks eliminated the Spurs 4-1 in the first round of the playoffs. They had too much firepower. But it wasn’t just the Mavericks who had more firepower than the Spurs. So did the Nuggets. And the Lakers. If the Spurs were to compete moving forward, they had to add another player capable of scoring in bunches. Richard Jefferson, on paper, was the kind of guy the Spurs needed.

In 2011, the 8th seeded Grizzlies manhandled the number 1 seed Spurs in the first round of the playoffs. After that series, it was clear the Spurs needed length, athleticism and toughness. That one series was enough to convince Pop and Buford that trading a favorite son (George Hill) for an unknown player with upside (Kawhi Leonard) was a necessary thing. Pop said trading Hill was one of the most difficult decisions he had ever made. But he made it.

As the sun began to set on the Duncan era, the Spurs traded Splitter and Diaw and let guys walk so they could have room to sign Aldridge and West. The Spurs swung for the fences to remain relevant not only in the present, but also for the foreseeable future. Aldridge was the most significant off-season acquisition in Spurs history.

There have also been notable subtractions made when it was apparent that a player threatened the chemistry or core values of the team. Dennis Rodman and Stephen Jackson immediately come to mind. No player is talented enough to keep if he is negatively impacting team chemistry and what the Spurs are trying to build.

Past patterns are good indicators of future behaviors. Because of that, it is reasonable to expect that a typically cautious Spurs organization will likely swing for the fences at some point —or points— between draft night and the trade deadline. They will because the NBA is in an arms race. They will because they have obvious roster needs. They will because it is the franchise‘s goal is still to win championships. And if the Kawhi situation goes sideways? That will lead to a change as well. Probably a lot of changes.

So get your popcorn ready. The weeks and months ahead promise to be anything but boring.