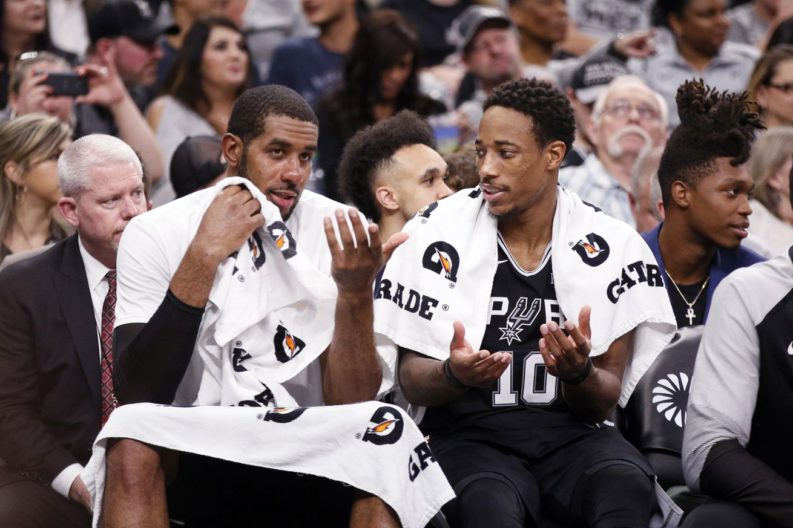 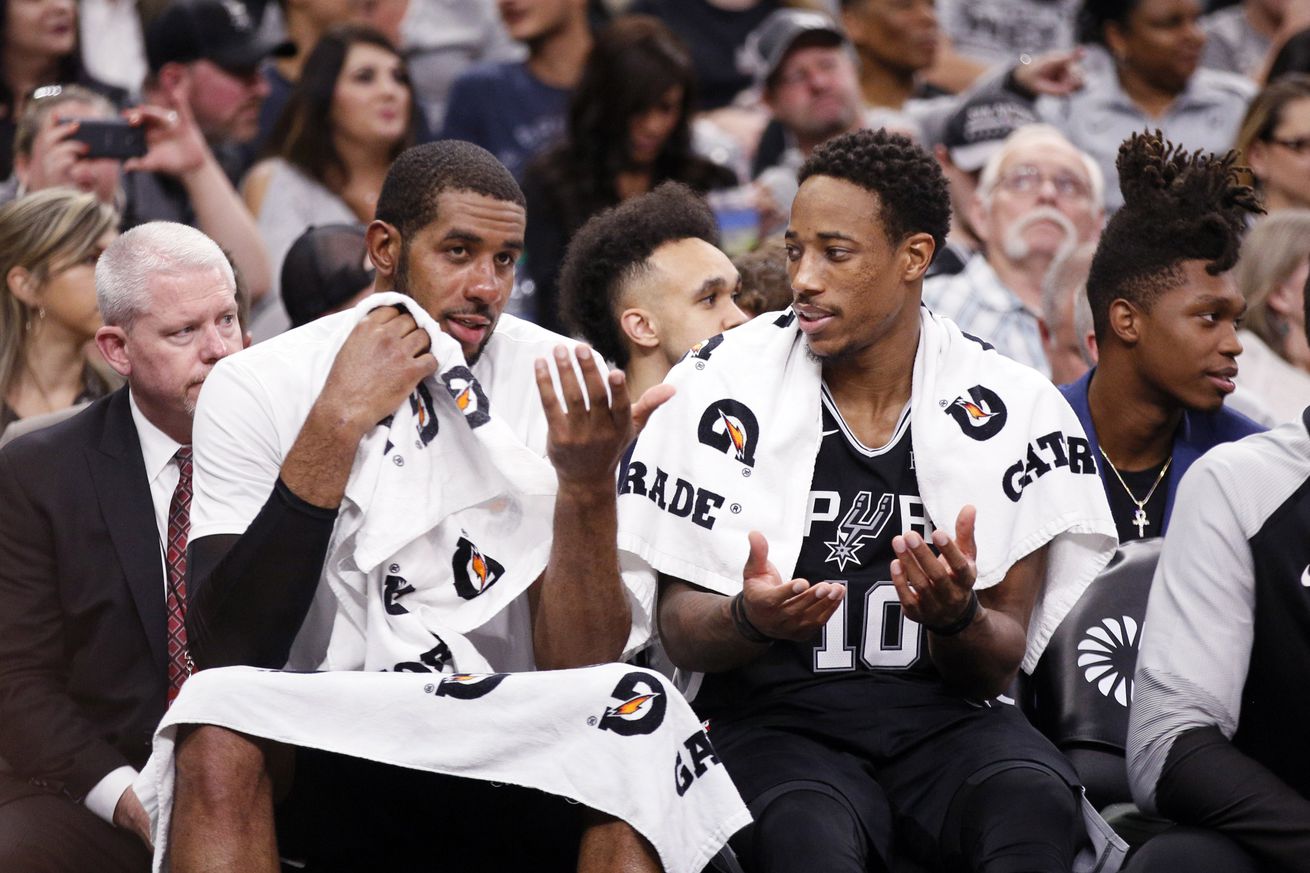 Gregg Popovich is not staggering his stars’ minutes. So far, it’s working out well for the Spurs.

Teams that have two dominant stars face a predicament: play them together for as long as possible to maximize their combined impact or stagger their minutes so that they can prop up other units on their own.

Neither way of doing things is objectively good or bad. It depends on context. Trail Blazers’ coach Terry Stotts, for example, used to stagger CJ McCollum’s and Damian Lillard’s minutes. The Blazers were successful with that strategy. This season, he hasn’t been doing that, instead trusting Evan Turner to be the handle the ball for bench units and putting shooters at guard around him. It’s working well.

Gregg Popovich never really faced this problem in the past, because he had Manu Ginobili to anchor all sub lineups. Now that Manu is gone, Pop has faced the decision of whether to stagger his stars’ minutes and, so far, he’s opted against it.

Not surprisingly, the Spurs’ most common pairing is DeMar DeRozan and LaMarcus Aldridge. Those two start and finish games and are on the court a lot, so there’s bound to be overlap. The kind that we are seeing, however, is not coincidental. DeRozan has been on the court without Aldridge for just 50 of his 369 minutes. Aldridge has only been on the court without DeRozan for 37 of his 356 minutes. Pop clearly wants to play those two together as much as possible.

Both Aldridge and DeRozan typically rest in the last few minutes of the first and the third quarter, with DeRozan’s exit normally coming a little later than LA’s. They both play the majority of the second and fourth quarters. Their exits and returns typically happen not more than two minutes apart. There have been some exceptions but they have been rare. DeRozan plays a little more without Aldridge than Aldridge does without DeRozan, which is not surprising since DeRozan plays more total minutes and the Spurs lack the guard depth to give DeMar longer breaks.

So far, it’s working well. The two aren’t setting the world on fire as a pair — the defense is ghastly — but they do have a decent net rating of 2.4 despite not benefiting by the bump others get on garbage time. Pop has also recently given DeRozan some time as small forward with the bench unit, so he clearly remains open to splitting up DeMar and LaMarcus under the right circumstances. DeRozan has excelled in limited minutes without Aldridge, but Aldridge has really struggled without DeRozan. For now, it makes sense to want both to share the court, so they can continue to develop chemistry.

Since Aldridge and DeRozan both play heavy minutes, the time in which neither is on the court is limited. Surprisingly, those units are doing well too. We only have 78 minutes to go by, since the Spurs rarely play without either star, but in those minutes they’ve outscored opponents by a whopping 6.3 points per 100 possessions. That’s a monster mark that includes garbage time, but it’s still encouraging. It’s also something to monitor as the season goes on. If it remains positive, it might encourage Pop to rest Aldridge and DeRozan more, which might be necessary if they are going to carry such a heavy offensive load throughout the regular season.

It will also be interesting to see what happens to that number, and the rotation in general, now that Derrick White is back and when Lonnie Walker IV eventually becomes available. Ideally, having White back could help alleviate some of the shot creation burden off DeRozan and could allow Pop to rest DeMar while still having a perimeter hub on the court, which could help lineups featuring Aldridge but not DeRozan do better. If White starts, the Forbes – Mills – Belinelli – Bertans – Gasol lineup, which has been good on very limited minutes, might get more run off the bench. Walker is more of a wildcard at this point, but he might push for some backup small forward minutes on talent and athleticism alone, taking some away from DeRozan.

For now, the Spurs will likely continue to do things the same way. Not staggering star minutes on a team that doesn’t boast the best supporting cast doesn’t seem like a smart decision, but it’s paid off so far. They are maximizing the impact of Aldridge and DeRozan by playing them together. The only concern is that in order to avoid big stretches in which neither is on the court they have to play them heavy minutes, which might not be a sustainable long-term strategy.

Fortunately, reinforcements are on the way. White is back already and Walker should be back in a few weeks. Pop has also been throwing Quincy Pondexter in there some and has found pockets in which to rest the stars for an extra minute or two when the team is playing well. Some bench units have also been promising enough to deserve longer looks. Hopefully that combination of factors will allow DeRozan and Aldridge to play a little less without the team suffering much.

In the meantime, the Spurs are enjoying a better start than many predicted in part because they have leveraged their star power to the fullest.