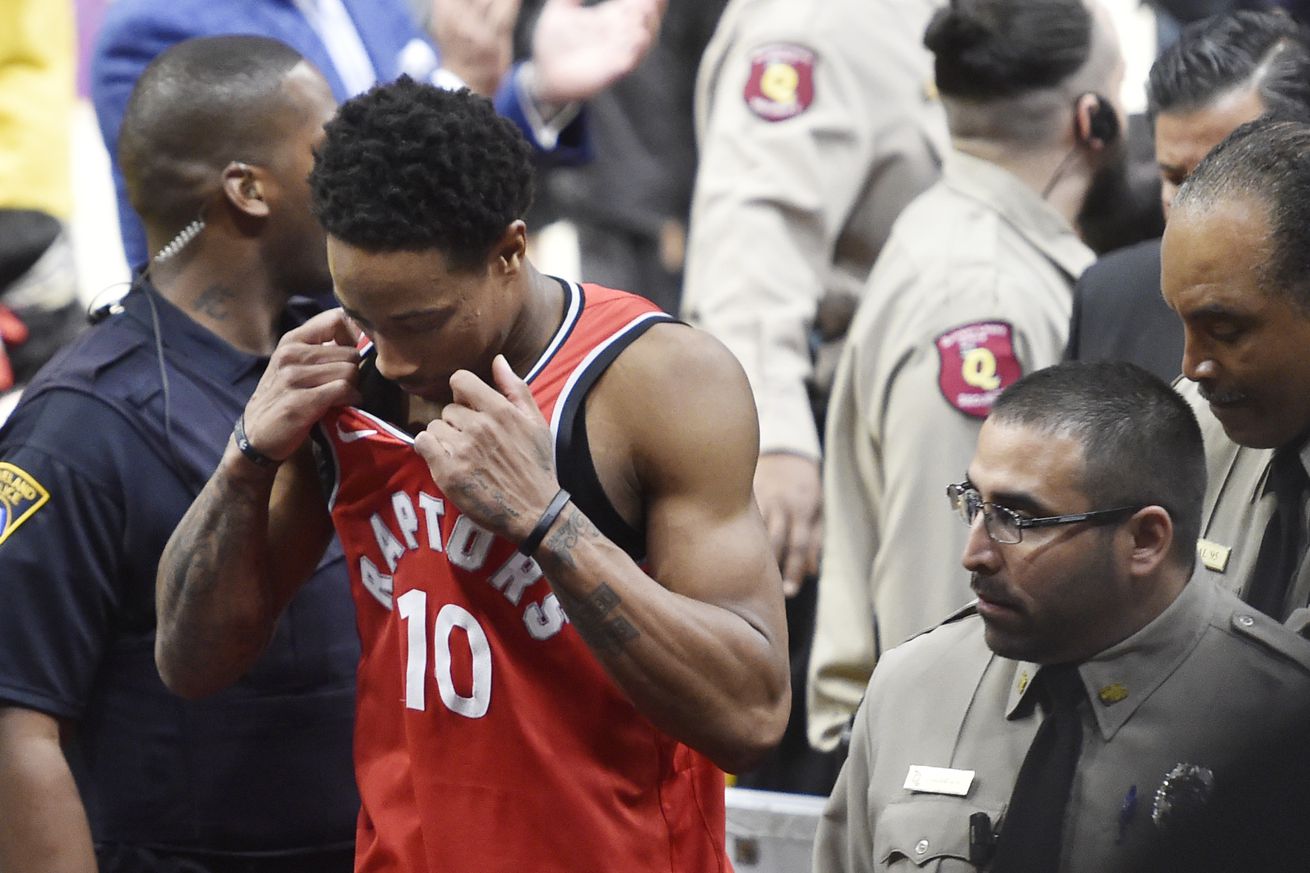 DeMar DeRozan and Bruce Bowen discuss the mental challenges that followed them to the NBA.

Contrary to popular belief, money doesn’t always buy happiness. ESPN’s Jackie McMullen has been working on a series that dives deep into how NBA players — many who came from impoverished backgrounds — can still have everyday struggles with mental health despite appearing to have everything they could have ever wanted, including fame and fortune.

The life-style change, from protecting themselves from the dangers of the inner city to living in a plush mansion, doesn’t mean an athlete’s personality or the way they see the world changes overnight. The Spurs newest star, DeMar DeRozan — who has dealt with depression in the past — had his own means of supressing the challenges around him before eventually realizing it was too mentally draining to keep up.

DeMar DeRozan, who has talked openly about his depression, says he developed a false persona of “invincibility” to protect himself from the volatility in urban Compton, California, where he grew up. That aura of invincibility paired nicely with his athletic endeavors, as coaches crave confident players.

”That’s something that carries over to everything you do as you grow older. It’s constant. And it’s draining. For me, it just got to a point where I decided, ‘There’s nothing I need to hide behind no more. I’m not going to worry about someone calling me weak or soft. At the end of the day, I know what I’m made of.’”

Former Spur Bruce Bowen also discussed the challenges he faced growing up with a drug-addicted mother and womanizing, alcoholic father. As a result he often found himself living with friends or family, suppressing his rage, micro-managing his own life, and not allowing himself to trust people who could have helped him, including doctors.

Bowen resisted talking to a mental health professional throughout his career, a decision he regrets. “I would have been a better player and a better man,” he says.

His struggles, he says, had to do with issues of control. He felt compelled to micromanage every facet of his life, both on and off the floor, which increasingly became a stressful, counterproductive exercise. He was estranged from his biological parents, yet remained under tremendous pressure from other relatives to offer them financial assistance. Bowen married and had two sons, determined to be a dutiful and doting father, but when the marriage ended in divorce seven years ago, Bowen says, he knew something had to change.

”I was in a dark place,” Bowen says. “I didn’t want to be like my biological parents. I wanted to be a better father to my boys, and I needed some help figuring out how I could do that.”

He asked a friend for a referral and began seeing a therapist, unearthing the pain of the past and learning how to reconcile and accept his future.

The entire article is worth a read, as is the entire series, so be sure to go check it out.

Today’s entry is on the anxiety and anger that comes with being a referee. It specifically features Joey Crawford, how constant verbal (and sometimes physical) abuse from players and coaches combined with his own temper led to his life-changing Tim Duncan incident, and how he was forced to deal with it and confront himself to keep his job, so be sure to check that out as well.