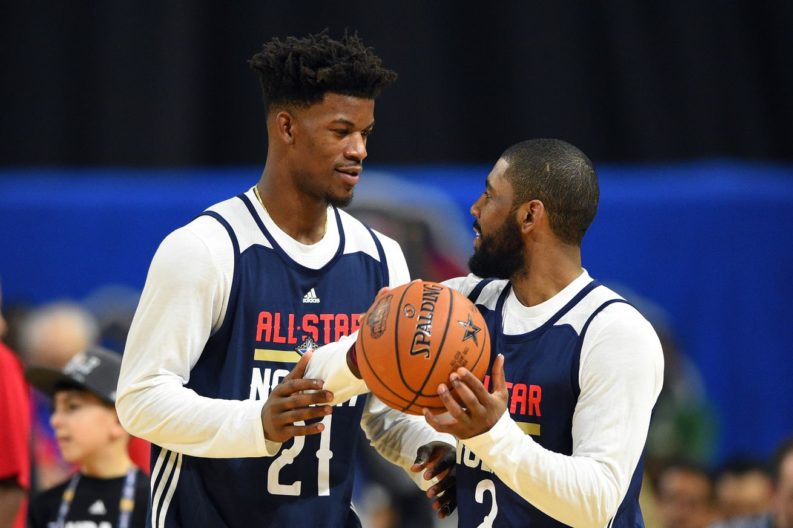 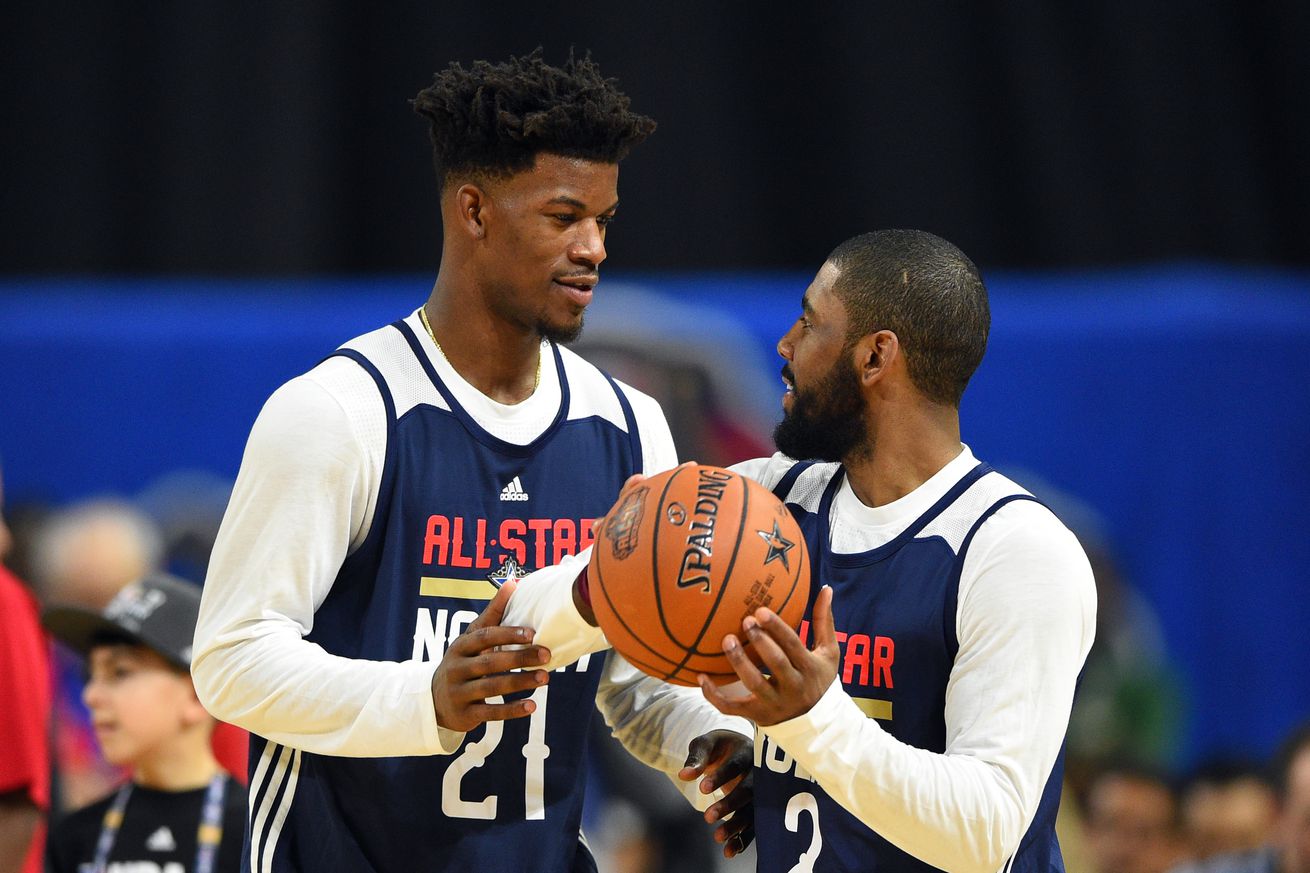 Two of the highest profile trade demands of the past five years have occurred in San Antonio, with markedly different results. And yet both times, the Spurs appear to have fared far better than their contemporaries.

There were at least two key takeaways from last season’s seemingly never-ending Kawhisis. One: that any player can come to the unyielding conclusion that they want out of town, despite whatever we think we know about him. Two: that it can happen to any organization, even ones that are widely considered scandal-proof.

And while both revelations highlighted unforeseen vulnerabilities in San Antonio, they also bring us to another organizational differentiator: how teams cope once their star player crosses the Rubicon. Recent NBA history gives us a few interesting case studies to unpack.

In Minnesota, fans don’t know what to expect from Jimmy Butler from one day to the next. He may put the team on his back and carry them to victory against the Lakers one night, then opt to take off an indefinite number of games afterward, for whatever reason he deems appropriate. As a result, there’s a fresh pall of uncertainty cast over a rising team that just last season reached the playoffs for the first time in nearly a decade-and-a-half and that has two young players locked down under max contracts.

It’s reductive to simply say the Wolves did this to themselves. Butler’s antics are more or less unprecedented, even if we don’t know the whole story of why he turned on the team, and it’s hard to ever understand the interpersonal dynamics that can throw off a locker room. But the organization has also reportedly been misaligned in how they’ve spoken with potential trade partners. A big reason for this appears to be the imbalance of power between owner Glen Taylor and coach/president of basketball operations Tom Thibodeau, who allegedly dragged his feet initially at the proposition of once again losing a player he seems to consider an on-court avatar of himself. Pat Riley may or may not have called Tom Thibodeau a mother****** after negotiations stalled in the eleventh hour between the Heat and Wolves.

Allowing this to spill out into the regular season is costing the 4-7 Wolves crucial wins in an ultra-competitive conference, and that’s without considering the toll on the young core and the way it can sour a fanbase. Given that Butler’s on the last year of his deal, it’s hard to not fault the Minnesota front office for balking at a reasonable deal that would’ve sent him packing and returned a level of stability to the franchise. Sometimes, a team needs to know when to pull the trigger and value what they’re building on in the present.

Other approaches have also gone pear-shaped. The Cavaliers, who faced a similar issue last season, didn’t fare well after trading Kyrie Irving roughly a month after he asked out of Cleveland. Whether or not it’s fair to re-litigate the return they got (a broken Isaiah Thomas, Jae Crowder, Ante Zizic, and an unprotected Brooklyn pick that became Collin Sexton), the Cavs were dealing with a void in leadership at the time news broke, and their attempt at hedging between the need to compete in the present and preparing for a post-LeBron future may have left their cupboards bare on both ends. It’s possible a more cohesive front office may have repaired the relationship or sought out a better package in return.

The Spurs have dealt with two very different types of trade demand scenarios over the past few years, coming to palatable resolutions both times. On the one hand, there was LaMarcus Aldridge, a perennial All-Star who was unhappy with his role on the team and ready to move on. Gregg Popovich’s handling of the situation demonstrated the team’s frank and personal approach to assuaging the player and learning to work the system around his star rather than the other way around.

“I was very candid with him,” Popovich said. “I told him I would be happy to trade him. You get me a talent like Kevin Durant and I will drive you to the airport. I will pack your bags and I will drive you there,’ and he laughed. And I said, ‘Short of that I am your best buddy, and you are here for another year and you ain’t going nowhere because for you talent-wise, we are not going to get what we want, so let’s figure this thing out. And we did.”

After re-upping in San Antonio for three more years last summer, Aldridge and the Spurs appear to have figured it out. He had one of his best seasons in 2017-18, carried the team into the postseason, and ended up an All-NBA 2nd Team selection.

PATFO clearly couldn’t make it work with Kawhi Leonard, despite attempting to apply the same conversational long game they did with Aldridge. And when it became clear that things had indeed become irreparable and there would be no Return from Injury Management, they took their time to move him, letting the draft come and go and waiting to find a partner in Toronto who was willing to part with another All-NBA 2nd Teamer in exchange for a home-run swing at Leonard. It’s not unlike the patience the Nuggets applied when forced to move Carmelo Anthony, Thus far, DeMar DeRozan appears to be a seamless fit in San Antonio, and the Spurs are marching along in a better place than they were last season. So it goes.

There are cultural and organizational nuances that facilitate success amid these star crises. In San Antonio, it begins with a hierarchy of decision-making — not player-driven like LeBron’s Cavs or muddled by a coach who is focused on winning now. Gregg Popovich has far more say in front office decisions given his dual status as president of the team and head coach, but it’s far more collaborative alongside General Manager R.C. Buford and not obstructed by ownership. He also has the job security and trust to help make things work in the midterm as much as the short- and long-term. It speaks to the personal touch the team brings to every relationship, as well as an approach that appreciates the long view but not at the expense of overvaluing assets over players.

We haven’t seen the last stand-off in the NBA between star and team, especially if the concept of under-contract players exercising their “pre-agency” continues to be a thing. And, as recent history has shown, the Spurs are by no means immune to them, either. That said, they’re probably built better than most teams to cope with these crises, an underrated strength for an organization that tends to find ways to be better on the margins.